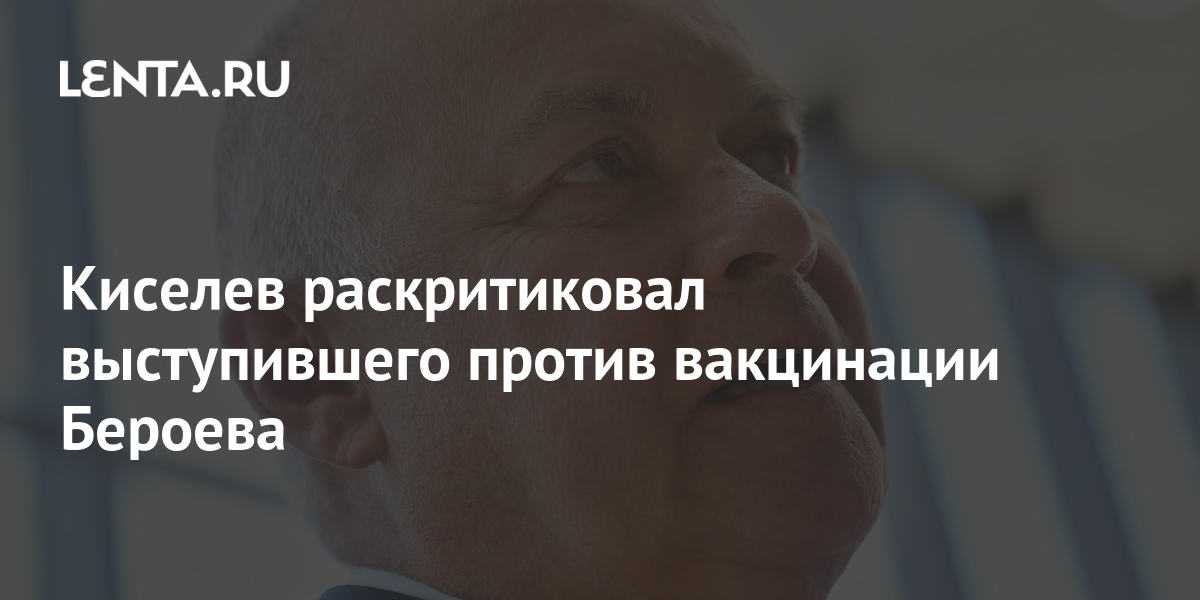 TV presenter of the Russia 1 channel Dmitry Kiselev, on the air of the Vesti Nedeli news program, criticized actor Yegor Beroev for speaking out against compulsory vaccination and the inadmissibility of discrimination against Russians who have not been vaccinated against coronavirus. Issue published on Youtube…

“Actor Yegor Beroev distinguished himself. This is exactly the case when it is better to chew than talk. Beroev decided to play the role of an anti-vaccine, a victim of the regime, ”said the host.

According to Kiselev, the artist personally wrote the lyrics for the performance, so the speech “turned out to be funny in a bad sense – when an actor plays a tragedy with pathos, but it’s awkward to watch.”

The presenter also added that Beroev “himself staged the role and himself selected the props in the form of a six-pointed star.” Kiselev considered that Beroev “wove something inappropriate about the struggle of the Soviet people against fascism.”

Earlier, the Russian actor and TV presenter Oscar Kuchera speculated on the topic of vaccinations against coronavirus. He also supported his colleague Beroev. The artist clarified that he does not consider himself an anti-vaccine or a covid-dissident, but opposes vaccination under the threat of losing his job.

Beroev made a statement about coronavirus restrictions at the TEFI – Chronicle of Victory award ceremony. He took to the stage wearing a jacket with a large yellow star, similar to those that the Nazis forced Jews to wear in German-controlled territories during the Holocaust. The artist called for “not to allow the segregation of society into smart and stupid, Jews and non-Jews, vaccinated and unvaccinated.” Beroev also announced that he had not been vaccinated, and wondered why the “descendants of the winners” allowed covenant prohibitions.