Kipchoge in history: an Olympic marathon encore like Bikila. Blues back 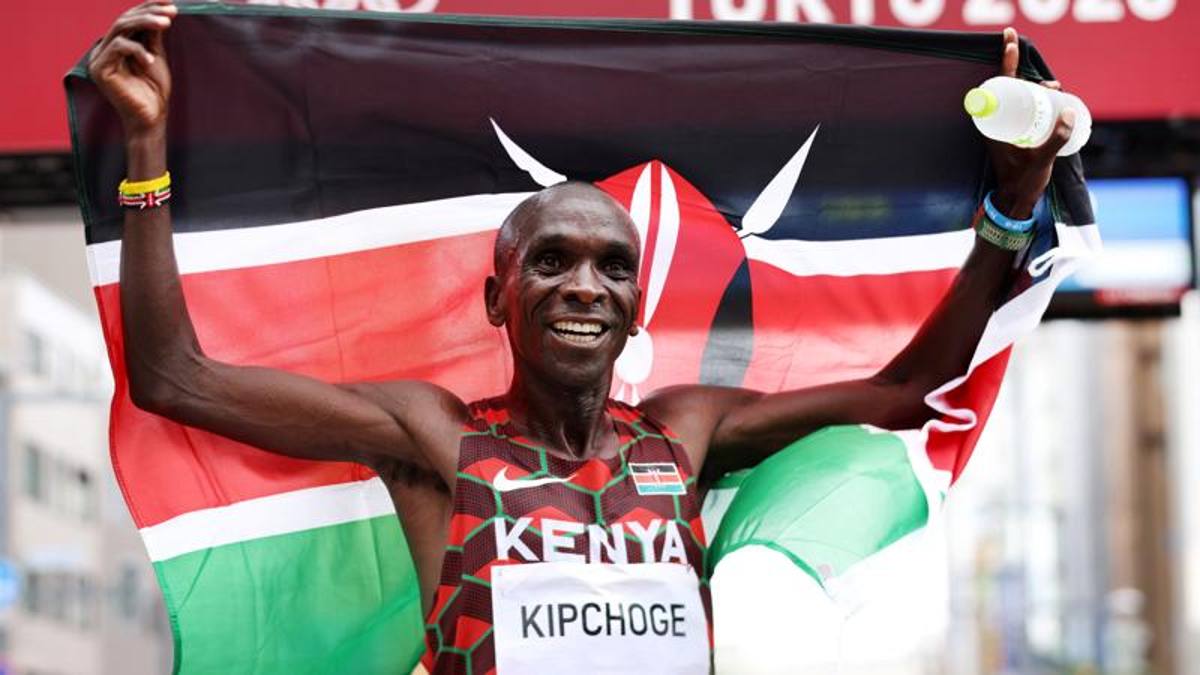 After Rio 2016, the Kenyan repeats itself. Azzurri back: Faniel, 20th, is the best. El Fathaoui closes 47th, Rachik retires

The king is back: Eliud Kipchoge, at this point the greatest marathoner in history, is Olympic champion again. After Rio, Tokyo. Indeed, Sapporo. The Japanese Athletics Olympics could not have a more worthy last winner: the Kenyan master of the 42 km launches the decisive attack shortly after the 30th km and there is no more history. His is a triumphal ride. After the Abebe Bikila of Rome 1960 and Tokyo 1964 and the Waldemer Cierpinsky of Montreal 1976 and Moscow 1980, he is the only one to have won two titles in five (consecutive) circles over 42 km. Eliud, a legend, closes in 2h08’38 ”. Then – sensational – two Europeans (acquired): the Dutch Nageeye (2h09’58 “) and the Belgian Abdi (2h10’00”).

The heat conditions: the race is “slow”. After a passage to the half in 1h0513 ”, at the 30th (1h32’31”), eight remain in the leading group. It is at that point that Kipchoge decides to take the initiative. The advantage, first of 10 meters, then of 20, then of 50, soon becomes unbridgeable. Between 32nd and 33rd he goes from 7 to 15 ”. The Kenyan has strong and wonderful action. Just like in the good old days. Anyone who thought that London’s misstep last October was swan song is served. The partial between the 30th and 35th km is 14’28 ”! With 28 degrees. With 73% humidity. At 36 years old. What a phenomenon. Seeing it in action is a joy to behold. There is an audience along the route in Hokkaido: they witness a unique show. Behind the king, the fight for second place is fierce. At the 40th km (for Kipchoge 2h01’55 “, an advantage of 1’17”), there are still four behind him. The sprint for the place of honor is incandescent. Surprisingly, Abdi Negeeye and Bashir Abdi appear, both athletes of Somali origin. Then there are the other Kenyan Lawrence Cherono (2h10’02 “) and the Spanish Ayad Lamdassen (2h10’16”). Eliud’s margin of victory is the widest in Olympic history since the one with which the great American Frank Shorter won in Munich 1972.