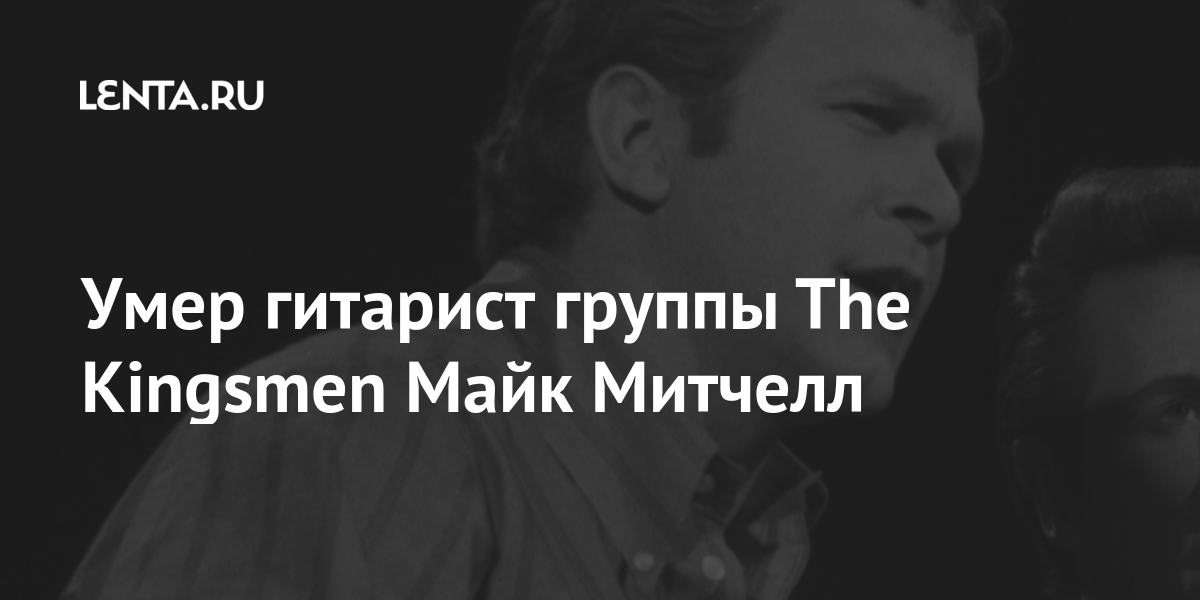 The guitarist of the American rock band The Kingsmen Mike Mitchell has died at the age of 77. It was reported by The Guardian on Monday, April 19.

The cause of the musician’s death has not been disclosed.

Mitchell remained the last member of the original lineup to be formed in Portland, Oregon in 1959. He, in particular, took part in the recording of a cover of the composition Louie Louie – a song originally recorded by musician Richard Berry in 1955, performed by The Kingsmen, reached the top of the American charts, making the group famous in the United States.

The Kingsmen’s discography includes six studio albums. The last album, Up and Away, was released in 1966. The group is currently continuing its concert activities.

On April 13, it became known about the death of the soloist of the Pesnyary group Leonid Bortkevich. The artist was 71 years old.

Pianist Cyprien Katsaris: Music for films that don’t even exist