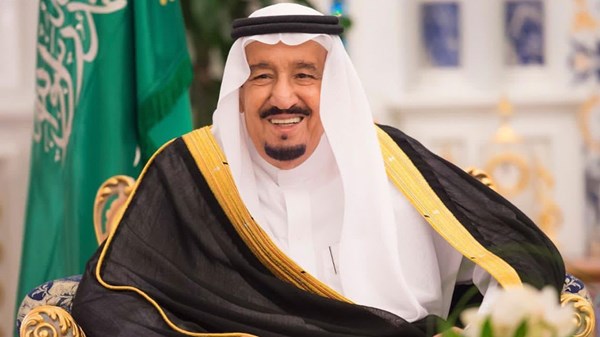 Saudi King Salman bin Abdulaziz Al Saud praised the distinguished relations between Saudi Arabia and Egypt, which everyone is keen to develop in all fields.
This came in a congratulatory cable sent by King Salman to Egyptian President Abdel Fattah El-Sisi on the occasion of his country’s National Day, according to the Saudi Press Agency (SPA) today, Thursday.
The Crown Prince, Deputy Prime Minister and Minister of Defense, Prince Muhammad bin Salman, also sent a cable of congratulations to the Egyptian President on this occasion.
The Saudi Crown Prince expressed his best wishes and congratulations to the Egyptian president, wishing the Egyptian government and people further progress and prosperity.