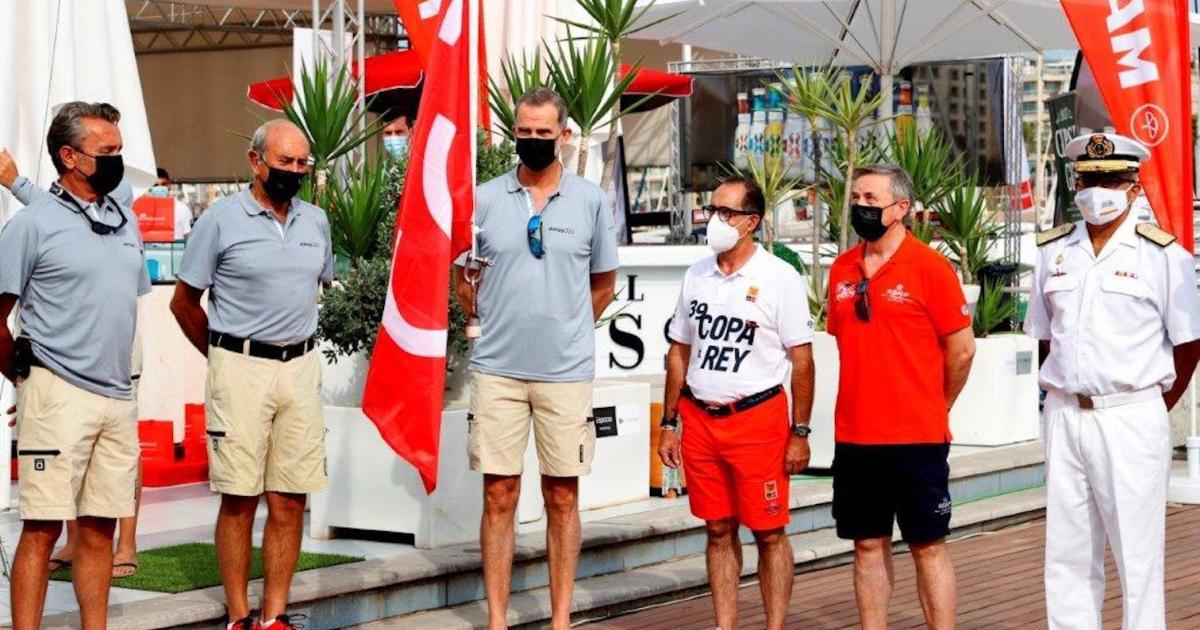 King Felipe VI attended the hoisting of the commemorative flag on the 5th centenary of the first round the world trip by Fernando de Magallanes and Juan Sebastián Elcano.

The event was attended by Don Felipe, 14 crew members of Aifos 500 who are taking part in the Mapfre Copa del Rey in Palma; the RCNP President, Emerico Fuster; Rear Admiral and Navy Advisor for the commemoration of the V centenary of the circumnavigation, Santiago Barber and the Commander of the Naval Sector of the Balearics, Dámaso Berenguer.

King Felipe VI exchanged his face mask for a black one with the commemorative logo of the ephemeris before the event.

The Aifos 500 has been renamed for this edition of the Copa del Rey and ithere’s a large effigy of the Basque sailor, who completed the circumnavigation in 1522 on its main sail.

King Felipe VI took part in the third day of the competition, sailied in the first regatta on Monday and joined the training session on Sunday.

The Aifos 500 was in second position in the ORC 1 after the first two days of the competition.