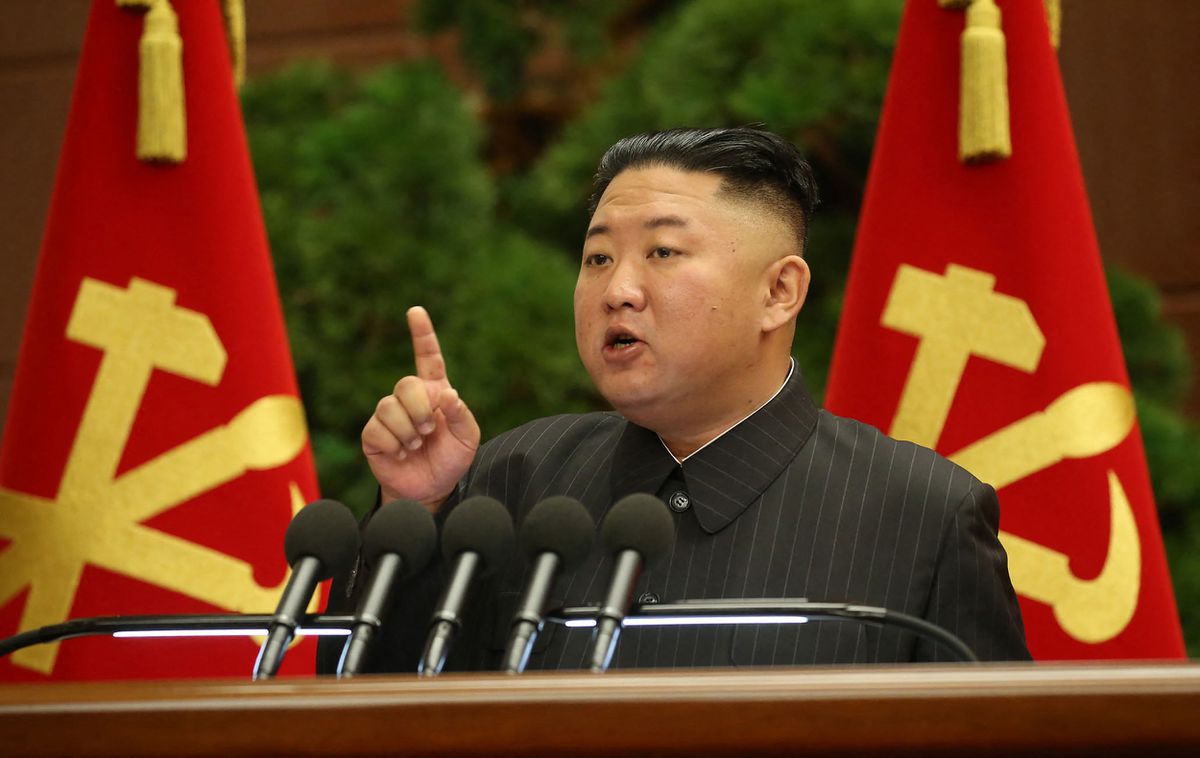 Kim Jong-un has admitted for the first time that North Korea has suffered “a serious incident” related to the pandemic. So serious that it has posed a risk to citizens and the nation and has deserved a harsh criticism from the Supreme Leader of the responsible commanders, according to the state agency, KCNA. Although what the error consisted of, or who made it, is a mystery, as the agency does not provide details.

As explained by KCNA, Kim called a meeting of the Politburo (Central Committee) of the Workers’ Party to discuss the “resignation of some senior officials” in the implementation of the necessary measures against the “global health crisis.”

North Korea has kept its borders closed since China detected in late 2019 in Wuhan the first cases of what would end up becoming the coronavirus pandemic. In public, it maintains that it has not detected any case of Covid-19 within its territory over the year and a half since then, although the governments of the United States and South Korea are skeptical about this claim.

Officially, it has only tested 30,000 people, out of a population of 28 million. In July of last year he did speak of the possibility of an outbreak, when a man crossed the border from South Korea. But although the border city of Kaesong, where the deserter passed, was confined for 20 days, it was never confirmed that cases had been detected.

The “retirement” of “lazy” officials, Kim has warned, “has betrayed the trust and expectations of Party members and the people.” Failure to comply with the measures has “created a great crisis when it comes to guaranteeing the security of the State and the safety of the people and has had serious consequences. During the meeting, KCNA explains, “harsh criticisms” were issued against the aforementioned commanders, who “revealed ignorance, incapacity and irresponsibility” in their management.

The agency cites that several members of the Politburo were replaced, but does not specify who or how many exactly, or if the changes were related to the complaints.

Two weeks ago, at a meeting of the plenary session of the Central Committee, Kim had already urged senior party officials to be less “selfish” and more ideologically pure. But the virulence with which he has spoken out on this occasion, in which he has widely complained about the behavior of senior officials, may point to possible purges. “All commanders must always bear in mind that the prestige and image of our Party are reflected in its work style and moral characteristics,” he pointed out.

His complaint coincided with the recognition that the country faces a “tense food situation” due to the floods and typhoons suffered last year. The North Korean supreme leader also affirmed then that, although in general the economic situation has improved – in January he admitted that the objectives of the previous five-year plan had been breached – the conditions facing the country “have worsened so far this year.”

In statements collected by the South Korean news agency Yonhap, the South Korean Unification Ministry, in charge of issues related to its neighbor to the north, indicated that at first glance this week’s Politburo meeting in Pyongyang seemed aimed at tightening the internal discipline of the party for the campaign against the pandemic.

“There may be several possibilities, including increased internal discipline,” declared an unnamed ministerial official. “It is still difficult to say [de qué se pueda tratar exactamente el ‘incidente grave’], since no details have been released. “