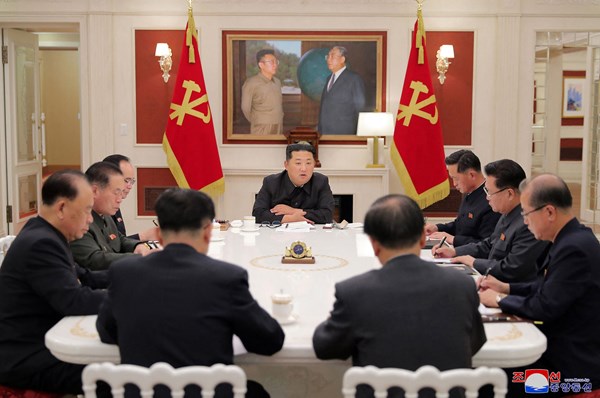 North Korean leader Kim Jong Un said that the negligence and laziness of government officials has exacerbated the outbreak of the “Covid-19” outbreak in the country, state media reported Wednesday, at a time when the number of known cases exceeded 1.7 million.
North Korea reported its first cases of the coronavirus last week. And the number of infections with the Omicron mutant is increasing, which shows the failure of the two-year closure measures.
While presiding over a meeting of the ruling party’s Politburo on Tuesday, Kim said there was “immaturity in the state’s ability to deal with the crisis” and criticized “the unhelpful and lax attitude of senior state officials,” according to the official North Korean News Agency.
North Korea recorded 232,880 new cases of “fever” on Tuesday evening, bringing the total number to 1.72 million and 62 deaths, according to the agency.
Official media did not specify the number of infections and deaths from the emerging corona virus, but experts say that the authorities will have difficulty conducting large-scale tests.
At the meeting on Tuesday evening, Kim promised to “wake up the whole party like an erupting volcano” to counter the virus outbreak.
Kim has put himself at the forefront of the country’s epidemic response since North Korea announced its first case of Covid last week, noting that the outbreak is causing “major turmoil.”
Medicines donated by the Kim family were distributed to North Koreans in South Hwangi Province, according to state media, in an effort to highlight his personal role in fighting the epidemic.
About 3,000 army medical personnel are participating in a “round-the-clock service of drug delivery and supply,” state media reported Wednesday.

The World Health Organization on Wednesday expressed concern about the massive damage the mutant omicron could do to the unvaccinated population of North Korea, and renewed its offer of help, from vaccines to medical equipment.
WHO chief Tedros Adhanom Ghebreyesus said, “The World Health Organization is deeply concerned about the risk of Covid-19 spreading further throughout the country, especially since the population has not received vaccinations and many people have a medical history that puts them at risk of seriously ill from the disease.”