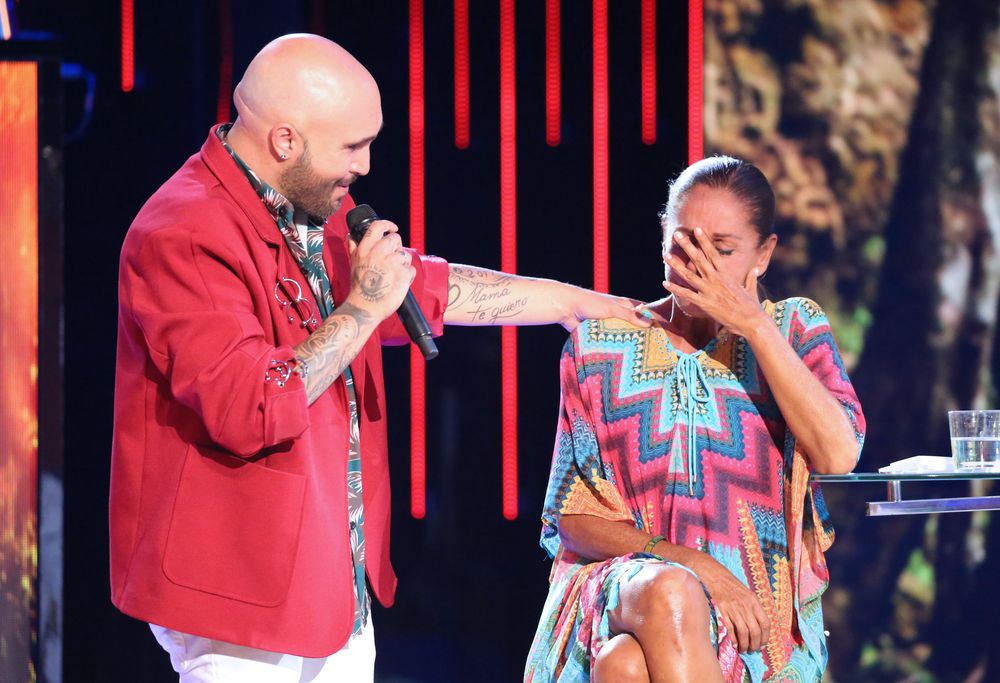 Isabel Pantoja and Kiko Rivera, the only son she had with the bullfighter Francisco Rivera Paquirri, they were mother and son “of the soul” until just five months ago, when the accounts of one and the other began to show cracks and the Telecinco sets became the divan in which the disc jockey showed the seams of a family that does not seem as idyllic as the tonadillera and their songs sold.

The new chapter of this televised novel with real characters has seen the light again exclusively in the magazine Readings. This time to figure out the amount that Isabel Pantoja owes her son for the inheritance of his father, who died on September 26, 1984 because of a goring while fighting in the plaza of the Cordovan town of Pozoblanco. The fact that 36 years have passed since then has not been enough balm for the wounds that death caused in two families: that of Isabel Pantoja, who was left a widow with a seven-month-old son, and the one that the bullfighter had previously formed with Carmina Ordóñez with who had her two oldest children, Fran and Cayetano Rivera, who are currently 47 and 44 years old. The two of them have been claiming Paquirri’s objects from the singer since he died and the papers of his inheritance were arranged.

Kiko Rivera has been clear and forceful after gathering financial information about her alleged assets, consulting with her lawyers and repeatedly asking her mother – yes, in public, not in private – to resolve her conflicts and pay her what is hers. And the summary of so much pain and anger as he claims to have is summed up in one sentence: “My mother owes me almost five million.” From her point of view, Isabel Pantoja has managed Paquirri’s assets and inheritance in a selfish way and with an ambition for money that her son places at the center of the conflict that faces them today.

The son of the couple whose love has represented the essence of Cañí Spain for years – the bullfighter and the tonadillera – wants as a first step to sell his part of the Cantora farm, where Isabel Pantoja currently lives cloistered. For this part of the estate most beloved by Paquirri – which in his will bequeathed to his young son, although the later arrangements of the inheritance were also left in the hands of Pantoja – the disc jockey he asks for between 1.5 and 2 million euros free of charge, according to what he himself details in the aforementioned magazine.

He affirms that he wants to do it before his mother “leaves Spain”: “After he does whatever he wants.” The company, in any case, is not turning out to be easy because, as Rivera explains, he can only show the farm and not the house. “I am a co-owner, but she is the one who lives there,” he says in reference to his mother, “therefore we show the farm, but we cannot show the house inside.” The singer’s son gives some more information that reflects the tense moment the relationship with his mother is going through: “The key that I had is no longer valid, they have changed the lock. The person who has gone to show the house is a friend of the family ”.

The beginning of this confrontation that seems doomed to break the relationship that existed between mother and son began on November 13, 2020 when Kiko Rivera stood on a Telecinco set in front of Jorge Javier Vázquez to reel off the conflict, until that moment private, that confronted him with his mother and that also splashed his two father’s brothers: Fran and Cayetano Rivera. After dawn, after hours in which the camera had mercilessly focused on the disconcerted face of the son of widow from Spain, the bomb arrived: that event that occurred on August 2 of this “damn 2020” as Kiko himself said and marked a before and after in the relationship with his mother.

Until then, a son had been seen astonished at papers and dates that showed, as far as he knew how to explain, that his father’s wishes regarding the destination of his property at the time of his death had not been respected. At least not as he had written in his will. The viewer who came across the interview remained hooked on the words that a son who until three months ago adored his mother and had defended her tooth and nail: “My mother, according to this,” said Kiko Rivera, brandishing a folder with papers, “he has not been a good person for 34 years.” “I make it public because I have asked in private many times and the answer has always been: ‘I have nothing,’ as if it were sad”. “They have said that I am a maintained, but this shows [afirmó mostrando una carpeta que llevaba en su mano] that I have been my mother’s credit card ”. “I can’t stop loving my family, but I can’t forgive.” “I have lost years of relationship with my brothers.” “Mom, why did you do this to me? You have raised me thinking that everything that was called Rivera was bad ”. “All my life I have thought that my grandfather, my uncles, my brothers did not love me and that is very sad because I do not know how to recover that time.”

The papers that he showed to support his words contained dates, dispositions of the deceased father on how to distribute the assets between his three children, his parents and brothers and his widow, Isabel Pantoja, with whom he had married on April 30, 1983. The summary of this long and dense part is that Kiko Rivera firmly believes that her mother has deprived her of part of her inheritance and that she has used Cantora, the estate that her father bequeathed to her and of which she originally had the usufruct, to get credits that now weigh her down. All making legal movements while he was a minor and his mother was his representative but also an interested party in the arrangements.

Dominant Money Managers: Fear of the Power of Blackrock