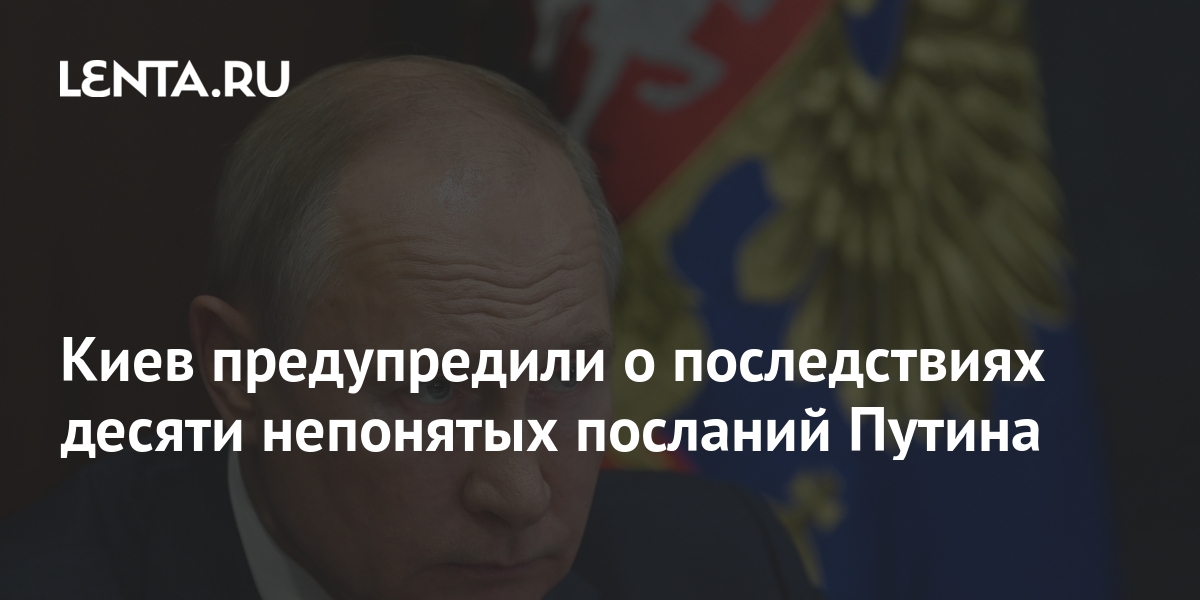 Verkhovna Rada Deputy Renat Kuzmin said that Russian President Vladimir Putin gave Ukraine ten warnings, which the authorities in Kiev ignored, and warned in Facebook about the consequences of such a misunderstanding.

First of all, he noted the “message” about the Maidan, which no one understood. The second was Crimea, but “again it did not reach.”

In turn, Deputy Prime Minister of the Crimean Government Georgy Muradov warned the participants of the international summit “Crimean Platform” about the painful consequences in case of its holding, reports RIA News… In particular, this could be the seizure of assets and a ban on entry to Russia.

Deputy Kuzmin called Donbass the third warning from Putin, but it also passed Kiev. He lamented that the authorities are urging those who do not like what is happening in the country to leave for Russia, referring to the recent statement by the head of state, Volodymyr Zelensky.

The Ukrainian leader advised residents of Donbass who have sympathy for Russia to leave the region, as sooner or later it will return to Kiev’s control. At the same time, he urged residents who consider themselves Ukrainians to stay put, otherwise there will be no “civilization” in these lands.

Deputy of the Verkhovna Rada Anton Polyakov in his TelegramThe channel noted that, despite the agreement between Germany and the United States not to introduce new sanctions against Nord Stream 2, gas prices have increased.

No one in Europe, let alone in Ukraine, is able to stop Nord Stream 2. It will be launched and will become an important lever of influence on Europe from the Russian side. Our European “partners” can sing as much as they like about “support” for Ukraine, but they are ready to support it only in warm apartments.

On July 21, the United States announced the details of an agreement with Germany on Nord Stream 2. Washington agreed not to interfere with the completion of its construction in the territorial waters of Germany, but Berlin committed itself to renewing the current contract for the transit of Russian gas through the territory of Ukraine.

Among the warnings of Russian leader Vladimir Putin, Renat Kuzmin named an increase in gas prices, the seventh was a lawsuit against Ukraine in the ECHR, as well as a statement to the UN, an article by Putin on the unity of Russians and Ukrainians and an accusation of illegal persecution of the head of the political council of the Opposition Platform – For Life party Victor Medvedchuk.

Do you think they really do not understand how all this can end? And even after Putin’s words that Ukraine, upon leaving the USSR, illegally grabbed foreign territories with a multimillion population?

Earlier, the Ukrainian general, the former governor of the Luhansk and Transcarpathian regions, Gennady Moskal, spoke about the fear of the Ukrainian President Volodymyr Zelensky of the Russian leader Vladimir Putin. According to him, Zelensky refuses to meet with Putin because he is “cowardly” and is afraid of the head of Russia. Moskal stressed that because of his phobia in front of the Russian leader, the President of Ukraine does not want to go to Moscow and will find a lot of reasons not to.