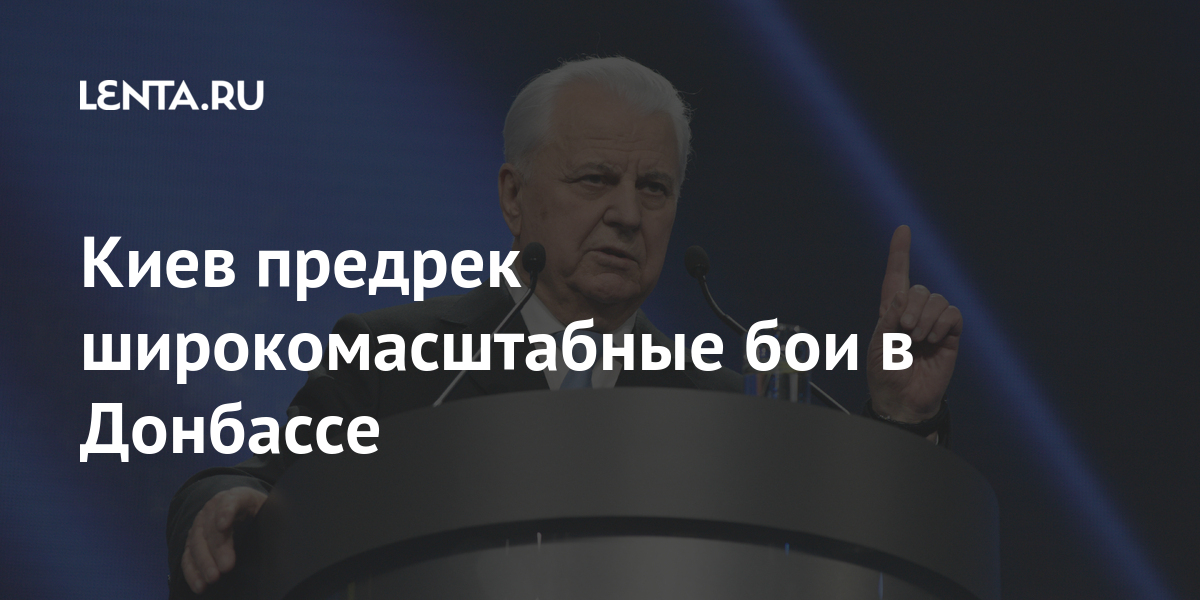 The head of the Kiev delegation to the Trilateral Contact Group on Donbass, Leonid Kravchuk, predicted the deployment of a large-scale conflict in Donbass, in connection with which he called for the involvement of the United States in the negotiations. He stated this on the air of the Ukraine 24 TV channel, reports RIA News…

According to Kravchuk, the conflict in Donbass is not only a Ukrainian or even a European issue. “This is a question of a possible large-scale conflict if Russia does not stop at its appetites,” he said.

Earlier on March 13, Secretary of the National Security Council of Ukraine Oleksiy Danilov called the information that Kiev was going to go on the offensive in Donbass as rumors and disinformation. He blamed the spread of them on Russia. According to him, Moscow is conducting a psychological attack on residents of certain areas of Donbass that are not controlled by Kiev.

Relations between Kiev and Moscow deteriorated sharply after the reunification of Crimea with Russia in March 2014 and the outbreak of conflict in Donbass in April of the same year. Part of the Donetsk and Luhansk regions declared independence. Kiev tried to return them by force, but to no avail. Ukraine accuses Russia of armed aggression and occupation of Crimea and Donbass regions. Moscow does not consider itself a party to the conflict and rejects claims.

The 2021 Grammys want to inaugurate the return to normality

“I practically don’t know anyone who is for Laschet”: The first CDU politicians run into the Söder camp when there is a K question