Kidnappers tortured Russian and sent audio screaming to his family 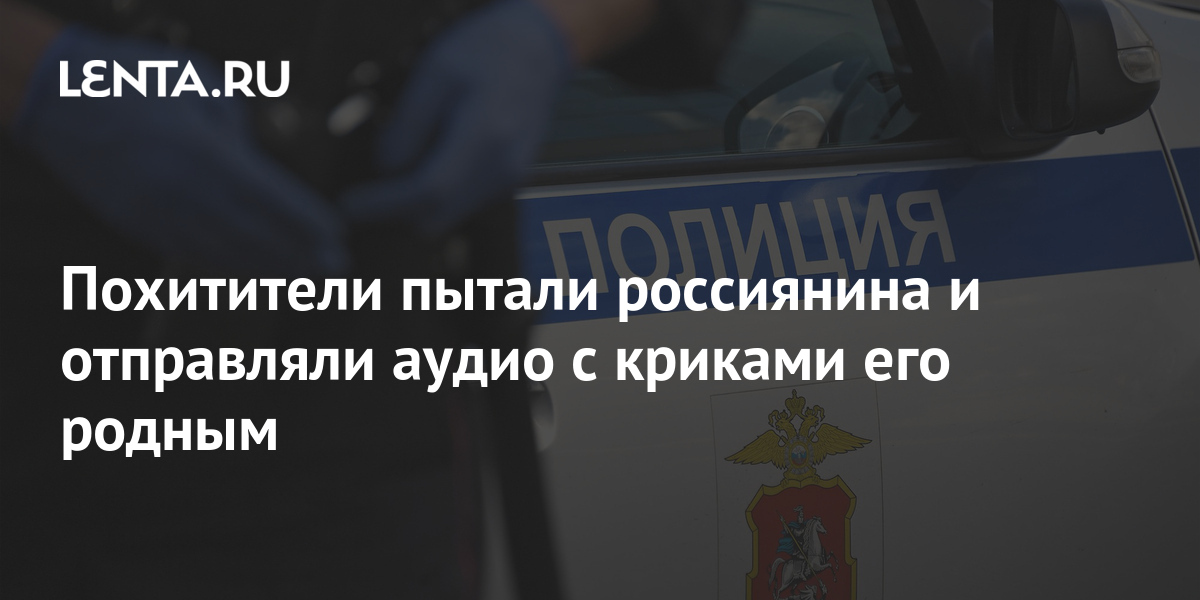 In the Leningrad region, the police and the FSB detained bandits who tortured a Russian and sent audio screaming to his relatives. This Monday, June 28, reported on website Ministry of Internal Affairs of Russia.

According to police, in May a resident of Pskov told law enforcement officers about the disappearance of her 27-year-old son, who did not return from work. Soon, detectives found his car in the forest, there were traces of blood inside. The Investigative Committee (IC) opened a criminal case under Article 105 (“Murder”) of the Criminal Code of the Russian Federation.

In the course of the investigation, it turned out that the man was abducted by the bandits, who beat him and, threatening him with a weapon, put him into a car. Then he was taken to the Leningrad region and held in various private houses, which were constantly changing for the sake of conspiracy. The criminals extorted two million dollars from his family, and the hostage was constantly beaten. To help relatives collect money faster, they were regularly sent audio recordings of the torture of the kidnapped.

During the special operation, two suspects were detained in a house located in the Vsevolozhsk district of the Leningrad region. The bandits tried to resist and escape, but were rendered harmless. Inside the security forces found a kidnapped Russian with multiple injuries. He was handcuffed, his legs were tied, and his eyes were bandaged.

According to the official representative of the Ministry of Internal Affairs Irina Volk, measures are currently being taken to establish all the facts of the criminal activity of the defendants.