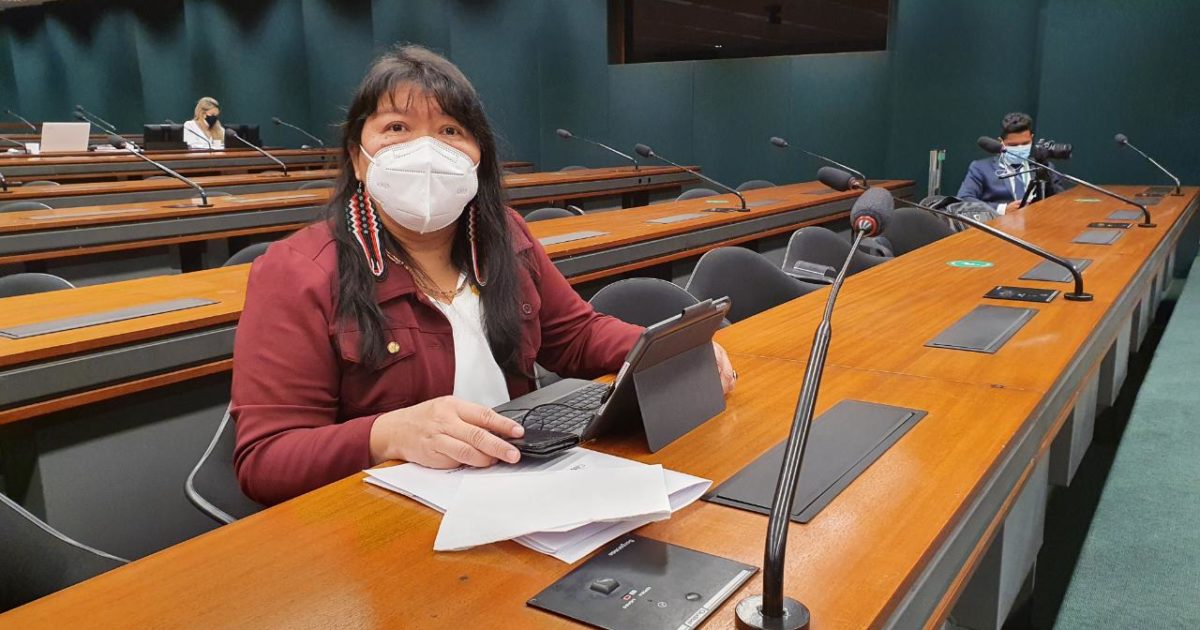 the federal deputy Joenia Wapishana (Rede-RR) states that the bill 490/07, which deals with the demarcation of indigenous lands, is unconstitutional and brings great setbacks to indigenous peoples.

“The text that was approved has constitutional risks. […] It’s a setback for human rights and a setback for the environment as well. The impact is serious”, says the deputy.

In an interview with power360, Wapishana said that indigenous peoples help to preserve the lands they occupy and, with that, “collaborate” in the preservation of the environment.

Voting on the bill was concluded on June 29 at the CCJ (Committee on Constitution and Justice) and now goes to the plenary of the Chamber.

The congresswoman says she will work so that the project does not go forward. Wapishana declares that it is necessary to “sensitize” and “inform” colleagues about the text that was approved by the CCJ.

“[Eles] They don’t know that indigenous peoples are 305 different peoples, different languages. I am just one of those people, the Wapishana, who have their own language, their own customs, who have their way of life and who need to be understood. It’s not a people that needs to be heard, there are several”, he argues.

The deputy stated that there is a lot of discrimination and offensive words, of racism, in relation to indigenous peoples. She said she believes that this prevents the terms of consolidating the rights of indigenous peoples from moving forward.

Asked about the recent demonstrations registered in Brasília, São Paulo and other regions of the country, the deputy said that the acts were a “way of expressing yourself against any setback”.

About the act that culminated in a confrontation between the Military Police and indigenous people, she said that there was “encouragement on both sides and the Indians had their wounded too”.

The deputy also said that she filed one of more than 100 impeachment requests against President Jair Bolsonaro. He also stated that he received several complaints about the way the Indians were treated and sent a dossier to Covid’s CPI, which investigates the conduct of the pandemic by the federal government.

“We present a dossier with all the complaints, including related the vaccine, about the encouragement of chloroquine for indigenous peoples. And based on the document of the indigenous health system itself, asking that this responsibility be investigated”, he declared.

Among the numerous complaints, she revealed that she had received one about the action of miners who were offering vaccines to indigenous people in exchange for gold.

“All complaints that the Indigenous Parliamentary Front received were forwarded to Covid’s CPI, and I hope that the commission can investigate and people who work with indigenous health can be questioned about these complaints”.

The deputy said that it is just “one” within the National Congress. She advocates that indigenous peoples occupy more political and public spaces.

Wapishana said that people need “to meet”, “to respect” and “demand” also for indigenous rights.

“Today, the territories that indigenous peoples have, which they are actually taking care of, are the property of the Union. This is in law. The constitution only guarantees permanent possession and exclusive use of natural resources, but land is in the name of public patrimony. The land is an asset and a property of the union. So indigenous people take care of this good for everyone“, said.