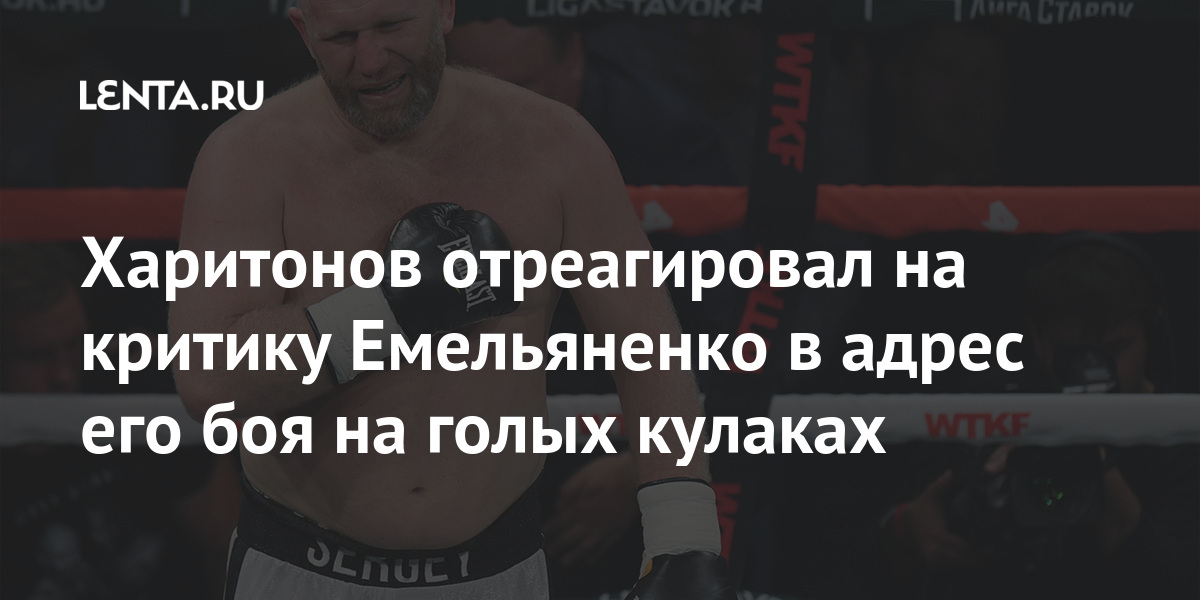 Russian mixed style fighter (MMA) Sergey Kharitonov in an interview Youtube-channel Alexander Lyutikov reacted to the criticism of compatriot Alexander Emelianenko about his fight with his bare fists.

Kharitonov said that he was not in the least touched by the words of Emelianenko. “I do my job, and I don’t care who says what. There will always be envious people, so everything is fine with me, everything continues. There are many loud, bright fights ahead, ”the athlete added.

On April 19, Emelianenko ironically reacted to Kharitonov’s victory at the Stone Faces tournament, which was held in the United States. He believed that the athlete had found his level of rivals by knocking out American Mike Cook, who had two defeats.

Emelianenko and Kharitonov repeatedly got into a skirmish on social networks. The conflict between the fighters began back in 2011. Both heavyweights are best known for their performances in Pride.

Sports The world's first professional women's wheelchair basketball league coming next year: "We are no longer seen as limited athletes, but as athletes"