“Khalifa University” ranks 183 globally according to the “QS” classification. 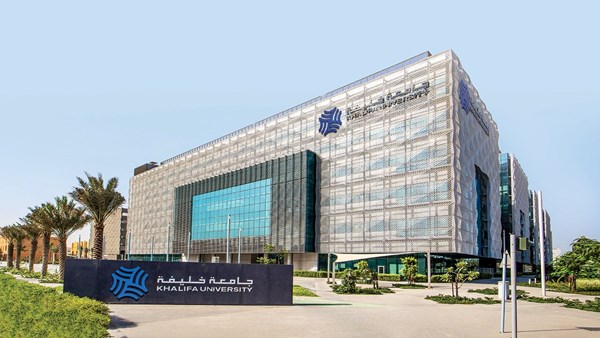 Khalifa University of Science and Technology announced its advancement to the 183rd place at the level of universities in the world, and for the first time in the history of the country, according to the international classification for the year 2022 issued by the “QS” Foundation, which is one of the most famous international classifications for comparison between universities, due to its reliance on analysis and measurement The components of academic institutions in terms of the level of education, the quality of scientific research outputs, and the scientific and professional capabilities of graduates.
With this QS ranking, Khalifa University has become the first and only UAE university to be ranked among the top 200 universities in the world.
On this occasion, His Highness Sheikh Hamed bin Zayed Al Nahyan, Member of the Executive Council of the Emirate of Abu Dhabi and Chairman of the Board of Trustees of Khalifa University of Science and Technology, said: “The classification of Khalifa University among the top 200 universities in the world is a new global achievement that confirms the university’s continuous commitment to achieving scientific, research and academic excellence. In implementation of the vision of the wise leadership of the state and the embodiment of its unlimited support.”
His Highness stressed the important role that Khalifa University plays in accelerating the transition to a knowledge economy in the country by preparing qualified national cadres to lead the next stage of growth in vital sectors, such as science, technology, medicine and engineering as the real capital of the nation.

His Highness added: “The distinguished ranking that Khalifa University achieved in the (QS) ranking of the best universities in the world for 2022 comes as a translation of the world-class efforts made by members of the university’s academic staff who contribute to preparing and guiding distinguished students to achieve innovation in the fields of scientific research while ensuring the application of This innovative research is on the ground to benefit society.
For his part, Dr. Arif Sultan Al Hammadi, Executive Vice President at Khalifa University, said: “We are proud of this new achievement and an important milestone in Khalifa University’s journey, especially that the university’s classification was within the 460-451 range only five years ago, and now Khalifa University is the first Emirati university. It reaches the top 200 global universities to become the fastest growing university in the world under 50 years of age.”
He stressed that these achievements are the result of the careful follow-up of the wise leadership and the great investment that it has made in the country’s young men and women, and thanks to the great efforts made by members of the academic staff and researchers, and the academic and research excellence that our students enjoy in various fields.

international certificate
Khalifa University’s continued distinction in the world rankings of universities is the latest international certification that it has been steadily following its successful path since its establishment to become a global leader among the best universities in the twenty-first century in producing world-class research that has local and global impact. Khalifa University has received a “very high” evaluation in the research output category, according to the QS World University Rankings, which includes in its new version 1,300 of the most important and prestigious universities around the world.
The QS rankings of the best universities around the world include evaluating each academic institution, according to six criteria, including its reputation among academics and business owners. 20 The ratio of academic staff members to students. As for academic citations for each academic staff member, it is awarded 20%, while the ratio of academic staff members and international students receives a total of 5% each.