Kessie goes to the Olympics: Milan loses him for retirement. And on the renewal … 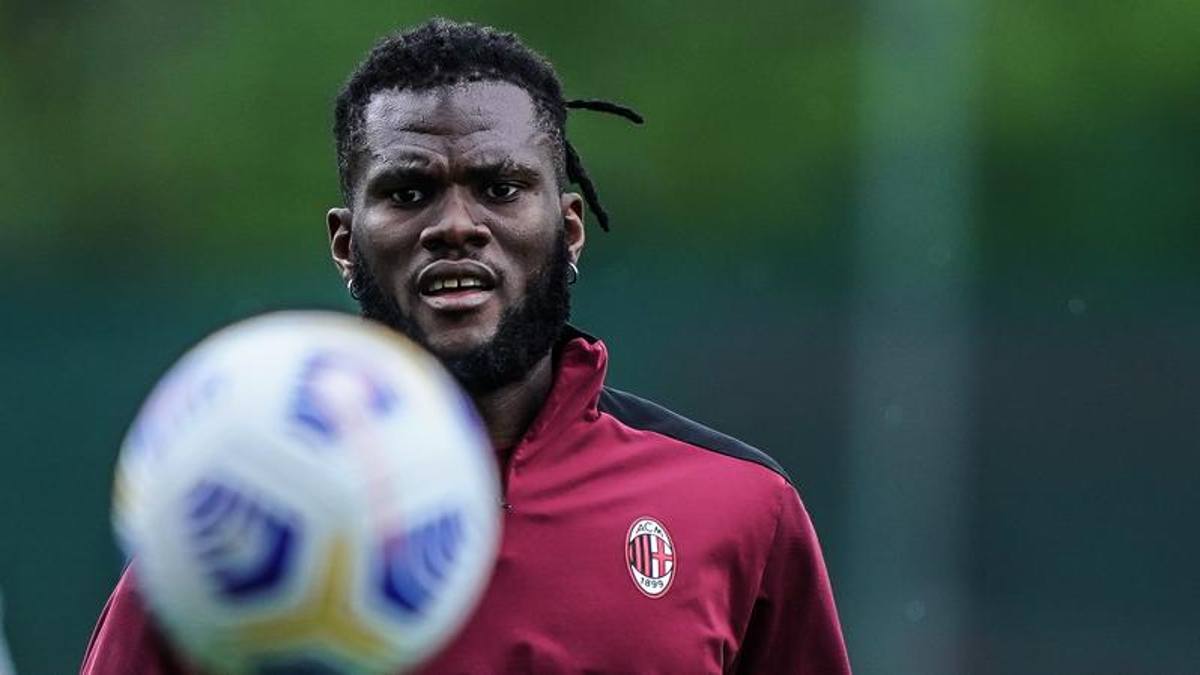 Franck is among the over-quotas: in January he will also do the Africa Cup of Nations. But the table with the signature club does not take off

Franck Kessie ended the fourth year of the Rossoneri as the most used player on the move. Only Gigio Donnarumma, who does not grind Franck’s kilometers between the posts in the middle of the field, has played more than him: 4350 seasonal minutes at 4171. Kessie was omnipresent: he was in the three rounds that accompanied Milan in the Europa League , he was in the rounds and eighths, he was in his place in the Italian Cup and obviously in the league, where his 13 goals were decisive for the reconquest of the Champions zone.

Is it possible that next year he should add two more competitions to so much work? So it will be: the new season will start in a few days, when Franck will fly to Japan for the Ivory Coast Olympics. And at the beginning of 2022 he will leave Milan for Cameroon, home to the 33rd edition of the African Cup. If the second commitment has long been known to the club, the first is a novelty. The coach Patrice Beaumelle has included Kessie in the squad list, occupying one of the three boxes from out of quota. Earlier he had asked for Franck’s availability, which was immediately granted. As well as the player was then timely in informing the club: he spoke with Stefano Pioli and with the management. An act of courtesy, Milan would never have prevented its participation in the event: it is the company line, which does not place restrictions on its players. Different if there had been physical problems to monitor at Milanello, but this is not the case. From the club they say they are calm also on the preparation front, that Kessie will jump and then join the race: from 22 July to 8 August (date of the final) in seven different states of six Japanese cities he will play to be awarded the medal. Since the post-pandemic, even the summer work follows a different schedule: it is certain that the Ivorian will miss the meeting on 8 July and the first training sessions with the team. Then he will immediately be at Pioli’s: no other holidays will be added to the holiday period he has enjoyed so far, with a wedding in the Ivory Coast with Joelle. He will warm up his muscles on July 22nd against Saudi Arabia, on July 25th against Brazil and on July 28th against Germany. Any quarter-finals will see him on the pitch from 31 July. Serie A will start on 22 August.

The coach will lose Franck again in January 2022, when he will be recalled to the Ivory Coast, this time to participate with the national team in the African Cup: 9 January-6 February for the finalists. A commitment that the club has been aware of for some time and that will probably convince the Rossoneri management to invest in the midfield: in the same period the team will lose Bennacer, that is the other half of the starting median. He is also involved in the competition and with Algeria to defend the title of holder of the trophy.

A season of overtime and in between Kessie and her agent will also have to find time to sign the new AC Milan contract. At least, that’s the club’s hope. The bond that binds the parties expires in June 2022, a condition that would allow the player to make an agreement with another team as early as January, and to free himself for free in twelve months. A story that Milan knows very well for having just lived it with Donnarumma and Calhanoglu, and which they want to avoid happening again. But he will have to hurry: Franck is very courted. In between, a negotiation that promises to be at least as intense as Franck’s sports season, who today earns 2 million and 200 thousand euros and asks for a salary that has practically tripled. Request of 6 million, much lower offer today.

The club is “limited” to double the current paycheck, with a proposal of 4 million plus bonuses. A recognition that the club deems deserved, in line with the contribution offered in the field and with the value attributed to the card, around 50 million. Other bonuses can help bring the parties closer, but not bridge the gap that remains today. The extension of Kessie, which the Rossoneri would like until the summer of 2026, is a priority of the club even if no appointments are announced between the parties. Milan must hurry, Kessie is already in the crosshairs of English clubs (Arsenal above all) and certainly there will be opportunities to show off with new tests of strength.