Kerr, the luxury deputy for Team Usa: “The lessons of Pop, Durant and …” 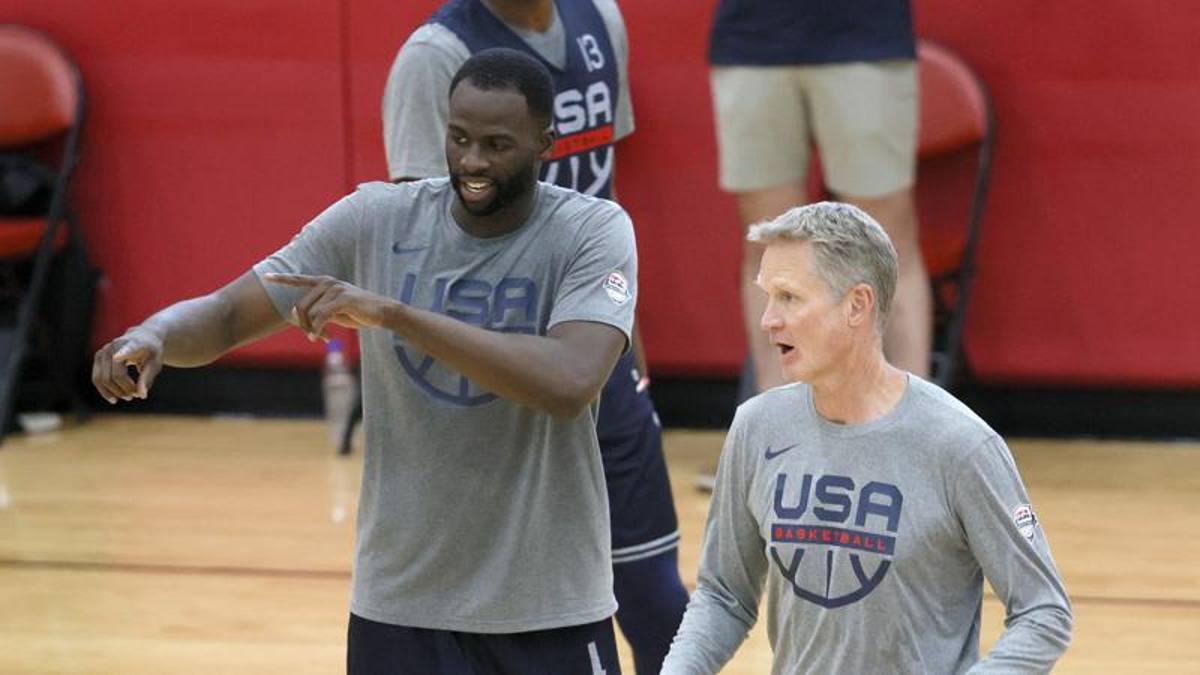 The Warriors coach is in Tokyo as the coach’s shoulder: “Incredible experience”

Together they were so good that someone even wanted them as a Democratic ticket for the White House in 2020. Gregg Popovich and Steve Kerr, on the other hand, are the ticket on the bench who tries to bring Team USA to the fourth consecutive Olympic gold medal in Tokyo. The roles are clear: Pop is the teacher and Kerr, despite being the guru of the Golden State Warriors, is the pupil. One who never wants to stop learning. “Working with him is an incredible experience,” says Kerr.

When Popovich was appointed Team USA coach he immediately asked Kerr to be his deputy. And coach Steve, one of the “godchildren” of the San Antonio guru, playing for whom he won the last two titles of his coaching career, immediately said yes. “I played for him for 4 years, so I tried him as a player, but it’s completely different when you work on it together,” explains Kerr. I enjoyed seeing how he prepares the game, how he plans training sessions. I believe he is an excellent communicator with players. It’s fantastic to see how he goes from the meetings between us coaches, in which we vivisect a game to understand how to win it, to the meetings with the players, the way in which he then communicates things to them. For me professionally it is an incredible experience, I am continually learning from him. And it’s also a fun experience on a personal level, because Pop is fun as a person ”.

Kerr knows very well that no matter how much feeling there is between him and Popovich, their success will be judged by what happens in Tokyo. The gold mission starts from France, the opponent on Sunday in the race that inaugurates the path of Team USA. The same opponent who sanctioned the disaster of the expedition to the Chinese World Cup two years ago, the first major tournament of the golden couple of the bench. “We know France, they have the same players as then. And it is one of the interesting things about Fiba basketball: we change teams every year, the ones we face remain the same. And for us it’s a huge challenge, because we play against teams that have that continuity that we don’t have ”. Speaking of missing continuity, Team USA began training in Tokyo without Devin Booker, Jrue Holiday and Khris Middleton, the three veterans from the Finals: “They will arrive on Saturday, we debut the next day and we are already discussing if and how to use them – explains Kerr – . They are three great players, three of the best in the world and they will definitely be part of our rotation. We just have to understand when, we will probably decide only before the match against France ”.

Team Usa needs certainties. One is Kevin Durant, who with Kerr won the 2017 and 2018 titles as mvp of the Finals and who arrives in Tokyo as the best scorer of the last two Olympics. “I’m happy to find him again, we’re having fun. He is a huge quality player, successful in both NBA and international basketball. Training him is an incredible experience because he is one of the most incredible players in history – says Kerr -. The NBA is this: if you hang around long enough, sooner or later you will find someone with whom you have shared something ”. Kerr wants to share more with KD: an Olympic gold medal. “When you put on the USA shirt you feel so proud: you feel you are part of the group, you want to represent the country in the right way, you want to be proud of what you have done. This is what we are trying to achieve ”.