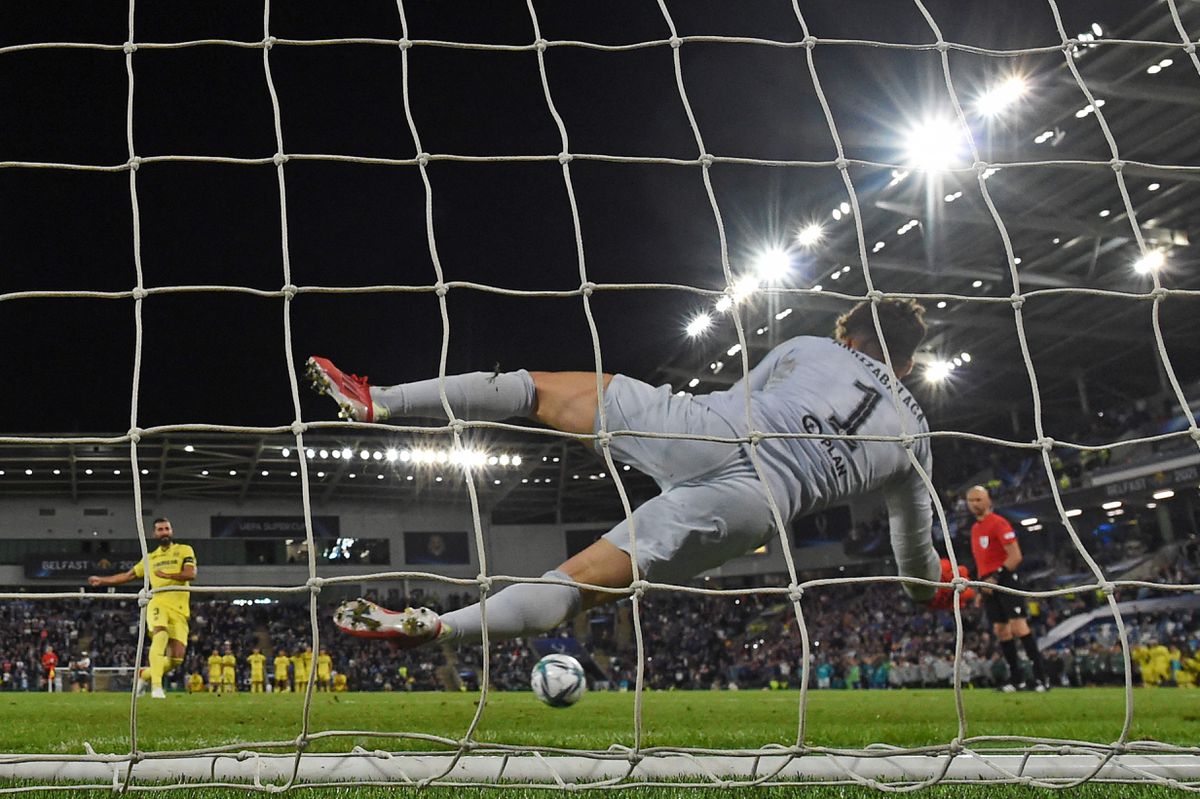 Kepa, Chelsea’s Spanish goalkeeper, gave the European Super Cup to the English champion after stopping two penalties in a shoot-out for which he came out in the 119th minute of extra time for Mendy. A decision by Thomas Tuchel that ended up unbalancing a Super Cup in which Villarreal, proud and competitive, only fell to the knee after Kepa stops Mandi and Albiol. Villarreal came very close to beating the English colossus, which they beat in a fantastic second half after a first half in which they had to suffer a lot. The pride that his players talked about so much in the previous one remains intact. This highly competitive village team was about to topple the Champions League champion. In football, not everything is money. Albiol’s tears after his mistake can only be synonymous with greatness. The team from a town of 50,000 people fell on their feet.

Chelsea’s greatness is measured in a multitude of details. One of them could be, without a doubt, the high level of Marcos Alonso, a footballer destined to leave the English team due to the abundance of good players that Tuchel manages. Another resided on a bench full of dazzling names. Emery again offered his more cautious version, the one that allowed him, for example, to defeat Benfica in the UEFA Cup final with Sevilla in 2014 or beat United just three months ago with Villarreal in the Europa League.

A 4-4-2 with a double winger in the left zone and an intensive retreat for Chelsea, with three centrals, to handle the ball. Villarreal managed to close all the interior corridors to Chelsea, who exercised, yes, an overwhelming dominance in the first half hour of the game. It was precisely on the left wing where Marcos Alonso starred in the imbalance that was so difficult for his team to find in the face of Emery’s effective tactics.

With the exception of a shot from Werner that Asenjo served well, Emery’s men did not suffer too much despite being dominated insistently. The game, however, turned in a play as simple as it was effective. A great pass from Marcos Alonso into the hole served for Havertz to take his back behind the back and center into the area. Ziyech, a footballer with an excellent touch and a flair for goal, scored after Werner’s threat. Ripped apart in a predictable action, it was difficult for Villarreal to take on the blow, unable to create from his core, with Trigueros suffocated by the pressure of Kanté and Kovacic. However, Chelsea were shown to be vulnerable.

Villarreal let go and Mendy made a great stop to the debutant Dia. Detached from their fears, the Spanish team attacked and the clash went into a fantastic round trip. Asenjo saved from Marcos Alonso and must still be shaking the ball after Alberto Moreno’s shot after a great pass from Gerard Moreno. With Rudiger playing the red with a hard tackle on Yeremy and Ziyech injured, the signals offered by the game were beginning to change.

The second part of Villarreal was very good. The Spanish team also has good players, such as Gerard Moreno, who offered a true symphony of passes, controls and unchecks. Chelsea’s physical collapse was evident, as Villarreal subdued him with football and an enormous ability to compete. Gerard Moreno’s appearances were delicious. As in an error by Mendy in the goal kick, which ended with a clear chance for the Spanish striker. His shot hit the post again after a miraculous touch from the Chelsea goalkeeper.

Villarreal took a step forward as Tuchel tried to avoid the harassment by entering Mount, Christensen and Jorginho. In search of control of the game, Chelsea encountered a gale. Mendy saved against Estupiñán, but could do nothing after Gerard Moreno took advantage of a Rudiger error in the exit of the ball. Dia’s wall, high heels, was majestic, like the touch of the Spanish international with the right and the squad.

Tuchel didn’t believe it in the band. The English giant staggered and almost asked for an extension before the superiority of Villarreal. And the time to extend arrived with the 1-1. Much lead in the legs for players like Pau Torres, recruited after playing the European Championship and the Games. Emery, always interventionist, ordered a defense of three with the entrance of Mandi. Chelsea squeezed and Pulicic had it, but the epic Villarreal remained standing, thanks to a colossal Asenjo against Mount. Chelsea were better in extra time, but they did not defeat a good Villarreal. Penalties were served, with Kepa entering the last minute for Mendy. In the shootout, the Spanish stopped the launches of Mandi and Albiol. Chelsea won 6-5.

Rogelio Frigerio answered Alberto Fernández after his harsh accusation: ‘The houses do not belong to Cristina or to any government’