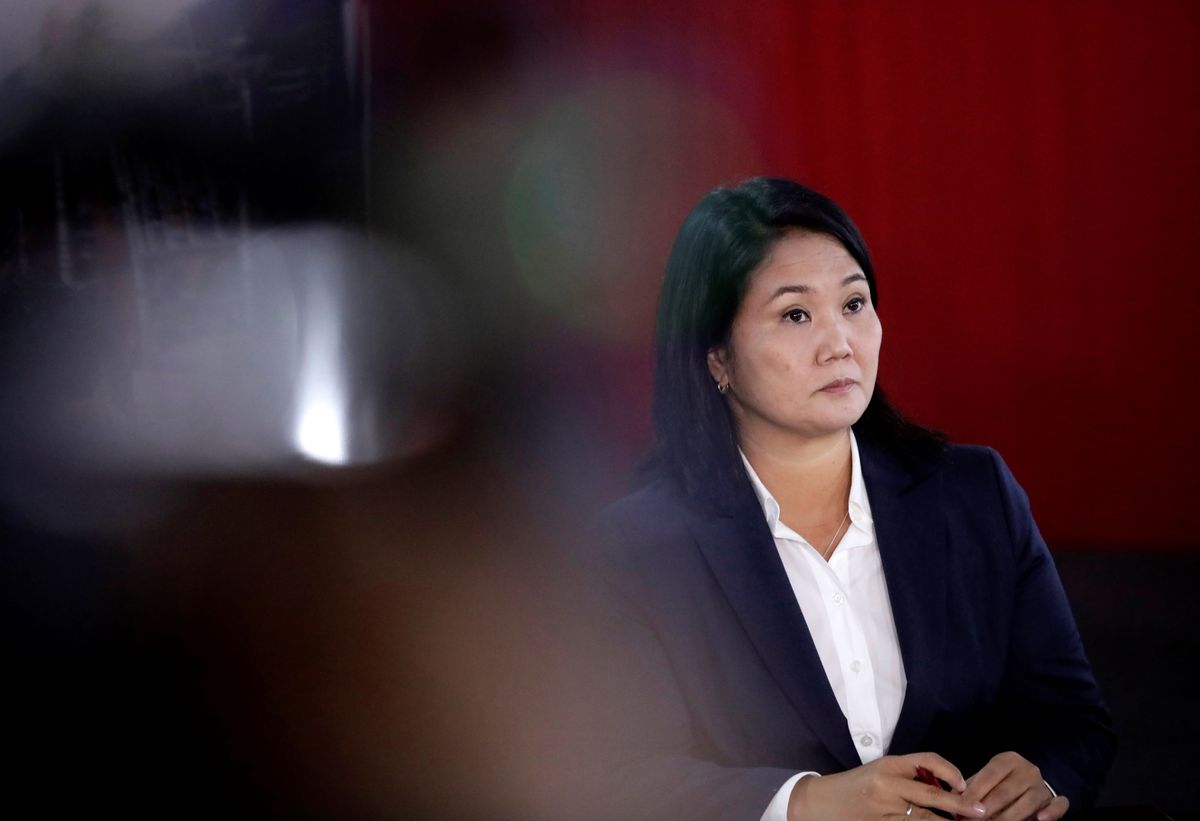 Keiko Fujimori does not want to give her arm to twist. The conservative candidate has insisted again this Wednesday, when the vote count reaches 99% and her defeat, although by the minimum, seems inevitable, that Pedro Castillo’s party has orchestrated a plan in various regions of Peru to commit electoral fraud . “There has been a systematic interest in breaking the popular will,” he said. The conservative candidate appeared at a press conference to estimate 500,000 the alleged illegal votes that have gone to her contender. Fujimori is not only playing the presidency in the coming days, but also avoiding a trial for money laundering in a case linked to Odebrecht, for which a prosecutor asks him for more than 30 years in prison. In the presidency he would enjoy immunity.

While Fujimori detailed the alleged fraud, Pedro Castillo, the left-wing candidate who has victory in hand, tweeted: “I thank those who continue to resist in the streets. Let’s not fall for provocations from those who want to see this country in chaos. For this reason, we make a call for peace and tranquility ”. Followers of both are in the streets of Lima waiting for the final result. People from all over the country have spent days on the road to reach the capital. Sometimes they cross paths in the vicinity of the electoral office, where they go to pressure the authorities. For now the incidents have been minor, but the tension is maximum after a very tough campaign. There is fear that the allegations of blows will turn into violence.

Fujimori lost in 2016 to Pedro Pablo Kuczynski, a conservative economist. The daughter of Alberto Fujimori, an autocrat who ruled Peru between 1990 and 2000 now incarcerated, never digested that defeat. His brother Kenji later recounted on a radio program that politics started all meetings with his party’s congressmen by reminding them that his elections had been stolen from him. There was actually no proof of it. Fujimori used his majority in Congress to remove Kuczynski and his successor, and other ministers. The country lived a five-year period of instability.

In this campaign, supported by anti-Fujimori figures such as the writer Mario Vargas Llosa, who made him sign a democratic oath, he insisted that he would respect the result. At the time he has lost himself with his own deeds. International observers have congratulated the authorities for the organization of the elections. The Peruvian electoral system has the tools to detect fraud like the one she has denounced today. The revisions of the minutes contested by the two parties are being broadcast live on television, one by one. Still, Fujimori’s eldest daughter has insisted on the conspiracy theory.

“If we add 802 tables in which requests for annulment have been presented, which represent 200,000 votes, and we add 1,200 minutes that represent 300,000 votes, half a million votes are at stake here, which we believe is essential for the final count that has to carry out the electoral jury, ”he said. And he asked his followers to continue on the streets. “I thank the citizens who have come out to march asking that their vote be respected. I urge you to continue waiting for the results with great confidence ”.

After her, as she did the first time she showed her disagreement with the result, two other people appeared. Miguel Torres, a spokesman and former congressman for his party, and Julio César Castiglioni, an expert lawyer in electoral disputes. Between them they listed the reasons they found for requesting the annulment: forgery of the signatures of polling station members in 503 minutes, representing 125,000 votes; falsification of the results in 132 minutes where, according to the legal proposal, Fuerza Popular obtained zero votes; formation of tables with members of the same family, something prohibited by law.

In many of those municipalities in the Amazon of which they presented minutes, it is common for their members to have similar surnames or to be related. And support for Castillo was massive, so very low results were to be expected from Fujimori, seen by that electorate as a candidate who defends the interests of the country’s urban planning elites. The electoral justice must now decide on these challenges, a procedure that will delay the completion of the count. Fujimori can report irregularities, but the term for challenges has run out. That narrows your room for maneuver.

This could be Fujimori’s third consecutive defeat in the second round of elections, after 2011 and 2016. This time it could have legal consequences for the candidate. After two years of investigation, a prosecutor from the Lava Jato team, one of the largest corruption cases in Latin America that has affected the rulers of almost all countries, in March denounced Fujimori and some thirty other people before a judge. his party and family environment for money laundering, criminal organization and obstruction of justice, among other crimes. Prosecutors even asked for the dissolution of the party, considering it a criminal gang. The judge did not accept it.

What is the reason for the accusation? Having received millionaire contributions for the 2011 and 2016 electoral campaigns from the Brazilian transnational Odebrecht and the main Peruvian financial group, without having declared said funds to the electoral authorities and evading the regulations of the banking system. The amount delivered by Odebrecht was 1.2 million dollars. The process is in the phase prior to the start of the oral trial. She has denied all charges.