Keiko Fujimori, between the Presidency of Peru and the defendant’s bench 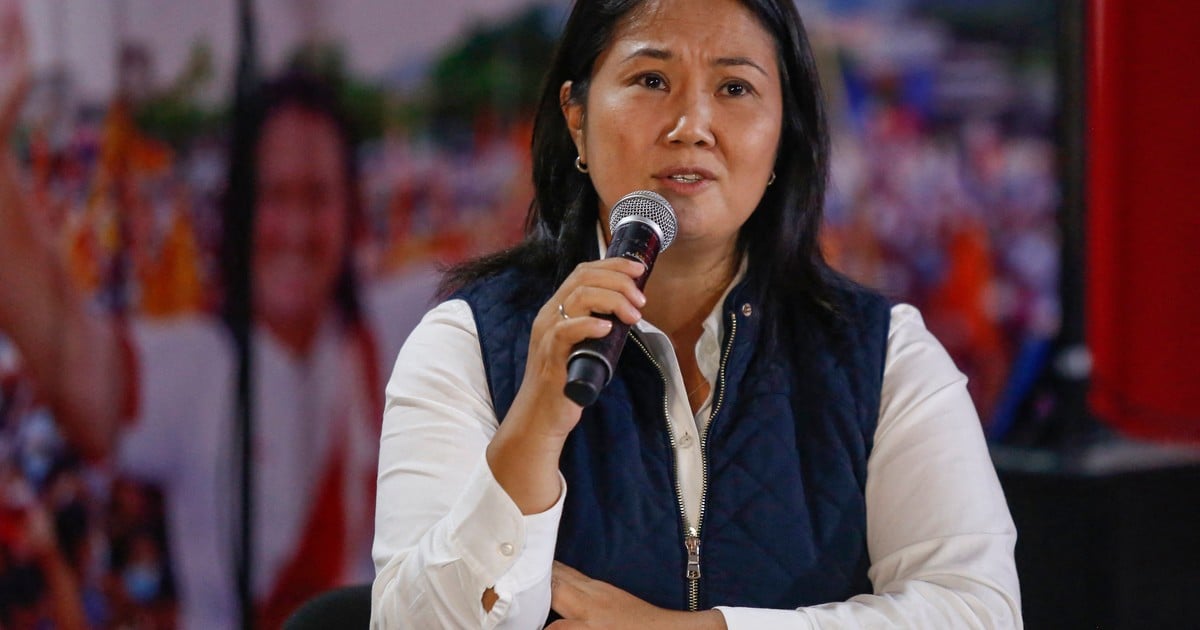 The future of the right-wing candidate for the presidency of Peru, Keiko Fujimori, oscillates between the presidential chair and the bench of the accused as the final result of the close ballot that faced the leftist approaches Pedro Castillo, whose official count has the country in suspense.

The daughter of jailed former president Alberto Fujimori (1990-2000) looked increasingly close to defeat with 98.3% of polling stations counted, giving her 49.7% of the vote versus 50.2% for her opponent.

The hope to reverse the result unfavorable through challenges to some tables is one of the last cards at his fingertips, a source close to him told AFP.

The paradox is that as the possibility of being the first woman president of Peru recedes, the threatening shadow of a lawsuit for alleged money laundering is growing in a case linked to the Odebrecht scandal, which can sentence her to 30 years and 10 months in prison at the request of the prosecutor.

“There is a lot at stake if she loses, because she will have to evaluate whether to withdraw and the trial will come. I fear that Fujimori is going to dismember,” analyst Augusto Álvarez, a columnist for the newspaper, told AFP. The Republic.

The leftist leader Pedro Castillo was proclaimed the winner of the elections in Peru, although a handful of votes still need to be counted. Photo: AFP

If he wins the presidency, Fujimori will have immunity and she could only be tried after her five-year term ends.

In any case, that will not prevent the start of the trial, which also includes her husband, the American Mark Vito Villanella, for whom 22 years and 8 months in prison were requested.

The date to start the oral trial is tied to the electoral outcome, according to judicial sources.

“The dilemma between the presidential chair or the defendant’s bench is complicated because the judicial system is not very reliable, especially if there is an extremist government in power that is going to press for an unjust conviction,” Fernando Rospigliosi told AFP, security advisor during the campaign.

The prosecution even asked to dissolve the Fujimori party, Popular Force, in case a court convicts the right-wing leader.

Popular Force reached 24 seats out of a total of 130 in Congress, which will take office on July 28.

Keiko Fujimori supporters denounce “fraud” in Sunday’s elections in Peru, at a protest in Lima on Tuesday. Photo: AFP

“We already know what is happening in South America, we have already seen what happened in Venezuela, they capture the entire system,” he added, question the autonomy of the judicial system.

The eldest daughter of former President Alberto Fujimori, 46, married with two teenage daughters, was able to apply despite having in her shoe the stone of an accusation by the prosecution for allegedly receiving illegal money from the Brazilian construction company Odebrecht for its 2011 and 2016 campaigns, charges she denies.

Peruvian law prevents those under judicial sentence from running for public office, but not those under investigation by the prosecution.

She has already spent 16 months in preventive detention in the framework of this case, until she was released from prison in May 2020 under the pandemic and a court ruled her from traveling outside of Peru.

Prison and the crisis that hit her monolithic Fuerza Popular party due to the Odebrecht scandal had weakened her.

But he managed to recover for this polarized ballot against teacher and union leader Pedro Castillo.

“We are in a crucial week, with everything played. It has been a traumatic lesson for Keiko Fujimori, without a doubt,” Augusto Alvarez added.

Profile of Keiko Fujimori, the right-wing leader who seeks to reach the presidency of Peru. / AFP

The prosecution that is preparing to take her to trial announced on March 11 that it would ask for a 30-year sentence and 10 months in prison for the alleged crimes of money laundering and obstruction of justice, among others.

In May, Judge Víctor Zuñiga denied him a permit to travel to Ecuador to an international conference on democracy invited by the Peruvian Nobel Prize winner, Mario Vargas Llosa.

The writer supported his candidacy, considering it the “lesser evil” in the face of the danger that Castillo will convert Peru to Venezuela-style socialism.

The judge indicated that he denied permission to reduce the “risk of flight”, which the prosecution fears.

After 28 months of investigation with ramifications in Peru and Brazil, the Peruvian prosecutor’s office concluded that Keiko Fujimori financed his 2011 and 2016 campaigns with money from Odebrecht that he did not declare.

At the end of 2019, the prosecution obtained a statement from a former Odebrecht executive, Luiz Eduardo da Rocha Soares, who would have confirmed the contribution of one million dollars from the company to the campaign of the leader of Fuerza Popular in 2011.