Keep. Family on motorcycle is injured after being crashed 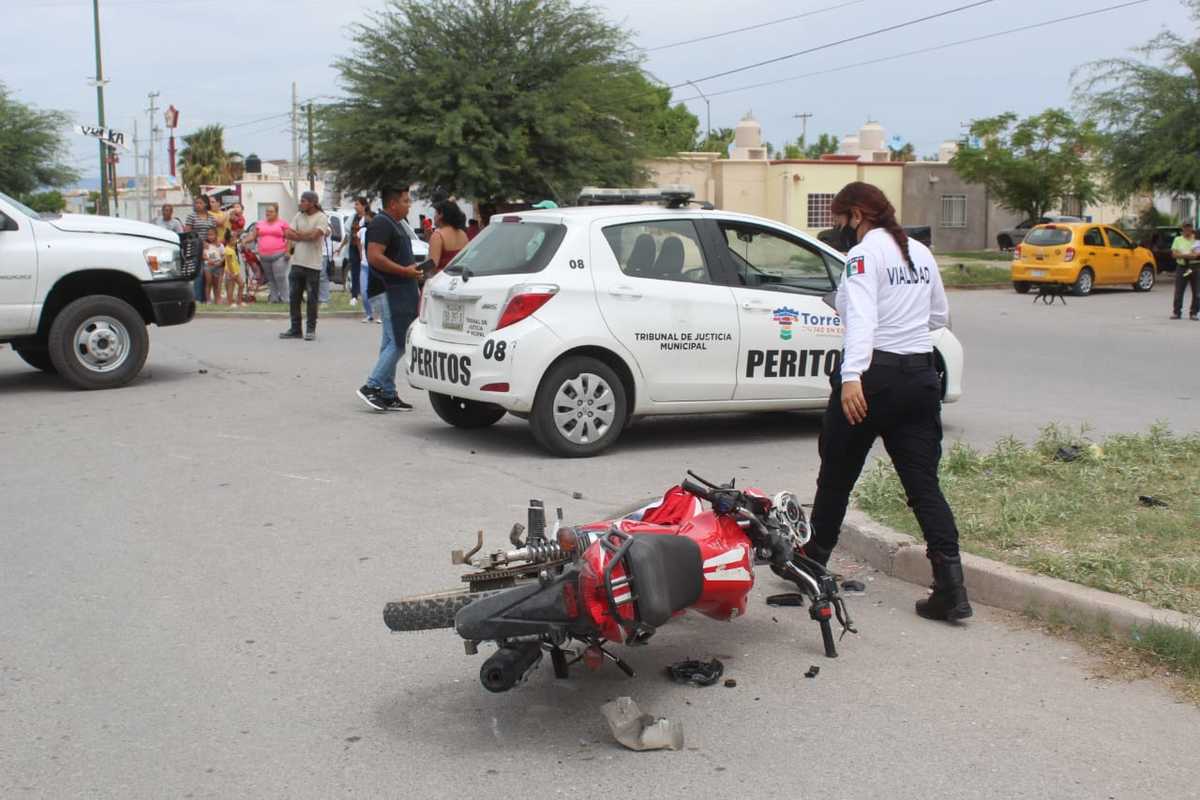 A family riding a motorcycle, father, mother and two children, one year old, was seriously injured when hit by a four-ton pickup, at the intersection of Calle del Sol and Avenida de los Tabachines, in the Jardines Universidad de Torreón neighborhood.

Elements of the Municipal Police arrived at the place and proceeded to assist the injured, who they were beaten and thrown in the middle of the street. The mishap occurred around 12:45 pm this Wednesday.

Agents of the Traffic Directorate, flagged this accident, while an ambulance of the Government of Coahuila, traveled to the place so that the paramedics treated the injured.

These were treated immediately and transferred to the General Hospital, where they were admitted to the emergency room.

It was reported that the one-year-old boy Elías, who was riding on the motorcycle, suffered a blow to the head and his health is of a reserved prognosis.

While the other 6-year-old boy, named Azeneth, suffered blows to various parts of his body, he is in stable health.

The children’s parents, Jonathan and Elizabeth, aged 27 and 22, respectively, had bumps and scrapes on their legs and arms.

The expert officers of the Municipal Court of Justice reported that Jonathan was manning a motorcycle, accompanied by his family, and they were moving south on Avenida de los Tabachines.

Upon reaching the intersection with Calle del Sol, a four-ton pickup truck that was driven by Edgar, 26, crashed into them and threw them for several meters. The probable respondent was driving east on Calle del Sol.

The experts interviewed the driver of the truck and told him that would be presented before the qualifying judge, who will determine the responsibility.

It should be noted that the probable respondent may be arrested and presented to the Public Ministry Agency, for the crime of serious injuries.