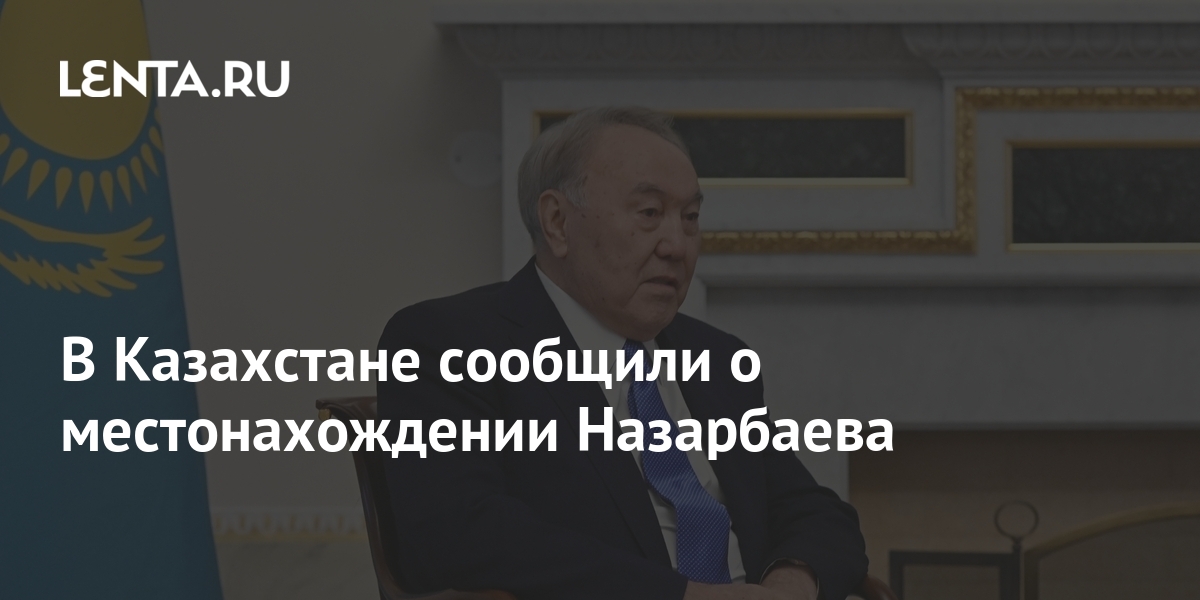 Former President of Kazakhstan Nursultan Nazarbayev is in the capital of Kazakhstan, the city of Nur-Sultan. This was announced by his press secretary Aidos Ukibay in Twitter…

“Elbasy is located in the capital of Kazakhstan, the city of Nur-Sultan. We ask you not to disseminate knowingly false and speculative information, “he wrote, specifying that Nazarbayev is holding a number of consultative meetings and is in contact with the President of Kazakhstan, Kassym-Jomart Tokayev.

Ukibai added that the ex-leader spoke on the phone with the heads of several states friendly to Kazakhstan.

“Elbasy calls on everyone to rally around the President of Kazakhstan to overcome current challenges and ensure the integrity of our country,” Nazarbayev’s press secretary concluded.

On Friday, January 7, Kazakh media reported that the former president of the republic, his daughters and their families had left the country. At the same time, only Nazarbayev’s younger brother Bolat remained in Kazakhstan.

On January 2, protests began in Kazakhstan over an increase in gas prices for cars from 60 to 120 tenge. In addition to economic demands, the protesters put forward political ones, including Nazarbayev’s withdrawal from politics. On January 5, Tokayev dismissed Nazarbayev from the post of head of the Security Council, took this position himself and promised to toughly fight the protests.

Nazarbayev served as president of Kazakhstan for almost 30 years and left it in March 2019. After that, he became the life-long head of the Security Council of Kazakhstan and the chairman of the ruling Nur Otan party, and the capital of the republic, Astana, was renamed in his honor – it was named Nur-Sultan.

Carlos Alcántara: “How good to know that our cinema is internationalizing with quality”

China urges US prudence in Taiwan and rejects compromise on sovereignty