Kazakhstan Express: what will be remembered for the first CSTO peacekeeping mission 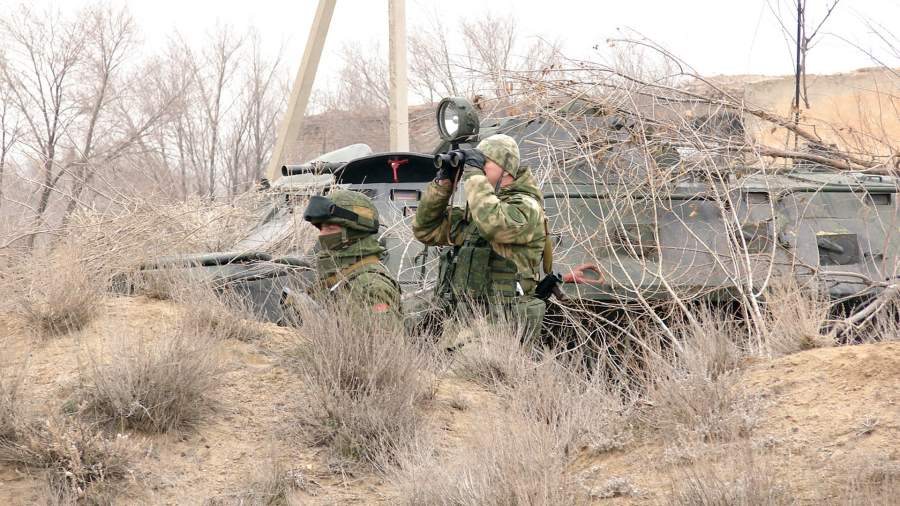 The CSTO operation in Kazakhstan turned out to be one of the most impetuous peacekeeping missions, experts say. On January 13, literally a week after the start, the withdrawal of peacekeepers from the republic will begin. But for now, they continue to protect the most important infrastructure facilities, on whose work the life of the two-million-strong Almaty depends. How the first CSTO peacekeeping operation ends – in the material “Izvestia”

President Tokayev on January 11, speaking in the lower house of the country’s parliament, named a specific date for the completion of the international operation. The withdrawal of the CSTO contingent will begin in two days, on January 13, and will last ten days. The leader of Kazakhstan noted that, in general, the acute phase of the counter-terrorist operation has been passed… The situation is stable in all regions.

In three days, more than 2,000 military personnel from five countries of the Collective Security Treaty Organization and 250 pieces of military equipment were delivered to the country by air. On the way back, they took out 1,719 Russian citizens who were stuck in the country due to the suspension of flights. Now the command of the CSTO, together with the Ministry of Defense of Kazakhstan, is developing a plan for the transfer of protected facilities by the peacekeepers to the control of the country’s law enforcement agencies. After that, the return of the allied contingents to their points of permanent deployment will be organized, explained the commander of the Russian Airborne Forces, Colonel-General Andrei Serdyukov.

Sources of Izvestia in the defense department said that if everything goes according to plan, ceremonies will be held in Kazakhstan before the withdrawal of troops. The military contingents of all countries participating in the operation will take part in them.

“It’s difficult even to recall an example of another such rapid operation,” military expert Vladislav Shurygin told Izvestia. – Due to the timely deployment, the potential danger was eliminated in the bud. Both terrorists and bandits with marauders, with the arrival of the first planes, realized that nothing could shine for them and that no one would hand over the country to them. Their enthusiasm vanished instantly, they themselves preferred to dissipate. I didn’t even have to shoot.

Vladislav Shurygin believes that the Kazakh authorities will take into account the lesson of the January events and revise their approach to ensuring security and building the armed forces. The operation will become an important training for the CSTO, because it was very different from the typical scenarios that the organization worked out during the exercises.

To work through the barricades

January 11, when it was announced the completion of the main mission and the upcoming withdrawal of troops, Alma-Ata was no longer different from another large post-Soviet city. Shops are opening, cellular communication and the Internet are working, there are many times more cars on the roads than a day ago, in some places they even accumulate in traffic jams… People rush to buy groceries and other necessities.

The Kazakhtelecom building is located in the very center of the city, not far from the main square. It is not even noticeable from the street that it is under serious protection. And only in the interior you can see laconic young people who politely but demandingly say where you can and where you can’t go. All requests and demands of the Russian paratroopers are due to security concerns.

– Employees of the enterprise treat us well, help us in every possible way. All requests are answered, – says the commander of the Airborne Forces… – What requests? Yes, any, up to the most common household, wash your hands, for example. On their part there are attempts to get to know each other better, but we are strictly forbidden to take pictures and enter into dialogues with the local population.

A peacekeeping company of the 103rd separate airborne brigade was sent from Belarus to the territory of Kazakhstan. Belarusian paratroopers took under protection the Zhedygen airfield in the vicinity of Alma-Ata… In the first days after the decision to enter the peacekeeping contingent was made, it was he who was the main air harbor through which CSTO units were transferred to Kazakhstan.

For the Belarusian army, this peacekeeping mission is a historic event. Until now, Minsk has never used its armed forces to carry out missions abroad. For the first time, they had to apply their skills in a real combat situation. As explained Colonel Sergei Andreev, deputy senior peacekeeping contingent from Belarus, his subordinates are involved only in the protection of facilities, the Kazakh police do not have to help in “identifying bandit elements”.

All servicemen sent from Belarus serve on a contract basis. The peacekeeping company is trained according to a special program. It includes the organization of checkpoints, the separation of the parties to the conflict, work with the local population, humanitarian operations. Each soldier speaks a foreign language. Colonel Andreev noted at the same time that the armed forces of his country were being recruited for such tasks for the first time.

Another strategic facility, CHPP-2, was in the area of ​​responsibility of the contingent from Kyrgyzstan. This combined heat and power plant is the largest of its kind in the Alma-Ata region; it provides heating and electricity to about 70% of the population of the southern capital of Kazakhstan.

– At the moment we are providing security and protection for CHPP-2. We were warmly welcomed, employees and local police officers are sympathetic to the imposed safety requirements. Comply with the password system and restrictions on movement at night, – tells the deputy commander of the “Scorpion” brigade of the Kyrgyz armed forces

The area where CHPP-2 is located did not suffer from the riots. The consequences could be unpredictable – the shutdown of the facility would deprive more than half of the city’s residents of heat and light. According to employees, they had to endure a lot of fear in the first week of January: to get to work they broke through barricades and bypassed the crowds on the streets. At night, while at home, they heard shots. And only when they learned that a peacekeeping contingent was coming to the city did they again feel confident in the future.

The second strategically important power plant, CHPP-1, was transferred to a barracks position on January 5-6. The workers lived at the station, did not leave the territory and made sure that everything worked properly. Now about a hundred servicemen of a separate peacekeeping battalion of the Tajik army are responsible for it. This unit is structurally part of the mobile forces and reports directly to their commander.

– We have servicemen with combat experience, but no one has yet participated in peacekeeping operations, ”the Deputy Chief of the General Staff of the armed forces of Tajikistan, Major General Khushbakht Miravar, told Izvestia.… – And this activity imposes its own requirements: in war you see the enemy, and here around you are civilians. But under the guise of a civilian, anyone can try to penetrate the object. Therefore, special attention must be paid to the access control, inspection, identification of suspicious. In addition, we work in close cooperation with the local non-departmental security, this is also something new for us.

He noted that from 1992 to 2002 peacekeepers from Kazakhstan carried out a peacekeeping mission on the territory of Tajikistan. Now is the time to learn from them, the general added.

The contingent of Armenia provides protection and defense of another strategic enterprise – the “Aksai” bakery, the main supplier of bread for Alma-Ata.… During the riots, he had to cut the production of the main product by 30% and abandon the production of confectionery products. According to the employees, “real hell” was happening on the streets nearby.

“Local residents and employees of the enterprise are very friendly towards us,” said Seyran Kocharian, the commander of the department of Armenian peacekeepers, to Izvestia. – They warmly accepted, they treat me with bread. We understand what people go through when they find themselves in such a situation.

After the January 5 protests in Kazakhstan turned into massive arson, the seizure of administrative buildings and pogroms, President Kassym-Zhomart Tokayev appealed for support in “overcoming the terrorist threat” to the CSTO partners, noting that riots undermine the integrity of the state.

The very next day, the CSTO Collective Security Council made a decision to temporarily bring the collective peacekeeping forces (CMF) to Kazakhstan.

Within two days after the decision was made to start the operation, units of the Armed Forces of Russia, Belarus, Armenia, Tajikistan and Kyrgyzstan arrived in Kazakhstan.

On January 6, Russian units from the 45th separate special-purpose brigade of the Airborne Forces, the 98th airborne division, and the 31st separate airborne assault peacekeeping brigade were the first to begin the transfer to the territory of Kazakhstan. Colonel-General Andrei Serdyukov, commander of the Russian Airborne Forces, was appointed head of the CSTO contingent.

According to the official representative of the Ministry of Defense Igor Konashenkov, more than 70 military transport Il-76 and five heavy An-124 aerospace forces worked around the clock to provide the “air bridge” to Kazakhstan.

Riots in Kazakhstan began on January 2. They initially broke out in the city of Zhanaozen. There, people protested against the rise in the price of liquefied gas. The very next day, unrest began in many cities in the south of the country. The place of peaceful protesters was taken by militants who attacked law enforcement officers, robbed shops and killed civilians.

Scott Pilgrim could return as an anime on Netflix: its creator is working on a new series

Brazil has 44.2% of the population fully vaccinated against covid.