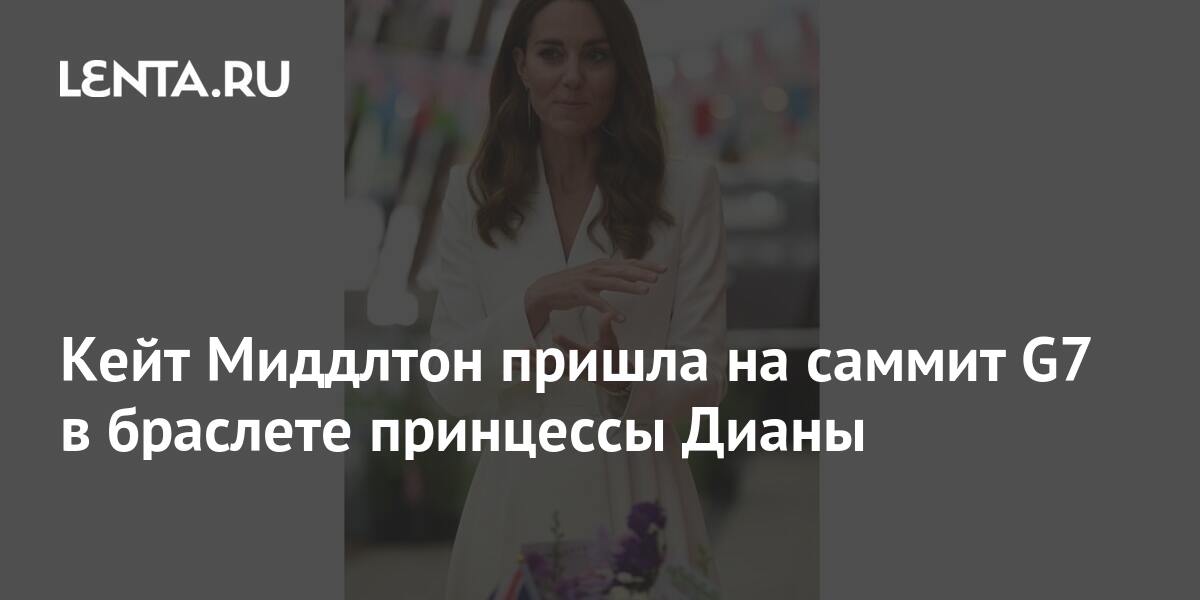 Duchess Catherine of Cambridge paid tribute to her late mother-in-law Princess Diana and attended the G7 summit wearing her pearl and diamond bracelet. The portal The Mirror writes about this.

The bracelet, designed by jeweler Nigel Milne, has been worn by Princess Diana several times. In particular, in it she visited Hong Kong in 1989. During the trip, Diana combined the accessory with a gown embroidered with pearls and the Cambridge Love Knots tiara.

This is not the first time Kate Middleton has worn this bracelet herself. So, for the first time she was seen in him in 2017 in Berlin. She then donned it again in 2018 during her royal tour of Sweden with her husband, Prince William.

At the end of May, the Duchess came for the COVID-19 vaccination in a cheap outfit and caused a stir on the network. She wore light blue straight-leg jeans from mass-market maker & Other Stories and a crop top from the summer collection of Swedish brand H&M. After her appearance in public, fans completely sold out the specified item in the online store.