Kase.O knocks down another wall: the first Spanish rapper to perform (and succeed) at a jazz festival 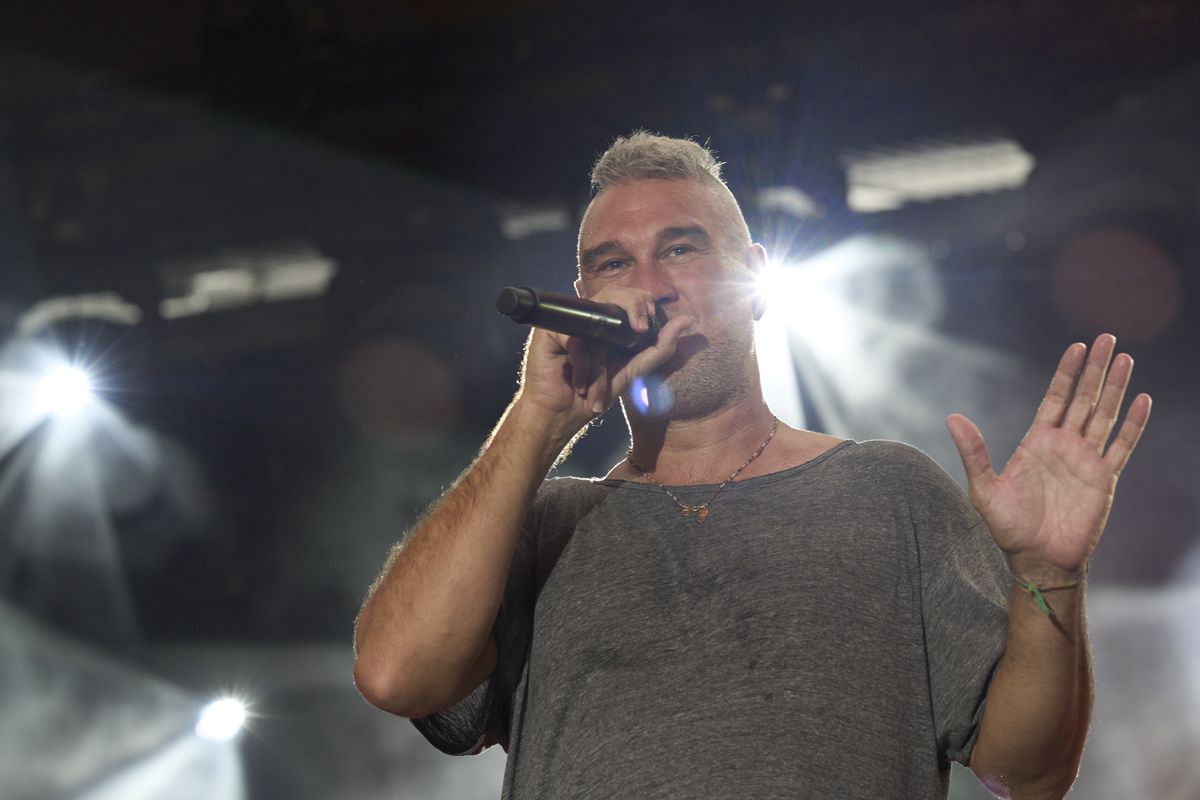 In 2008, the rapper Kase.O, who had been writing some of the most memorable pages of Spanish rap for a decade with his band Violadores del Verso, began to give some shows in clubs accompanied by young jazz musicians from Barcelona and Zaragoza. The following year, the project, baptized as Kase.O Jazz Magnetism, toured throughout Spain, with flamboyant live shows in which the rapper alternated new compositions with some of the emblematic songs of Violadores del Verso. All this wrapped in the dynamics and sound of the jazz group. Although they were pure and simple rap concerts, passages from Duke Ellington or fragments in which the melody of Coltrane’s classics Spiral Y Syeeda’s Song Flute they served as the basis for some of the leader’s feverish rhymes, and there were solo moments for various members of the quartet. The project settled down and in 2011 they released a self-titled album that is already a hip hop classic in our country.

In all the time that the group was active, touring and presenting the album live, never, not once, was it scheduled for a jazz festival in Spain, and that the rapper was leading a band with some of the young brightest on the scene, coming from groups such as The Heckler, Unexpected or Groove Station, who had also cut their teeth on dozens of stages alongside the greats of jazz in our country. So what was the problem? The music of Kase.O Jazz Magnetism, or the lack of vision, knowledge and sensitivity of the majority of jazz programmers in Spain, who did not even consider the most important national rap-jazz group as something to include in their eternally in crisis events? That’s how it was: except for an article in the magazine jazz notebooks, Nobody in the jazz ecosystem paid attention to the band at the time, nor deigned to make a painful reflection: surely, the world of jazz needed Kase. Or much more than he needed the world of jazz.

A decade passed and in 2021 the rapper decided to reunite the band for a tour for the tenth anniversary of his album; in the second round of the tour, finally, the Vitoria-Gasteiz Jazz Festival (which has been held from July 12 to 17) summoned them to close its 45th edition, in a display of vision and leadership. Kase.O himself mentioned it last night at the beginning of his concert in Vitoria, saying how exciting it was for him to finally be at a jazz festival, after so many years flanked by a handful of excellent jazz players. Better late than never.

Why is this so foreign and difficult for so many fans of jazz in Spain? This type of meeting between rap and jazz is very common in other countries, let alone in the cradle of the genre, the United States, where we find jazz players accompanying rappers since the late eighties, from Branford Marsalis with Gang Starr, to Ron Carter with A Tribe Called Quest or Steve Coleman with The Roots, among many others. Even Miles Davis embraced hip hop before he died, working hand-in-hand with Easy Mo Bee to say goodbye as he lived: opening musical doors to get some air out.

Here, however, there seems to be a strange fear, or lack of understanding, of proposals that are completely assimilated elsewhere. Almost any young jazz player today is as much a fan of Charlie Parker or Keith Jarrett as they are of Jay-Z or Kanye West, and until the most backward programmers understand it, we will continue to have old jazz festivals, little traveled, without any possibility of renewing audiences and betting again and again on the “famous jazz player” card, something that in 2022 is almost an oxymoron. What you have to do is attract people to the jazz festival because, once there, curiosity will always play in favor of lesser-known music.

The truth is that there are very few artists like Javier Ibarra (aka Kase.O) in our country: on the one hand, he shows a total commitment to his music and his message, which makes him a creator as genuine and honest as he is. more independent jazz player; on the other, he is one of the few icons of his generation who has renewed his audience without losing the one he already had: in his audience, which has true devotion to him, we find as many forty-somethings as twenty-somethings, and they all connect equally with the songs of the rapper This is how it was seen in Vitoria, with men and women of different ages chanting and dancing to the sound of Ibarra’s charismatic rhymes and the solid accompaniment of the quintet of jazz players who accompany him. About 3,000 people, the largest capacity of this edition of the festival.

Here we find another feature of the Kase.O universe, which is his loyalty to his team, almost a family. The musicians accompanying him in 2022 are the same ones who recorded the album more than a decade ago, the same ones who shaped the project and who, to this day, continue to mint their music together with the locomotive Kase.O Jazz Magnetism. The only difference is that, ten years later, all of them are even better than they were before. This was demonstrated in his concert in Vitoria, which began reflexive and ethereal and, when he launched the crushing “this doesn’t stop”, gained momentum for a jump that lasted until the end, keeping the audience in a constant state of euphoria.

It is not surprising, seeing the intensity of the show, that a few weeks ago Kase.O made a statement on Twitter that alarmed more than one: the rapper stated that at the end of this tour he would retire indefinitely, which for many was the anticipation of a final goodbye. The truth is that the effort to which the artist submits in each concert is titanic, and when the end of the tour comes (in Spain it will be at the end of this year, but it will last in America until March 2023), it will already be It will have lasted for almost two years uninterruptedly, which justifies a break and a long-awaited new album, why not.

For now, the memory of a memorable night in the history of the Vitoria Jazz Festival remains. The night that, finally, a Spanish jazz festival opened the door to one of the great ambassadors of the essence of jazz for non-jazz audiences in our country. Because it is not the one who wants to reign, but the one who can, and the one who guards it with more suspicion does not preach the message better, but the one who makes it reach the greatest number of people with passion and respect. After the last night of this year’s edition at JazzVitoria, many kids who had never consulted the programming of a jazz festival may do so next year, thinking that these festivals for older people may have something interesting for them, after all.

All the information about premieres, reviews and summer films in the weekly Cinema bulletin

Nazis | The best diamond stories: "Boys were supposed to become soldiers and girls birthing machines" - The truth about childhood was revealed to Guntram Weber, who was born in a Nazi orphanage, only in retirement