Karim Benzema seized a fortune in case of blackmail 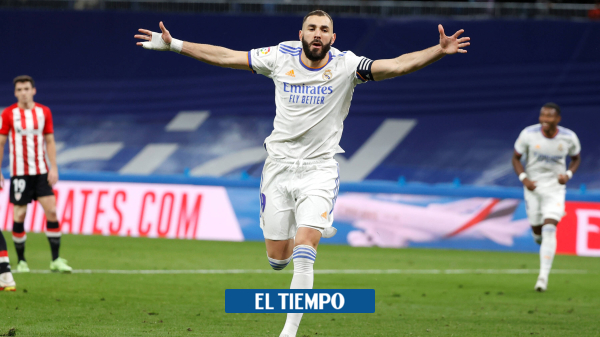 A bailiff seized 230,000 euros ($256,000) from a French bank account of the star of the Real Madrid Karim Benzema, who had been sentenced to pay this amount to Mathieu Valbuena.

On November 24, the Versailles court, southwest of Paris, had sentenced
Benzema to one year in prison with a suspended sentence and a fine of 75,000 euros for complicity in the attempt to blackmail Valbuena with an intimate video.

It may interest you: (Colombia National Team, shout victory again!)

The five defendants in this case were also sentenced to pay 150,000 euros in solidarity to the former player of the French soccer team, as non-pecuniary damages. Benzema had to pay Valbuena 80,000 euros for his legal costs.

The court sentenced him

Benzema had appealed the sentence, but since he did not pay the 230,000 euros requested by his former teammate, the latter asked a judicial agent to seize this amount from a French account of the striker on January 21.

See also  Anatomy of the Cups: Inter, focus on the defense of the Reds. Europa League, you can win

This caused a partial freezing of the account, said a source close to the case.

“We asked for an amicable payment that never happened, so we have moved on to the next phase,” Mathieu Valbuena’s lawyer, Paul-Albert Iweins, told AFP.

On November 24, the French justice condemned Benzema, considering that “he was personally involved” in the blackmail attempt “to convince his teammate” to accept it. The events date back to October 6, 2015.

Following the conviction, his lawyer, Sylvain Cormier, expressed “anger” and dismay at “a very harsh, unfair and unproven sentence”.

The defense had requested that the amount of 230,000 euros be blocked pending trial on appeal.

It may interest you: (Colombia vs. Peru: these could be the starting payrolls for the game)

Ronaldo uses an “oxygen room” to maintain and improve his fitness

Denise, the cold case of the year: reopened in 2021 by journalists