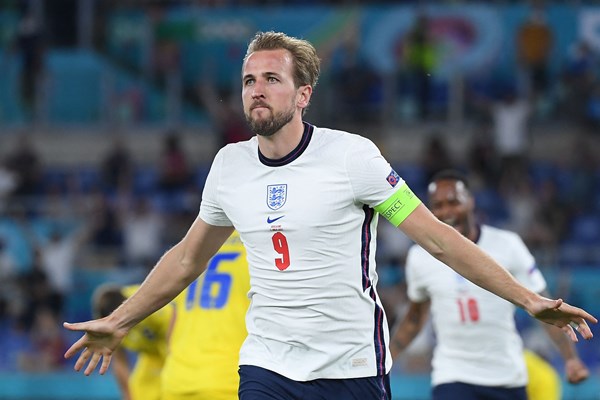 Anwar Ibrahim (Cairo)
Englishman Harry Kane revealed that he had received a phone call from his former coach, Jose Mourinho, during the European Nations Cup “Euro 2020”, but at the same time admitted that he had not yet communicated with the new coach of “Spurs” Nuno Espirito.
Kane scored in the “Euro” so far 3 goals, in the matches of the 16th and 8th league, and is still greedy to add more goals, when he faces Denmark in the semi-finals of the tournament, at Wembley Stadium in London.
Kane praised his former coach Mourinho, who was sacked by Tottenham last April, and took over the next month immediately coach AS Roma.

The captain of the “Three Lions” team said: Mourinho is a genius coach, and everyone knows that our relationship is excellent, and that we are very understanding, and I respect him a lot as a coach and as a person, and I wish him success with the “Wolves of Rome”, and it is a wonderful thing to be in close contact with one of the best coaches in The world, I always respect it, and I hope that we will continue to communicate throughout my football career, and by the way, we exchange messages a lot on the mobile phone.
In a related context, Kane talked about Nuno Espirito, the new coach of “Spurs”, and said: “Whenever a new coach comes, I assume the level of excitement around the club will rise, and frankly, I have not made any contact with him yet, because of my preoccupation and my complete focus with my country’s national team.” Euro.” And I hope to continue another week with the national team, “in reference to his desire to play the final match of the tournament.”

Kane said: “Nono is an excellent coach and we know him well in England and he did a great job with the Wolves team, making them play a lot better, and I’m sure we will be in touch after the Euro.”
Kane did not publicly say, in his interview with the “Talk Sport” network, that he wants to leave Tottenham, but he did not hide his desire to win trophies.

It is noteworthy that the Spanish coach Pep Guardiola of Manchester City expressed a great interest in obtaining the services of Harry Kane to compensate for the departure of Argentine star Sergio Aguero to Barcelona, ​​and Manchester United set him as a primary target for him this summer.