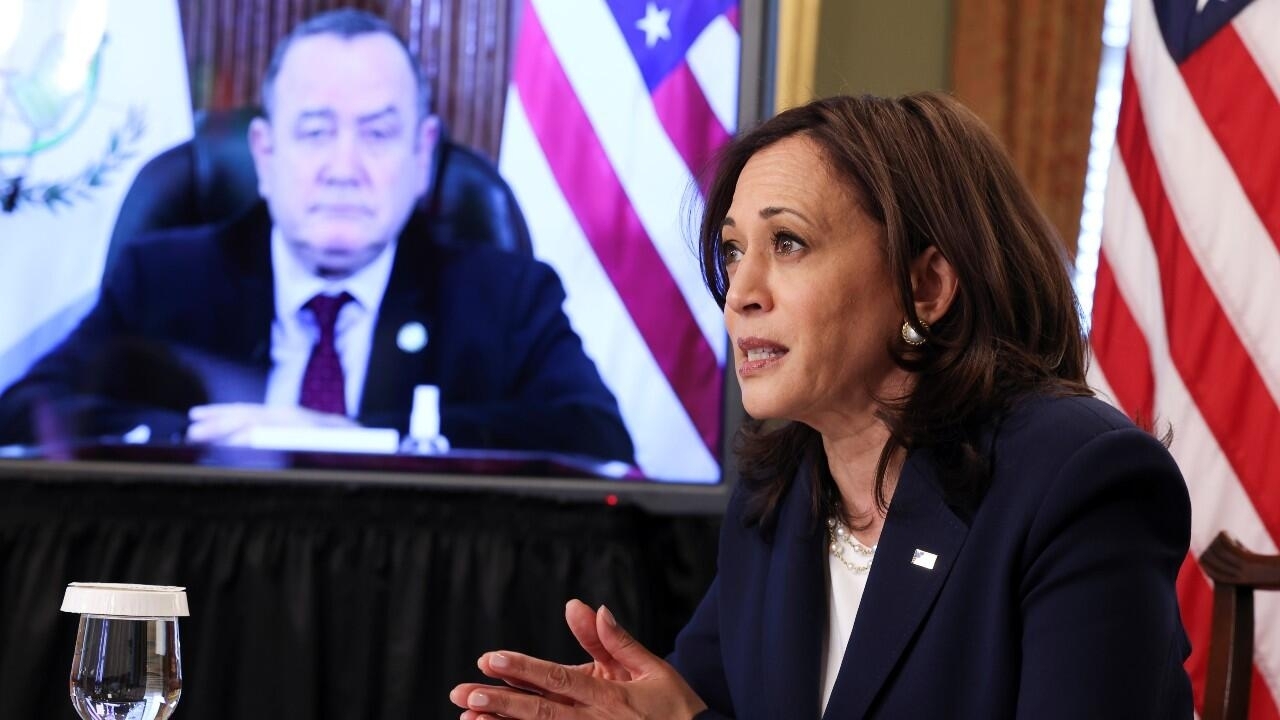 The US vice president said Tuesday that progress is not possible in El Salvador, Guatemala and Honduras, that is, the countries of the Northern Triangle of Central America, it continues to be persistent in the different institutions of the states.

The Vice President of the United States, Kamala Harris, continues to work on migration issues, especially in the Northern Triangle of Central America with the aim of improving the migratory situation on the southern border of the country. The democrat warned the three countries that make up this region that if corruption does not stop it will be difficult to undertake changes.

Harris expressed himself in his speech at the 51st annual conference of the Americas Society / Council of the Americas, in which he presented his idea that investing in places of origin is “essential” to curb the migratory crisis in the southern United States. of migrants, so that their conditions can improve.

The gangs, violence, corruption and extreme poverty: main culprits of the crisis in the Northern Triangle

The Northern Triangle of Central America is the name given to Guatemala, Honduras and El Salvador, three countries central americans, for its economic integration. Inside these countries, there are many problems, mainly violence perpetrated largely by maras or gangs, corruption and extreme poverty.

The gang phenomenon was born in California in the 1980s and reached Central America, particularly the Northern Triangle, as a result of deportations from the United States. Currently, the high degree of violence and high homicide rates that frequently occur in these nations force citizens to move from their countries. It should be noted that this region is considered the deadliest in the world, with a violent death rate higher than that of war zones.

Corruption, on the other hand, is getting worse. While it is true that the United States has contributed economically to these countries for years. However, the current American president, Joe Biden, intends to stop helping these three countries financially, since he does not know what they have done with the money provided and they have a long history of corruption and impunity that has not improved over time. .

It also intends to take measures to punish officials, former officials and even relatives of officials, who, according to the United States, are linked to corruption cases or have links with organized crime and drug trafficking. This will undoubtedly bring more poverty to these countries. About 30 million people are poor in Central America, of which 80% belong to the Northern Triangle.

El Salvador: 478,000 people will fall into poverty this year

The pandemic brought greater poverty, more inequality and increasing pressure on the middle class to the region, according to the Inter-American Development Bank (IDB). In addition, it predicts that an additional 478,000 Salvadorans will fall into poverty as a result of job losses and lower wages.

To this, we must add the fact that El Salvador is entering a political crisis. The existence of two Constitutional chambers in the Supreme Court of Justice (CSJ), after Congress voted to replace several magistrates, has been criticized by Washington and designated as a “coup” by social organizations.

Despite being an upper-middle-income country with stable macroeconomic indicators and sustained economic growth, poverty and inequality prevail.

It is exposed to natural hazards – earthquakes, hurricanes, storms and volcanic eruptions – and is one of the countries in the region most affected by climate variability and change.

The pandemic caused by Covid-19 has aggravated an already precarious situation in terms of food security and nutrition and has had negative effects on the economy.

Honduras: 3 out of four Hondurans will be poor in 2021

The Social Forum on External Debt and Development of Honduras (Fosdeh) estimated that by 2021, three out of every four Hondurans will be poor, an alarming statistic.

In terms of violence, more than 600 murders or homicides have been reported so far this year, reinforcing the great danger of living in a country like this.

The United States has a very great interest in the improvement of the situation in the Northern Triangle, since there are three very large emitters of migrants to the North American country.

For Republicans, the distancing of these governments and the lack of transparency and accountability are an obstacle in the negotiations of the immigration reform proposed by Biden and the Democrats.

That is why it is necessary for the United States to increase security and develop reintegration plans for gang members who decide to abandon criminal life.

US Senate proposes to allocate $ 73 billion for electric buses