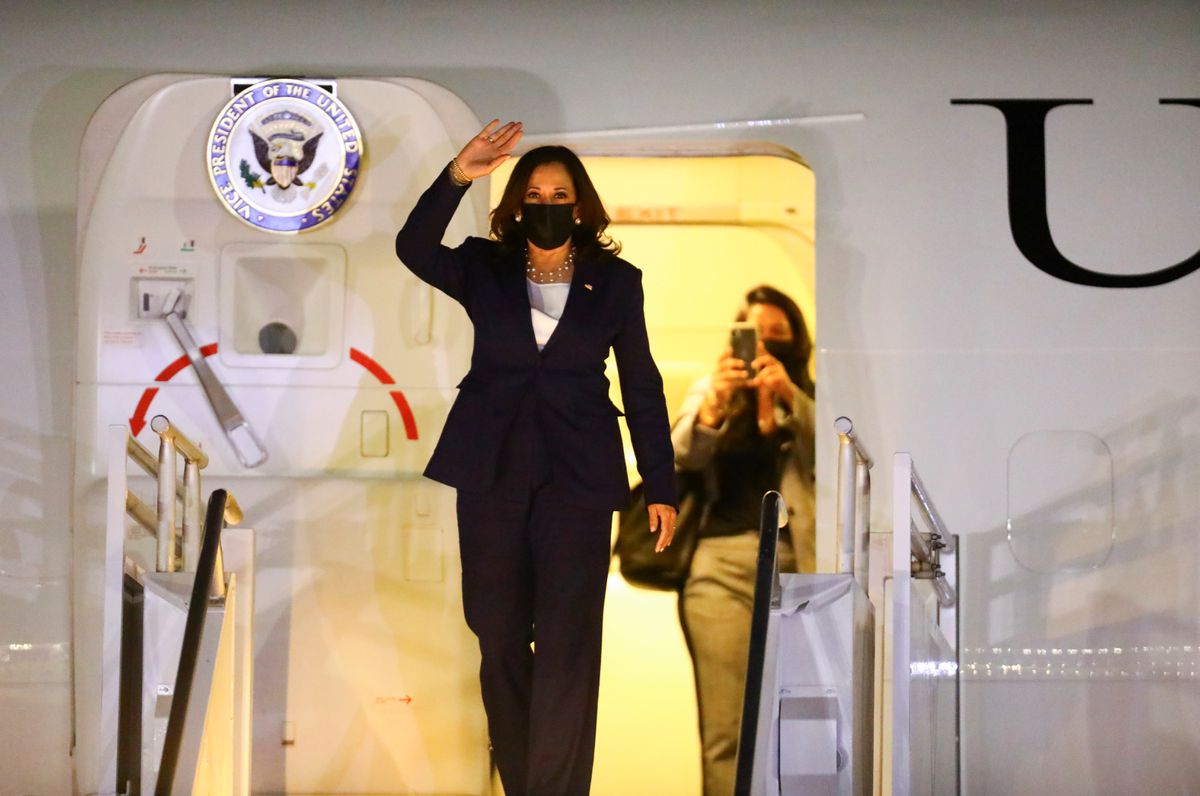 The vice president of the United States, Kamala Harris, arrived in Mexico on Monday night in the second and last stop of her first official trip abroad. Harris has been the target of harsh criticism from Republican sectors for not having visited the border with Mexico, the epicenter of one of the biggest crises that the Joe Biden Administration has faced since its arrival at the White House last January. The visit to Guatemala and Mexico is a journey to the origin of the problem of irregular immigration at a time when North Americans have rediscovered their regional allies after the vociferous politics of the Donald Trump era.

According to Roberto Velasco, the head of the North American office of the Mexican Foreign Ministry, the meeting will focus “on defining a cooperation model for the development of southern Mexico and Central America to try to contain the migratory crisis and address the causes of root of migration ”that will be reflected in a framework agreement whose signature will be witnessed on Tuesday morning by Harris and President Andrés Manuel López Obrador at the National Palace. In addition to the meeting with López Obrador that, according to the White House agenda, will be held after the agreement is signed, Harris plans to meet in a hotel in the capital with female entrepreneurs and union leaders.

Regarding the ways to stop migration from the source, both governments agree in their discourse, but in practice they have shown differences in their approaches. The United States advocates make aid to the Northern Triangle contingent on the fight against corruption, while Mexico is committed to direct disbursements. Washington has committed more than 300 million dollars of investment in humanitarian aid for Guatemala, about 4,000 million dollars for the entire region and vaccines against covid-19.

As Ricardo Zúñiga, the special envoy for the Northern Triangle of Central America of the Biden Administration, explained on Monday night, the memorandum to be signed this Tuesday specifies the forms of cooperation between the development agencies of the two countries and the Central American ones. . The document will be focused on youth and reforestation, he said in statements to the media who were traveling from Guatemala City to Mexico City. “We are both countries of destination for Central American migration and we are both concerned about ensuring that there are legal paths for citizenship.”

Analysts believe that migration is the first item on the agenda because it is the one with the most common ground between the two actors. In Trump’s four years, Mexico found an efficient form of cooperation by increasing surveillance on the southern border to reduce the number of immigrants north. The visit of Harris, the most important woman in Washington, is a starting point for a new relationship. “This is the first message that announces all the attention that Mexico is going to receive. The United States was busy with the pandemic, but now Biden’s team is in position. Intelligence, migration, security, trade and the fight against organized crime are the topics of interest ”, considers Tony Payán, director of the Center for the United States and Mexico at Rice University, in Houston (Texas).

After years of efforts focused on containing Central American migration, López Obrador must also provide answers to the fact that Mexicans are migrating to the United States at the highest levels in the last three years. “The security issue is central and Mexico is experiencing a very serious deterioration that is leading to a new expulsion of Mexicans. What we saw in April is a warning that many are going to start migrating again due to the deterioration of conditions in Mexico, ”adds Payán.

Guadalupe González, a specialist in the bilateral relationship between Mexico and the United States at the Colegio de México (Colmex), believes that both countries are “at the opposite end” on many issues. “On the environmental issue and the energy issue is where there is a greater distance between Biden’s agenda and the Mexican one, but there is also a legal legal framework to settle these differences, which is the TMEC (Free Trade Agreement),” says the academic. , who also detected an omission in the agenda, not to mention the migrants who are already in Mexico. “We are not talking about a greater opening of the refugee system or how to cooperate to strengthen the capacities to care for this population … these people are already here and require protection,” says the internationalist.

Harris gave López Obrador a goodwill message days before his visit. The president heard from the official that he will receive one million doses of the Johnson & Johnson vaccine for the coronavirus. It was a gesture between allies, but also a reminder that Mexicans need their neighbors, who have hoarded the drug and are only now preparing to share it when they have seen that the demand for immunizations begins to decrease. Foreign Relations also hopes to talk about fighting the pandemic. An advisor to the vice president for Mexico has also confirmed this week that talks are underway to relax restrictions on the common border, an important geographic point that has been closed since March 2020.

Roberto Velasco, from the Foreign Ministry, has defended in an interview with EL PAÍS that the bilateral relationship is going through a “good stretch”. Proof of this is the donation of vaccines and the reopening of the border to non-essential activities, something Mexico expects to happen in July. That, however, would not imply the end of Title 42, another measure implemented by Washington at the beginning of the pandemic, by which US authorities have hotly returned hundreds of thousands of migrants and asylum seekers to Mexican territory.

González, from Colmex, believes that areas of cooperation such as security will have to be rebuilt “completely” which, in his opinion, “fell” after the case of the arrest of General Salvador Cienfuegos, who after being extradited by the United States To face an investigation in Mexico, he was exonerated in a few days. “What I do see is the intention on the part of the two governments not to escalate the conflict. Let’s see how this rearrangement occurs. I imagine that it is going to be pragmatic, different from how it was with Trump, “he says. The United States does hope that Mexico will deliver results in fighting organized crime organizations that are bringing illegal immigrants and fentanyl onto US soil.

Analysts González and Payán believe that Harris’s visit is very significant. There is no higher position in the United States Government to whom the relationship with Mexico has been entrusted. The academic, however, considers that it was a mistake that the visit was only two days after the midterm elections in Mexico, which renewed the 500 seats in the Chamber of Deputies and that Guatemala had been visited before putting Mexicans in second flat. On the other hand, Payán believes that the visit is a show of respect for the democratic decision of the Mexican people from a government that perceives with concern some samples of the Mexican president. “There is a growing concern about the democratic situation in which Mexico is going. There is a clear tension. The US is concerned about the political environment in Mexico ”, admits the specialist.