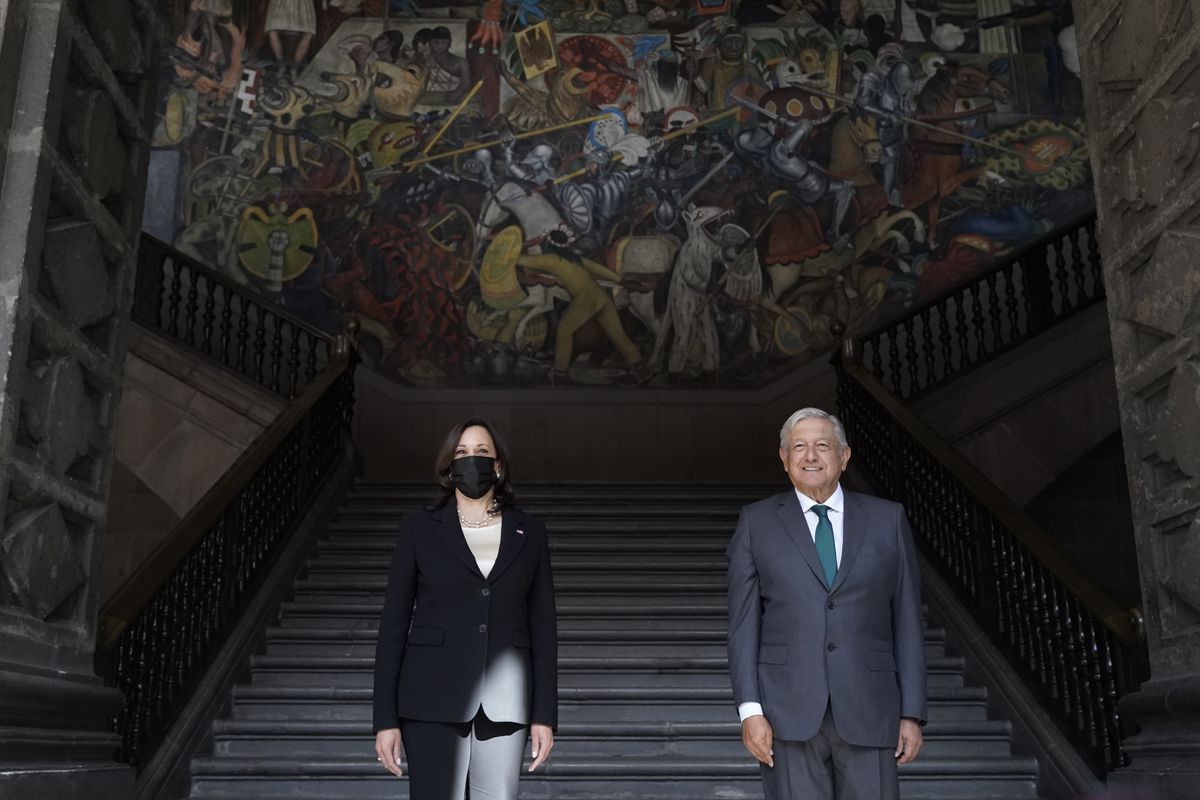 The United States and Mexico have a common goal: to stop the migration of Central Americans. But they differ in how to do it. This Tuesday, the US Vice President, Kamala Harris, and the Mexican President, Andrés Manuel López Obrador, wanted to start their first face-to-face meeting, held in Mexico, staging what unites them: both witnessed the signing of a memorandum of understanding between them. countries to lay the foundations for cooperation with Central America, a kind of declaration of good intentions in the absence of concrete agreements for now on how to work together to contain from the source the flow of migrants from Guatemala, Honduras and El Salvador that in the last months have reached the border that divides the two countries in record numbers.

The signing of the agreement by the Mexican Foreign Minister, Marcelo Ebrard, and the Charge d’Affaires of the US Embassy in Mexico, John Creamer, was the first act of Harris’s visit to Mexico, the second stop on his first official trip as vice president, who also took him to Guatemala and for which he seeks to tackle the first crisis of Joe Biden’s government, the immigration crisis. After the act of a couple of minutes, López Obrador showed the vice president one of Diego Rivera’s murals that decorate the National Palace, before entering a meeting in one of the rooms of the building, where they should begin to resolve some of the the differences in the approach of how to stop the migration of Central Americans from the origin.

In addition to his meeting with López Obrador, in Mexico Harris has scheduled meetings in a hotel in the capital with female entrepreneurs and union leaders. With the Mexican authorities, stopping migration from the source is the main point on the agenda, although it is likely that the delegations will touch on other issues such as the fight against the pandemic, for which the United States recently announced the sending of more than a million of doses of Johnson & Johnson’s vaccine to the neighboring country, which the López Obrador government intends to allocate to the border states so that the conditions are given to reopen the common border to non-essential activities, closed since March 2020. Since then, Washington It also has its land borders closed to new asylum applications, which in practice has led to the hot return of hundreds of thousands of migrants and asylum seekers to Mexican territory.

On how to stop the migration of Central Americans, despite the fact that both governments agree in their discourse, in practice they have shown differences in their approaches. America advocates make aid to the Northern Triangle contingent on the fight against corruption, while Mexico is committed to direct disbursements. The agreement signed this Tuesday “consists in that we can exchange experiences and proposals and the President of the Republic has proposed that the Sowing Life and Youth Building the Future program be extended,” said Ebrard before signing, in the daily conference offered by all López Obrador mornings. “We already have results that show that what is said has a direct impact on reducing poverty migration.”

Sembrando Vida, a project of direct aid for the planting of fruit and timber trees in southern Mexico and Central America, is the main proposal of the Mexican president to stop the migration of Central Americans. López Obrador believes that this initiative, which he has already launched in southern Mexico and has begun to finance in Honduras and El Salvador, can generate hundreds of thousands of jobs and combat climate change and migration, but the idea has been harshly criticized by environmentalists for patronage and the serious destruction of the forest that it implies. On the other hand, Jóvenes Construjando Futuro is an initiative that promotes job training for people between 18 and 29 years old in exchange for a monthly scholarship and that, according to Ebrard, Mexico has already begun to implement in El Salvador and Honduras.

Guadalupe González, an international specialist in bilateral relations between Mexico and the United States and a researcher at the Colegio de México (Colmex), believes that the differences in how cooperation with Central America should be are not irreconcilable, but that the two countries will take time to reach an agreement at a time of realignment of diplomatic relations after the presidency of Donald Trump, which focused the policy with its southern neighbors almost exclusively on coercive measures to stop Central American migrants. Biden, for his part, has focused on fighting corruption and strengthening the rule of law in the region to attack the root causes of migration.