Kadyrov gave Ingush three days to bring charges against him 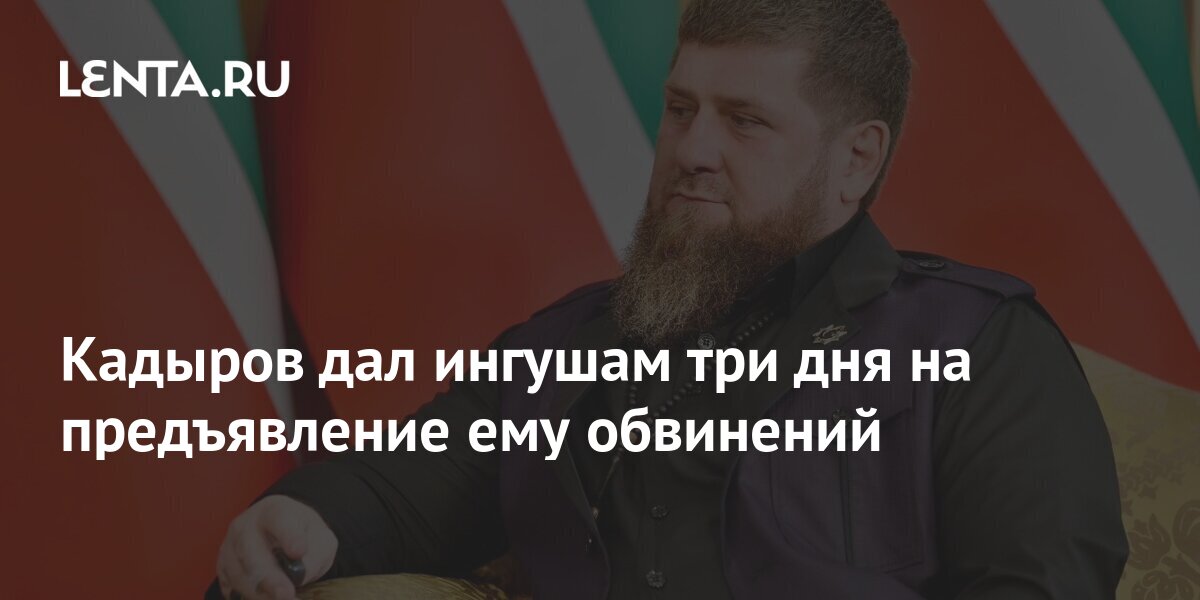 The head of Chechnya, Ramzan Kadyrov, addressed the Ingush people during a live speech in his unofficial Instagram-account. Translation of the speech leads ChGTRK “Grozny”.

According to Kadyrov, the Ingush people have three days to bring charges against him, the countdown began on January 12 at 17:30. “A big request to the Ingush people! If I am your enemy, determine the degree of guilt and punishment. Tell me what you want to do: beat, expel, kill, ”said the head of the region.

Justify, according to the laws of the Russian state or Sharia, what I am guilty of and turn to my family, the elders and officially present the punishment, observing all our traditions

The politician stressed that if the Ingush people do not bring charges against him, he will ask those who are trying to tarnish his honor.

Earlier, Kadyrov threatened to take away the “remaining villages” from Ingushetia if the statements about the illegal division of territories did not stop. “I am now addressing those provocateurs. I took the land from you, because I do not consider you to be people and men. And I will take the rest of the villages, because you will not calm down until I do it, ”he said.

The head of Chechnya has repeatedly criticized Ingushetia because of discussions on the territorial affiliation of the border lands. According to Kadyrov, some provocateurs thus spoil relations between the two peoples.

In 1993, the then head of Ingushetia, Ruslan Aushev, and the first president of the self-proclaimed Chechen Republic of Ichkeria, Dzhokhar Dudayev, entered into an agreement according to which the Sunzhensky District, with the exception of the settlements of Sernovodsk and Assinovskaya, went to Ingushetia. However, the final demarcation of the border did not take place, and in 2012 Kadyrov asked the federal center to establish an administrative border with Ingushetia. In September 2018, the then head of Ingushetia, Yunus-Bek Yevkurov, and his Chechen counterpart, in the presence of Alexander Matovnikov, then the representative of the President of Russia in the North Caucasus Federal District, signed an agreement on the establishment of the border. In accordance with the document, Chechnya handed over to Ingushetia a part of the Nadterechny region – a mountainous and wooded area. Ingushetia, in turn, gave Chechnya an equivalent territory on the border with the Malgobek region.