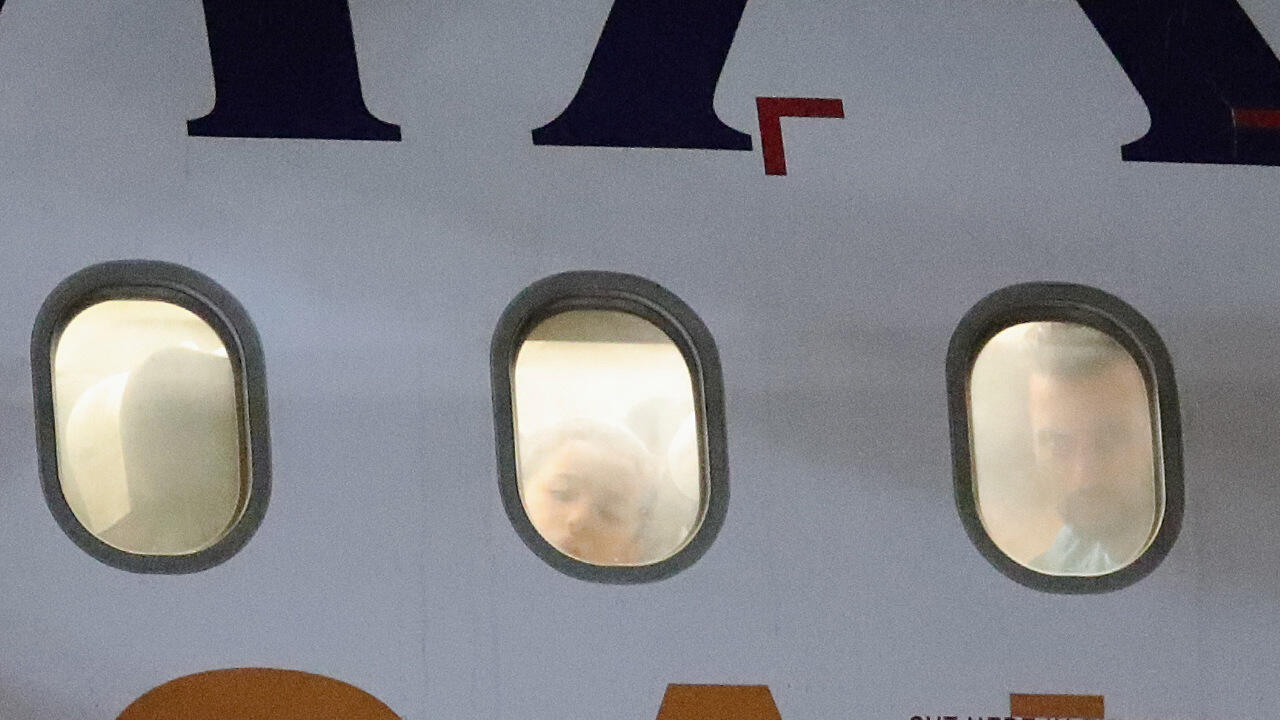 Following the bomb attacks perpetrated by the Islamic State on Thursday in Kabul, evacuations were urgently resumed this Friday, August 27, with the intention of removing the largest number of Afghan and foreign plaintiffs from the country before August 31. Amid the chaos and dozens of confirmed casualties, including at least 13 members of US troops, many countries announced the end of their evacuation operations.

With a line longer than ever outside the Hamid Karzai airport in Kabul, thousands of Afghans and foreigners hope to leave the country that has just faced two suicide attacks. After the attacks that were registered on Thursday, and which have already left dozens of deaths and injuries – at least 95 civilians and 13 members of the US troops – evacuation flights were reactivated this Friday, August 27, due to the persistence of the threat. .

With heavy weapons and on alert, the Taliban made sure to maintain order in the long line from about 500 meters before reaching the airport to avoid other crowds that could end in tragedy. However, there are still hundreds of people waiting to be evacuated in the vicinity of the airfield.

According to the White House, about 12,500 citizens were evacuated from Kabul on Thursday. Something that would raise the total number of evacuees since August 14 to around 105,000 people, including Afghans and foreigners.

The evacuations are already in their final phase four days before the deadline for the departure of US troops. In the case of United Kingdom, in a matter of hours his military forces will leave the country with the last British and Afghan civilians, embassy personnel and collaborators in the country, now controlled by the Taliban.

“The capacity of the United Kingdom to process new cases (of evacuation) is now extremely reduced and the additional numbers will be limited,” said the Ministry of Defense through a statement confirming the closure of the Hotel Baron, enabled to process evacuations, near which there was one of the suicide attacks this Thursday.

In this regard, the Minister of Defense, Ben Wallace, assured that the bomb attacks have nothing to do with the completion of the evacuation this Friday and that this was planned before the fateful incident. So far, 13,146 people have been evacuated from Afghanistan by the UK.

Another one of the allies, France, He said his evacuations could continue beyond this Friday, depending on security conditions, among other things. This was pointed out by the French Secretary of State for European Affairs, Clément Beaune, during an interview with the radio station ‘Europe 1’.

“The (French) operations are going to end soon but they can go beyond tonight, they have been disturbed by the terrorist attacks on Thursday, although there are no French victims,” ​​Beaune explained while adding that the deadline to leave the country still It is August 31, together with his ally the United States.


The official recalled that France is the European Union country that has managed to evacuate more people from the Afghan capital and took the opportunity to criticize those who say that Europe is facing a new migratory wave to instill “fear.” At least 2,500 people have left the Muslim-majority country in French planes.

For its part, the Swedish government ended the evacuation operation from Afghanistan on Friday. The news was announced by the Minister of Foreign Affairs, Ann Linde, who regretted that they could not evacuate all the Swedish residents in Afghanistan and alluded to the security situation as the Taliban have hindered the arrival of more people at the airport.

And it is not the only nation that has had to leave its evacuation plan in half. Too Netherlands announced that “about half” of its 67 Afghan interpreters included in the last flight, which departed on Thursday, had been grounded because the bus carrying them failed to get to the airport on time. According to official sources, the country managed to transfer approximately 2,500 people from Afghanistan.

Other nations such as Germany, Spain and Belgium ended their transfers on Thursday, following warnings of security threats issued by several Western countries.

The execution of the double attack by the Islamic State

Crying for the injured or deceased loved ones, despair to leave the country and fear of new attacks by the Afghan faction of the Islamic State are common scenes this Friday in the streets of Kabul.

The first attack took place at the main entrance to the airfield, at the Abbey Gate, an access packed with people eager to escape the country for several days. From there, a suicide bomber detonated a vest with a strong explosive charge while he was being searched at the access point to the airport, under US control.

A few moments later, a second suicide attack hit about 200 meters away from the first point, in one of the entrances to the Baron hotel. In both, several of the victims were thrown into a canal that connects to the highway.

The Afghan Islamic State (IS) faction, calling itself Khorasan (IS-K), claimed responsibility for the attacks – as a show of rejection against Western forces and their Afghan allies.

The IS militia in Afghanistan is a declared enemy of the new Taliban government, which immediately condemned the events and indicated that many of the victims were patrollers from its ranks, in charge of controlling the flow of citizens entering the airport.

The blasts, which also injured 18 Americans and dozens of Afghans, came at a crucial time for the United States and other Western countries as they are on the final stretch to complete the evacuation of tens of thousands of Afghan citizens and allies. before the August 31 deadline.

For the US forces, this double attack was symbolic: one of their most serious losses on the verge of ending almost 20 years of war in Afghanistan and just after President Joe Bien had promised that no more American blood would be shed.

“We are outraged and heartbroken,” Biden said in a speech from the White House.

Medical aid amid the chaos

The World Health Organization (WHO) said on Friday that it is looking for solutions to send medical aid to Afghanistan against the clock, as its reserves of medicines are quickly depleted after the tremendous occupation of hospitals as a result of the double attack. For this they are trying to establish an air bridge that guarantees the arrival of supplies.

“For logistical and security reasons, Kabul airport is not an option for now,” WHO’s director of emergencies for that region, Rick Brennan, told reporters today by teleconference in Geneva, adding that insurance companies had Raised the prices of landing a plane in Kabul through the roof.

The main option at the moment is to establish aircraft landings – with about twenty tons of medicines and more humanitarian aid – at the Mazar el Sharif airport, which is in the north of the country. To do this, they have asked the neighboring nation, Pakistan, to help control the safe arrival of the shipments.

As part of international aid, the Taliban asked Ankara for help in managing the airport once the allied forces leave the country on August 31. A proposal that the Recep Executive Tayyip Erdogan rejected for security reasons, since the condition was that the Taliban accept the presence of Turkish security.

“The operation can be carried out by Turkey technically … but our demand is that security is also guaranteed by Turkey, through a large security team made up of former soldiers, former policemen, or a totally private company”, said the official who spoke on condition of anonymity.

For their part, both Russia and China have strongly condemned the attack, as two key powers for the management of the crisis in Afghanistan and who had asked to respect the Government of the Taliban.

Meanwhile, the threat of a new terrorist attack in Kabul is very real, according to several Western countries. From the United States, General Frank McKenzie, head of the US Central Command, said that they are awaiting new attacks by the Islamic State.

“We are doing everything possible to be prepared,” McKenzie said, adding that they have shared some information with the Taliban, as “some attacks have been thwarted by them.”

This shows the establishment of a dialogue between the West and the Taliban, essential according to experts to prevent another terrorist attack or minimize its scope.