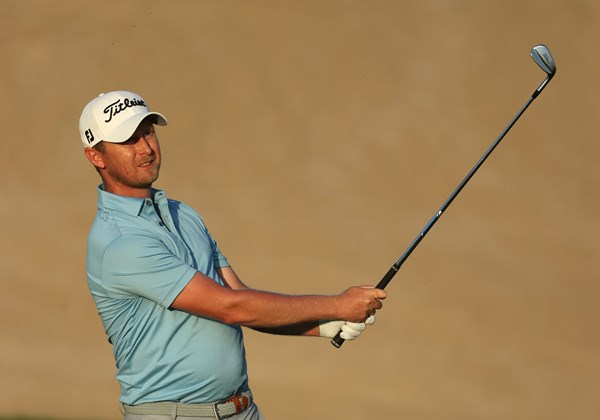 Justin Harding Ave led the second day of the Dubai Desert Classic sponsored by Slync.io, beating some of the most prominent competitors on the grounds of the Emirates Golf Club.
The South African player returns strongly to the fore after a distinguished result he scored on Thursday with 7 under par with a total of 65 points, to present today an exceptional performance with 4 under par with a total of 68 points, including Eagle’s shot in the 15th hole to book his place at the forefront of contenders with 11 below par.
Commenting on this performance, Harding said: “I’ve been in a lot of competitions on this court over the past years, reaching the final last year and I’ve been down at times. But today I am optimistic about winning, and I will focus on short strokes in the first place, and whatever the outcome, I will always be present at the Emirates Golf Club.”
Tyrrell Hatton quickly joined the race lead, finishing two under par with Harding, and one step closer to his fifth Rolex Series title this week. The English player scored a Buggy hit in the first hole for the second day in a row, before he regained control and scored 7 Byrdie hits, to conclude with 6 under par by 66 points.
Harding is looking to be the third player to win the famous Dalla Cup from South Africa, and his compatriot Eric Van Rooyen, ranked 63 in the world, shares the same dream, trailing him by 3 strokes and a total of 67 points, who started with a promising start before falling back with a Buggy strike in the 8th hole. The player scored The 31-year-old is 8 under par to book his place alongside Paraguay’s Fabrizio Zanotti, who hit two under par in today’s round with a total of 70 after scoring 66 points yesterday. Economy - Argentina: Alberto Fernández reaches an agreement with the IMF to refinance debt