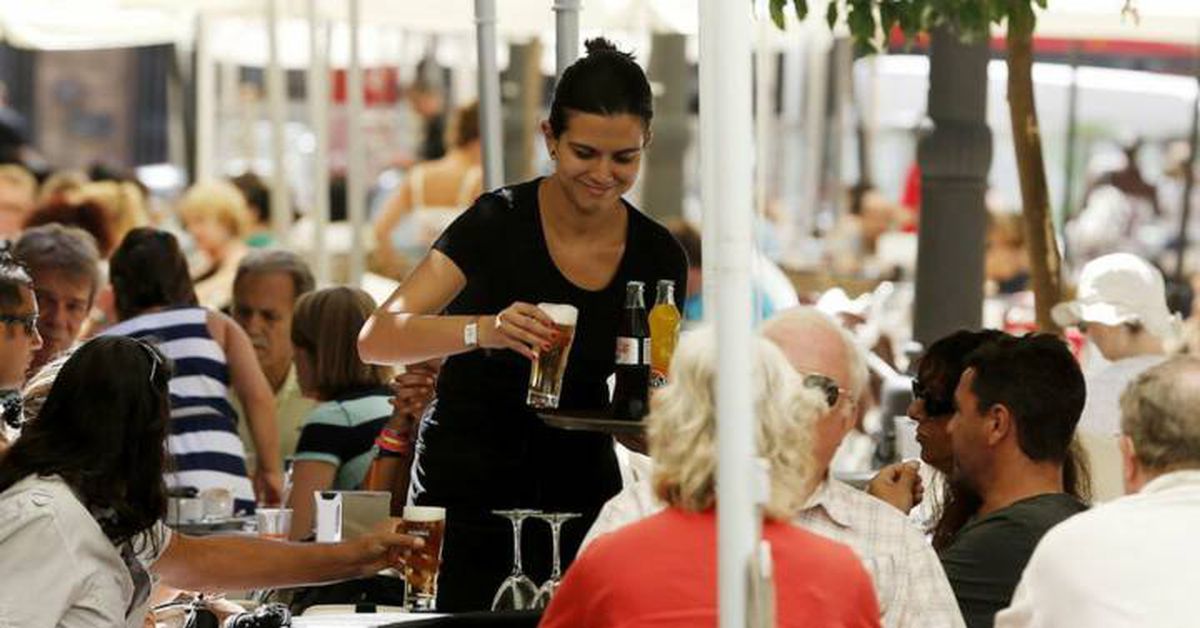 During the summer, temporary job offers are an opportunity for thousands of young students who sacrifice part of their vacation for work experience and some income. However, these incursions are not usually so relevant as to allow them to have an economic relief that will sustain them for the rest of the year.

This is the reason that a court has used in a recent ruling to resolve the dispute between a father and his 21-year-old daughter over the girl’s alimony. According to the Provincial Court (AP) of the Balearic Islands, the fact that the daughter develops a remunerated activity during the summer season and that she has some savings, does not imply that she has “economic sufficiency” to develop an independent life.

The ruling (the text of which you can consult here), thus rejects the appeal of the parent, who opposed the payment of the pension of 150 euros per month set in the divorce decree because the girl had money to pay for her studies. However, the magistrates consider that working for two or three months a year does not allow him to support himself. On the other hand, they emphasize, the parent did not prove in the trial how much money his eldest daughter had available.

Thus, the Balearic AP has decided to maintain the girl’s alimony, although reducing it to 100 euros per month due to the precarious situation of her father.

According to the account of the resolution, the marriage’s divorce decree had established a pension for both the 21-year-old daughter and her 18-year-old brother. In total, the man had to pass on to his ex, who kept the family home, a total of 300 euros per month. An unaffordable amount, as claimed in his lawsuit, taking into account that his income was limited to 767.46 euros gross per month for a disability pension. The solution was to review the support of their children. Even without the pension of the oldest of his children, who had gone to work and also had savings with which to pay for his studies. As his father pointed out, both he and his ex-wife had been making periodic payments to the girl’s account for this purpose.

The man also requested that the issue of the family home, owned by the woman, be reconsidered, since both brothers were already of legal age. According to her, the divorce decree did not take into account her son’s desire to live with his father and mother.

Neither of these two requests has been heard, however, by the Balearic court. Of course, the magistrates lower the boys’ pension in their resolution and set it at 100 euros per month for each one, so the man will save 100 euros per month.

Regarding the maintenance of the 21-year-old daughter, the court recalls the doctrine of the Supreme Court, according to which the maintenance of the children is not extinguished because they turn 18 years old, “but the obligation extends until they reach sufficiency economic, as long as the need has not been created by the child’s own behavior ”. There are cases in which the court has declared the obligation to support a child to be extinguished due to a lack of use of studies or a behavior reluctant to find a job.

However, this is not the case, according to the Balearic AP, of the young woman in question. Although his father alleges that he is already financially independent because he works and has some savings in his account with which to pay for his studies, the court emphasizes that there is no proof of the extent of these perceptions. It was the parent, who opposed the pension, who should have proven the amount of this income.

According to the magistrates, the fact that the young woman has a summer job “does not imply that she receives amounts that allow appreciating an economic sufficiency to develop an independent life.”

In their ruling, the magistrates recall that, once the children of separated parents reach the age of majority, the criteria for assigning the use of the family home varies. As explained in the resolution, as established by the Supreme Court, the rule that, in the absence of agreement, automatically attributes the home to the ex-spouse who stays with the minors no longer operates. When these are older, the rule established in the third section of article 96 of the Civil Code must be applied, according to which the house corresponds to that of the parents whose interest is “the most in need of protection”. The use of the property is no longer considered a supplement to child support. “No obligee of legal age has the right to obtain part of the food that he needs by attributing the use of the family home to the exclusion of the parent with whom he has not chosen to live,” recalls the Supreme Court in a 2017 ruling.

However, the magistrates of the Balearic AP do not find an ex-spouse in the case raised who deserves more than the other an extra protection. As they point out, “the economic situation of both spouses is similar.” Both women and men have a minimum income. Compared to the scarce 700 euros that men receive for a disability pension, women enter for sporadic jobs only a few months a year. If she is the owner, together with a brother, of a commercial premises for rent, he owns 50% of some real estate.

For this reason, the court declares the disaffection as a family home of the house in which the woman and her children live, being, therefore, in her hands because she is the sole owner of it.

Once it has been determined that the boys will continue to live with their mother in a home that she owns, the last issue that the magistrates must resolve in their resolution is how much money the father will have to spend from now on.

The divorce decree set an amount of 150 euros per child, an amount that is normally considered a “vital minimum”. However, the law requires that this amount be in line with the economic capacity of the parents. In this sense, given that the father only earns 767.46 euros gross per month, the court estimates that “the amount that he can pay monthly for the maintenance of his children should be limited to the sum of 100 euros per month for each one.” “Otherwise, the father, who no longer resides in what was a family home, would be placed in a difficult economic situation to sustain, since there is no evidence that he receives other income or what activity he can carry out given his disability situation”, conclude the magistrates, who remind that the pension can be revised in case the economy improves.