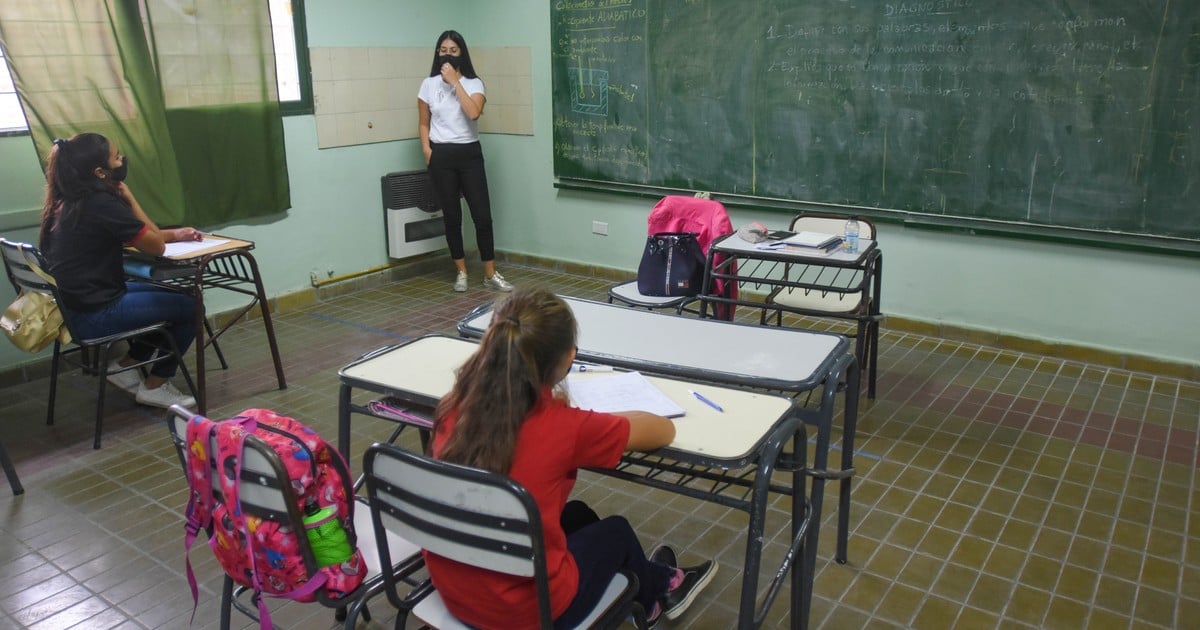 There were a large number of appeals filed by parents demanding the nullity of the DNU with which President Alberto Fernández decided to close the schools. One of them sponsored by the Official Defender was rejected by Justice Friday night. Two other proposals hope to reverse the closure of the classrooms on Monday: one formulated by the NGO Open the Schools made up of teachers, and the space known as the Center for Public Policy Studies.

They all happened on the same day. The Government of the City of Buenos Aires presented before the Supreme Court of Justice an amparo to annul the scope of DNU 421/2021. The Office of the Attorney General of the Nation, at night ruled on the matter and said that the highest court is competent to resolve the claim. During all those hours, a set of injunctions were appearing before the Buenos Aires justice.

The first rejection was known during the afternoon of Friday, in which the Administrative Litigation judge, Romina Tesone, I reject the request made understanding that the City went directly to the Supreme Court for the declaration of unconstitutionality of the DNU and that it sought in that instance, the resolution of the conflict with the national State.

In this protection, the Official Ombudsman’s Office, representing a group of parents and students, also argued that there is a “affectation in a certain and current way and with arbitrariness and illegitimacy” to rights and guarantees “of constitutional rank, in particular access to the right to education, guaranteed by the National Constitution, the Constitution of the City of Buenos Aires.”

As a result of such arguments, that protection already rejected, had requested the immediate suspension of the effects of DNU 241/2021, “in terms of suspension of face-to-face classes at all levels and in all its modalities and non-school educational activities, and the Government of the Autonomous City of Buenos Aires be ordered to maintain and guarantee presence in access to education in the area of ​​the City of Buenos Aires “.

Two more issues are in the process of resolution. In the same terms, that is, with a request for suspension of the scope of the presidential DNU that closed the schools for a period of fifteen days, a group of teachers gathered in the NGO Open the Schools, and the Center for Policy Studies Public, filed two appeals.

On Friday night, the Administrative Litigation judge, who was in charge of the presentations, Marcelo Segón, he declared himself incompetent and he sent those writings to Judge Romina Tesone, who had already rejected the request of the parents represented by the Official Defender’s Office hours earlier.

The lawyers representing these two spaces insisted that the amparos return to the hands of Segón, fearing that they will suffer the same fate as the parents’ request: their rejection.

Finally, the movement of the file indicated that these last amparos returned to the court in charge of Marcelo Segón, which must be issued regarding whether it makes room for the opening of schools in the City of Buenos Aires on Monday, or if, on the contrary, it rejects the claim and validates the decision of the national government to suspend face-to-face classes for fifteen days.

The next instance from which the head of the City Government, Horacio Rodríguez Larreta, awaits a resolution, is the Supreme Court. The protection that was presented there was based on three axes: the alleged violation of the autonomy of the City, – “the decision adopted by the National State implies a virtual federal intervention”; the violation of the principle of reasonableness – “the suspension of face-to-face classes is not justified in empirical data” – and the violation of the principle of federal supremacy, according to which “the supremacy of the National Constitution is declared above all the legal order Argentinian”.