Justice, Meloni is halfway with Salvini: the challenge continues in the cdx 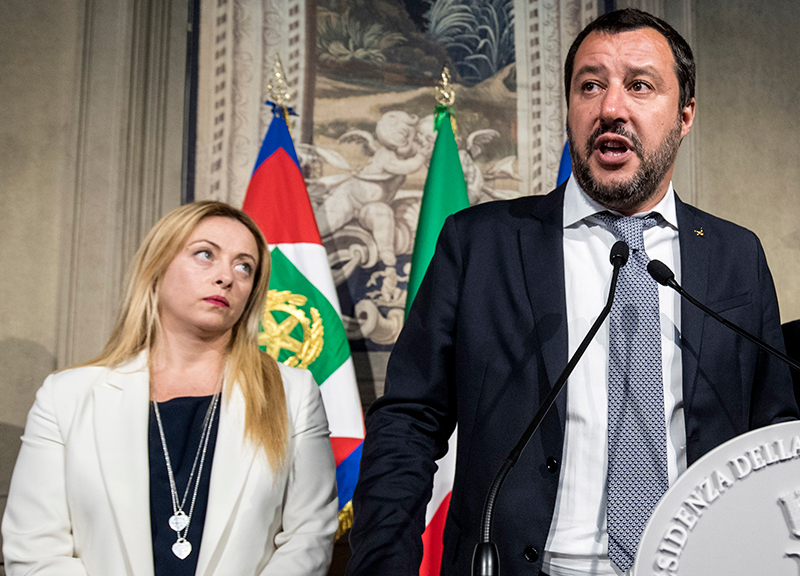 Only on the weekend of July from Bolzano to Lampedusa. “An exceptional thing” commented the secretary of the Carroccio to the gazebos organized in Termoli, in the province of Campobasso, for the collection of signatures for the referendum on justice.
But with Giorgia Meloni there does not seem to be a totally common point of view. “We will collect the signatures for the referendums relating to the necessary reforms of the judiciary alongside the entire center-right”, specified the leader of FdI. “It is necessary to start a process of radical reform of the judiciary after the disturbing events of the Palamara case” said Meloni .

“We need to reform the judiciary – he continues – to undermine the system of currents that has fatally compromised its image. Two questions will be exceptions in our gazebos for which we will not join in the collection of signatures: one on precautionary measures and one on the law Severino, children more of the legitimate radical culture than that of the national right. The referendum proposal on preventive detention, beyond the shared reasons, would prevent the arrest of drug dealers and common criminals who live off the proceeds of their crimes. We want to stop crime without if and without but “.

Then on Severino law: “It must be profoundly modified due to its evident distortions, but its total abolition would mean a step backwards in the relentless fight against corruption and, moreover, it would risk giving the power to some magistrates to choose which politicians sentenced to reapply and which ones to ban from public office. For the Italian right, safety and the fight against corruption have always been non-negotiable values. Although all the questions are motivated by understandable reasons, compared to the two mentioned we fear that the consequences could create further distortions “concludes Meloni.