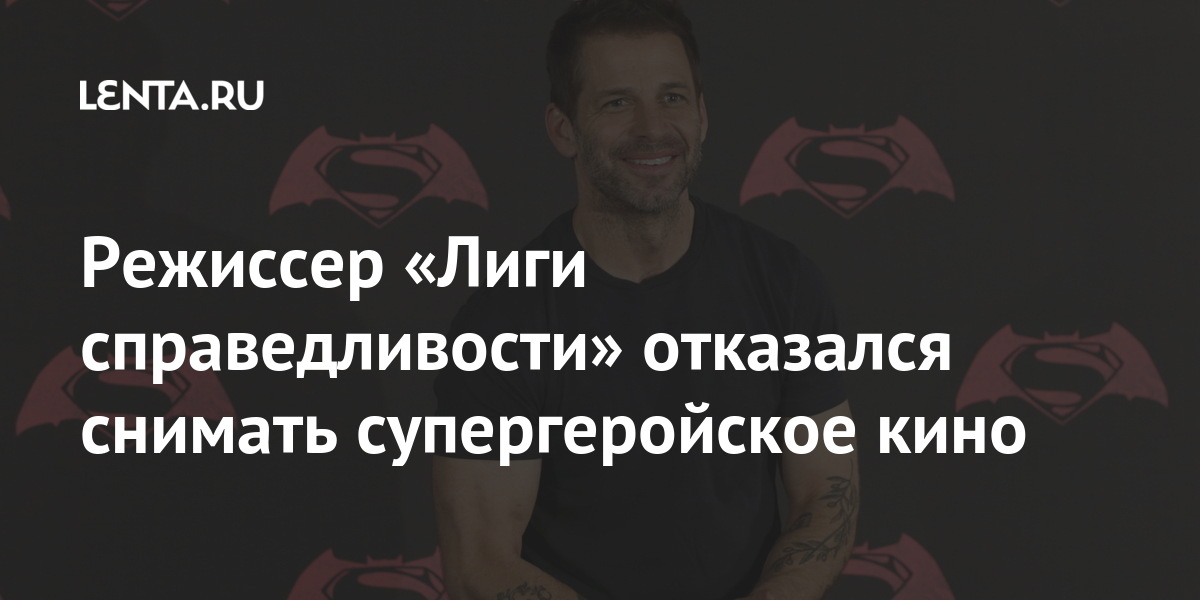 American director Zack Snyder, who presented an extended version of the superhero film Justice League this week, has refused to make films based on comics. He stated this in an interview with the publication Deadline.

According to the director, despite the interest in some comics, in particular, “Batman. Return of the Dark Knight ”, he does not want to plunge into the world of superheroes and save the universe again. “I’m not eager to do another comic book movie,” Snyder said.

However, he noted that the Warner Bros. showed no interest in further joint work with him, which the director called a normal phenomenon and treats this with understanding. In addition, Snyder is currently involved in several projects for the Netflix streaming platform.

The production of Justice League, released in 2017, was fraught with problems. The script for the film has undergone numerous changes before and during production. In May 2017, Zach Snyder announced that he was stepping down as director of Justice League. Joss Whedon, author of The Avengers and Firefly, was commissioned to finish the film. As a result, the picture became a box office failure.

In May 2020, Snyder announced that the original version of the film would be completed and released under the title Zach Snyder’s Justice League on the HBO Max platform. The premiere took place on March 18, 2021.

S-80: a submarine with NASA seal

In Russia, assessed the risk of a more deadly mutation of the coronavirus