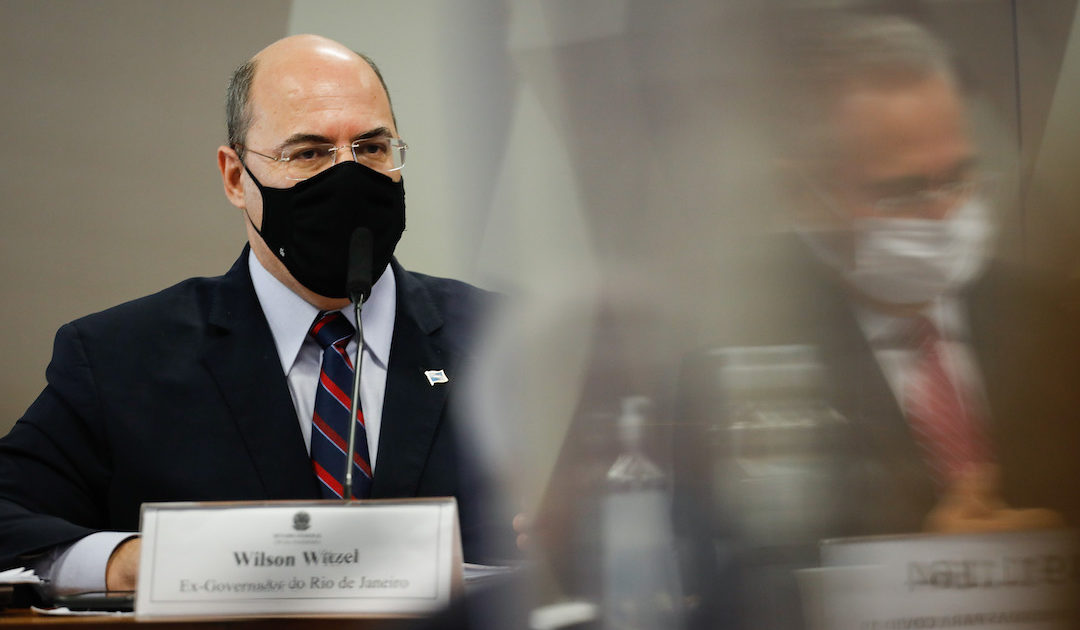 Former governor of Rio de Janeiro Wilson Witzel (PSC) has 15 days to explain to the court the statements he made about the senator Flavio Bolsonaro (Patriota-RJ) during testimony at the CPI (Parliamentary Commission of Inquiry) of Covid, in the Senate. The decision of this Monday (28.Jun.2021) is of judge Ricardo Coronha Pinheiro, of the 39th Criminal Court of the TJ-RJ (Tribunal de Justiça of Rio de Janeiro). here is the whole of the order (94 KB).

The senator’s defense says that Witzel’s speeches can be classified as slander, slander and slander. The former governor testified at the CPI on June 16. The senator filed a lawsuit against Witzel on Friday (June 25).

The 2 points to which Flávio Bolsonaro’s lawyers ask Witzel to explain himself are: federal hospitals and the death of councilor Marielle Franco (Psol) and driver Anderson Gomes, in March 2018. The CPI session in which the former governor gave testimony was the stage for discussions between him and the senator.

The request by the congressman’s lawyers states that Witzel’s testimony only served to attack Flavio’s honor and “attributing to him sometimes criminal, sometimes defamatory conduct, accompanied by insults of all kinds”. here is the whole (270 KB).

Lawyers ask Witzel to explain what he meant by the statement “hospitals in Rio have an owner”. According to the document, backstage at the CPI, Witzel would have claimed that the owner was Flávio, but in public his statement was dubious.

“What did the respondent intend to say: would there be corruption? Influence trafficking? Spurious crony relationships?”, question the lawyers. The authors of the request indicate that the statement may have been “defamatory, slanderous or even insulting”.

The request filed in court also asks Witzel to explain what he meant when he said not to be “doorman to be bullied”. The phrase was said by Witzel when the CPI rapporteur, senator Renan Calheiros (MDB-AL), stated that Flávio was intimidating the former governor.

The doorman at the condominium where President Bolsonaro lived in Rio was heard in the investigation into the murder of councilwoman Marielle Franco. Witzel’s speech was interpreted as a reference to this.

“What do you mean by these terms? That Senator Bolsonaro coerced that humble witness during the investigation into the death of the former councilor?! That the questioner coerces doormen? Witnesses?”, question Flávio’s lawyers.

Last Wednesday (June 23), Witzel’s confidential testimony was approved by the CPI. There is still no date or place to carry out the investigation. The secret hearing was requested by the former governor.