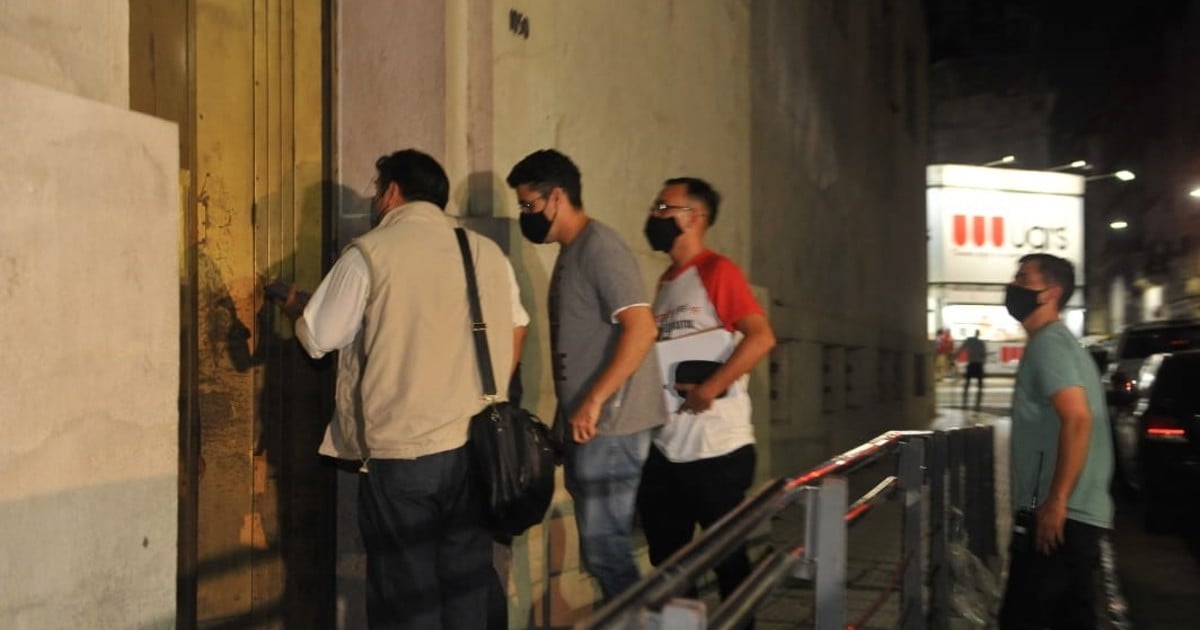 In the midst of the scandal over the VIP vaccination, the federal judge Maria Eugenia Capuchetti ordered this monday night pave the Ministry of Health to advance the investigation into immunization irregularities.

The operation had been requested by the prosecutor Eduardo Taiano and is carried out by the Division of Crimes against Health and Counterfeiting of Drugs of the Federal Police. Taiano also requested that the Posadas Hospital be raided, but for now the judge did not endorse that measure that could take effect this Tuesday.

The troops entered the building in search of all kinds of documentation related to the vaccination program carried out by the Government and which was targeted by the multiple irregularities. In addition to papers, they were looking for footage from the security cameras to determine who entered the VIP vaccination center. Clarion revealed that last Thursday ten people were vaccinated in a secret operation. Among the best known figures were the immunized journalist Horacio Verbitsky, Congressman Eduardo Valdés, Senator Jorge Taiana and businessman Florencio Aldrey Iglesias, among others.

All those cameras that were raided and the seized material is already being investigated by the judge and the prosecutor who seek to corroborate who entered the building between February 1 and 19.

Justice suspects that there could be many more involved despite the fact that the Government this Monday released a list of those immunized with privileges from the Posadas Hospital.

Before the raid, the prosecutor Taiano had made the decision to charge former Minister of Health Gines Gonzalez García for the irregularities in the distribution of vaccines. “It is an act of unusual institutional gravity because not only is it not complying with the duties of a public official, but it is also preventing a person considered to be at greater risk and who needs to be vaccinated from doing so,” he said in an opinion.

In addition, the prosecutor described that the former minister “would have ordered personnel from the Posadas National Hospital to go to the headquarters of the Ministry of Health of the Nation to immunize various people who did not meet the epidemiological priority criteria or the established stage scheme.” .

With the support of that opinion and the accusation, Taiano requested that Judge Capuchetti enable the search.

Minutes before the operation on Monday night, the new Health Minister, Carla Vizzotti, said in an interview with C5N that they are “at the disposal of the Justice.” “It is a specific situation (that of the VIP vaccination), which is not acceptable in this context or for the President and the minister accepts it in his resignation. Timely and powerful measures were taken,” he added.

Raid on the Ministry of Health. Photo: Enrique García Medina.

The International for Arabic Fiction announces the long list