Justice. Agent Orange, a war crime at the helm 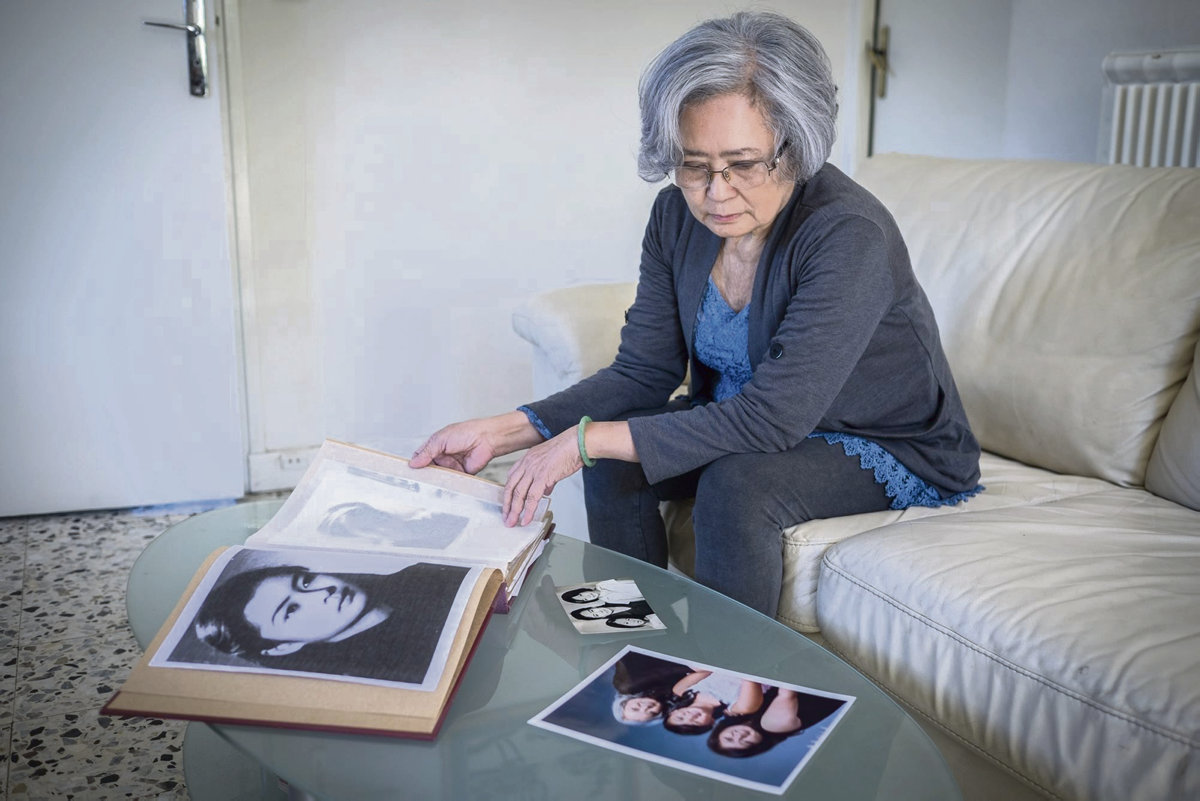 What does freedom mean when the body, millions of bodies are prisoners of incurable illnesses over several generations? How to envisage individual and collective reconstruction when a poison with molecules of infinitesimal size makes its way everywhere? Soil, sediments, groundwater, even contaminating the food chain. It is the history of Vietnam which, from a laboratory of war, turned into a small pharmacy of horror thanks to one of the greatest crimes in the history of humanity.

Faced with elusive Vietnamese fighters, President John Fitzgerald Kennedy, seduced by the idea of ​​relying on American “inventiveness” to get out of the stalemate, launched Operation Ranch Hand (Agricultural Worker) in order to dislodge the guerrilla warfare and starve the population supporting the resistance. Requisitioned by the US government, chemical companies use a rapid manufacturing process that generates the presence of dioxin in the finished product. Everyone knows that one or two micrograms per tonne can cause genetic mutations. However, from 1961 to 1975, at least 84 million liters of defoliant were applied.

The story of Tran To Nga and millions of Vietnamese

This is also the story of Tran To Nga, “Daughter of the Mekong, colonialism and war”, former resistance Viêt-cong, bruised in her flesh, whose lawsuit against 19 chemical companies that produced or marketed dioxin TCDD will enter, today at the judicial court of Evry, in a new phase with the start of pleadings, six years later the start of the procedure. “  It is a unique, historical, political and educational process ”, insists Tran To Nga, who has been exposed twice to Agent Orange.

“With each illness, I have an anomaly, resistance to drugs. The specialists cannot explain it. Tran To Nga

In 1966, intrigued by the plane that flies over her cache, the inexperienced fighter leaves. “The C-123 flies at low altitude. From his entrails escapes a sort of white cloud that blotches the blue of the sky. I contemplate how one would watch a flight of migrating birds without moving. And all of a sudden, a sticky rain drips down my shoulders, is pressed against my skin », she describes in her biography (1). At 79, the former journalist suffers from type 2 diabetes, a failing immune system, headaches, breast cancer and subcutaneous nodules. Her first daughter, born in 1968, had skin that fell apart a few days after birth, and died of tetralogy of Fallot at 17 months.

Her other two children suffer from alpha-thalassemia, a blood disease, and chloracne, which affects the skin, respectively. “With each illness, I have an anomaly, resistance to drugs. The specialists cannot explain it. “ In Vietnam, 4.8 million people have been directly exposed to Agent Orange and more than 3 million are still suffering the consequences, according to the Vietnamese Association of Victims of Agent Orange-Dioxin (Vava). “The victims of Agent Orange are the most miserable of the miserable. Justice must be done. They only claim dignity ”, continues Tran To Nga.

“The complexity is that all of the companies are in the United States, where the law is different. Amélie Lefebvre, lawyer for Tran To Nga

This lawsuit is often compared to David’s fight against Goliath. And for good reason, it turns out to be extremely expensive since the thirty lawyers of multinationals, including Dow Chemical and Bayer-Monsanto, have deployed all the stratagems to slow down the progress of the trial and exhaust Tran To Nga. They have the necessary strike force: a few years ago, Dow Chemical’s turnover blithely exceeded Vietnam’s GDP. “The complexity is that all of the companies are in the United States, where the law is different. We had to have all the documents translated by sworn translators so that the acts were regular ”, specifies Amélie Lefebvre, one of the lawyers at Tran To Nga, on behalf of Bourdon & Associés, which is asking for the payment of compensation for bodily and moral injuries (read the interview with William Bourdon, opposite).

The challenge is to have a French court recognize the link between exposure to phytosanitary products used by the American army and all the pathologies developed by the Vietnamese. If this were the case, the millions of victims could claim compensation for extremely heavy and expensive care. “We expect a lot from this trial in Vietnam”, confirms Truong Pham, communications manager at Vava.

According to researchers at the University of Washington’s Department of Biology, dioxin TCDD may promote “The transgenerational epigenetic inheritance of the disease and the epimutations of DNA methylation in sperm”. After denying the existence of a report on the serious pathologies developed by exposure to Agent Orange, classified secret for thirty-five years, the US administration now blames Agent Orange for seventeen pathologies, including several cancers, as well as about twenty congenital malformations. The Tran To Nga trial is all the more crucial given that, for the time being, all the representations made by Vietnamese victims to the American justice system have been rejected. Uncle Sam only agreed to $ 180 million in compensation for his own veterans and out of court so as not to set a legal precedent.

Because cynicism goes that far. At the end of 2017, the Americans completed the decontamination work at Da Nang airport, initiated five years earlier for an official budget of $ 43 million. The old base was among the twenty-eight “hot spots”. Only the hectares where the stocks were stored were decontaminated. No chemical balance has been drawn up. On the other hand, decontamination generates many profits. Concerning the Biên Hoà airport, “The volume of land impregnated with toxic products is five times that of Da Nang. The cost is estimated at 500 million dollars for ten years of work ”, underlines Nguyên Van Rinh, president of Vava. The work was therefore primarily undertaken where the Americans could return. “Da Nang being the only deep-water port in Vietnam where US Navy buildings could be anchored permanently”, specifies the writer André Bouny (2), who convinced Tran To Nga to initiate this procedure.

This is the case on March 5, 2018, when the American aircraft carrier USS Carl Vinson anchors off Da Nang. The next day, Marines went to the Hoa Vang District Victim Protection Center. A strange spectacle to be seen by these American soldiers contemplating the criminal work of their elders. The victims of Agent Orange are now serving China’s geostrategic containment projects in a context of Sino-Vietnamese rivalry on the Paracels (Hoang Sa) and Spratleys (Truong Sa) islands. “It is difficult to demand from the former enemy the compensation of the victims of Agent Orange, while he poses as a protector against the power neighboring China”, abounds André Bouny. Also in the American baggage, unscrupulous associations such as Living Water Initiative, an evangelical organization which, under the guise of food aid or educational projects, sees assistance as a means of continuing its religious mission in Asia. In this great game, Tran To Nga used to say: “I’m just a little dust. “ A little dust today capable of stopping the machine for crushing bodies and continuing the war by other means.

The firms “knowingly supplied the product”. In line with the Russell Tribunal on American Crimes in Vietnam of 1966, Paris hosted, in 2009, the International Tribunal of Opinion on the responsibility of the United States in the spraying of Agent Orange on Vietnam. He concluded with “joint and several liability of the United States as having committed the spreading but also of companies which provided the product knowingly”, summarizes Roland Weyl, president of the International Association of Democratic Jurists. While the companies were aware of the damage caused by the product, the continued production of high levels of dioxin and its use by the US military constitutes “a war crime”. The judgment also concerns the establishment of a commission, financed by those responsible, identifying the extent of the damage and the minimum provisional compensation to be paid to the victims. 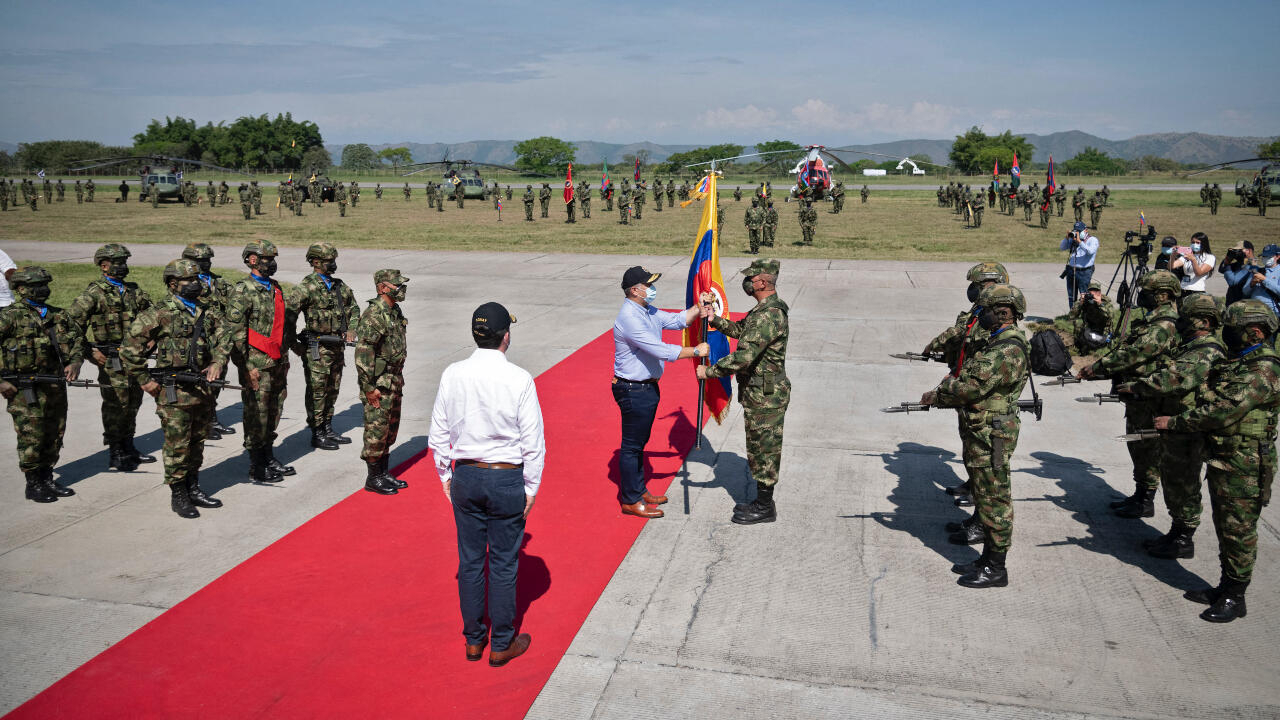 Syria: “My daughter is in danger, I put myself in danger”, testifies a mother who has started a hunger strike to demand the repatriation of her sick daughter