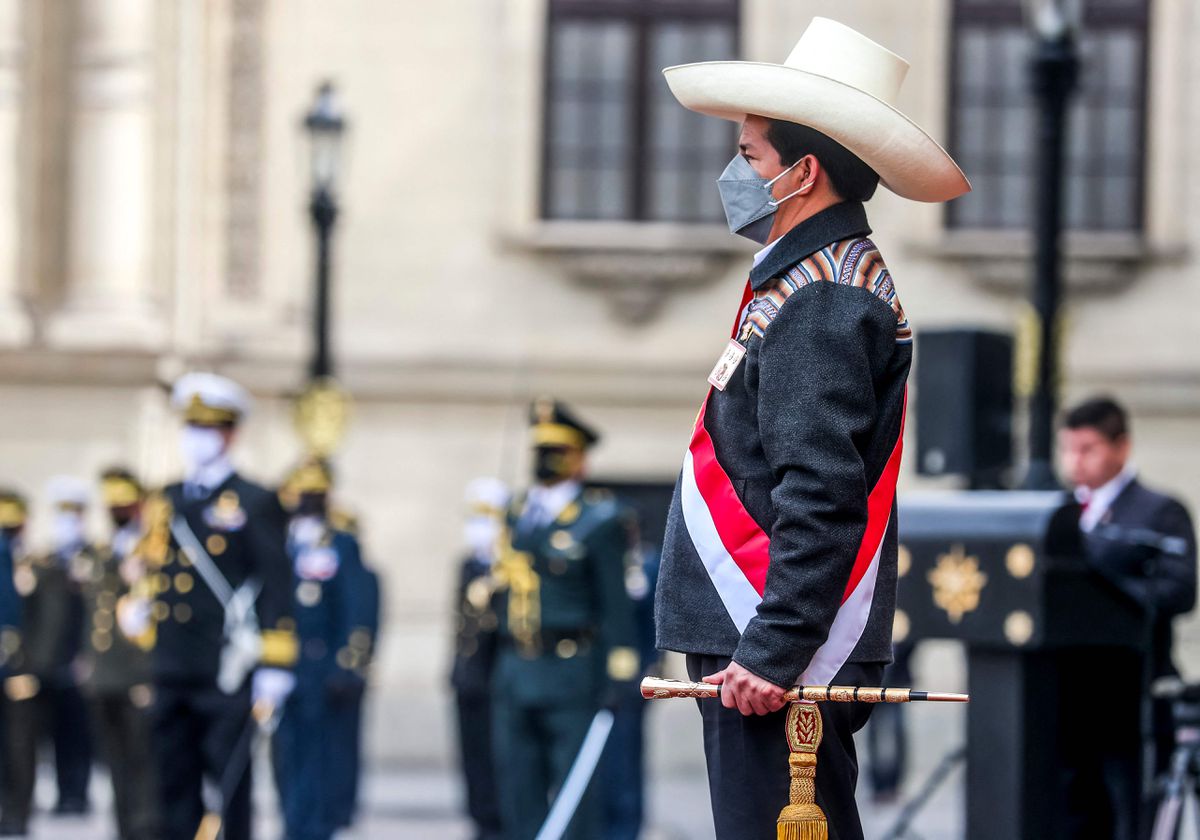 Several elements are contributing to generate a dangerous climate of ungovernability in Peru. First was the persistent noise over alleged and never proven fraud in the June 6 presidential election. Now the tensions have moved to a second and superior phase since Professor Pedro Castillo assumed the presidency on July 28. To the extremist hysteria that calls for the presidential vacancy from the third day of the Government, are added, from the other side, controversial decisions adopted by the Government itself in its recently initiated administration.

Prelude to this: Castillo’s proclamation came very late due to the cry of “fraud”, when it was already materially impossible to have the time necessary for a meticulous transfer of the heavy state machinery. But even in this difficult scenario, the actions of the recently launched government raises questions and concerns that cannot be ignored in at least two important aspects.

First, the alleged weight of Vladimir Cerrón, head of the party for which Pedro Castillo (Peru Libre) participated in the presidential elections. Several think that it would be Cerrón who actually governs and commands now. There is no doubt that Cerrón has weight; after all, he is the party leader of the government parliamentary bench. But it is still uncertain whether he is in a position to manage the state apparatus and the president in all their fundamental decisions (as in the Montesinos / Fujimori duo).

For example, Cerrón publicly and frontally questioned economist Pedro Francke last week, for being supposed Chicago boy, openly opposing that he was Minister of Economy. Francke is today Minister of Economy, above any pretense of Cerronista. Castillo decided. And it is expected that the current and solvent president of the Central Bank will also be ratified, which according to the Constitution is the responsibility of the president to designate.

It is still to be determined, by the way, how much weight Vladimir Cerrón will have, a character questioned from almost all sectors, and about whom the president himself, during the campaign, promised that “we would not even see him as a goalkeeper” in his government. He is not a goalkeeper or an official, but it is obvious that he does have power.

Second issue of concern, the dynamics and content of several of the new appointments to the public function, starting with some of the ministers (I say this in male, since there are only two women among the 19 ministers).

On the one hand, the “Cerrón issue” arises again. Perhaps for leading a party apparatus — which Castillo lacks — Cerrón has a long list of names ready to fill public positions. And in fact several of the appointments, some very questioned and questionable, come out of that quarry. But its ability to take control is not all-embracing on crucial issues and is highly debated today as most of the cases questioned, with good reason, have come precisely from there.

Among the controversial appointments is that of the Chief of the Cabinet, Guido Bellido, who has recently dragged unfortunate press statements with unacceptable misogynistic, sexist, discriminatory and denigrating conceptions of the diversity of sexual orientations. And —the most questioned— records of ambivalence, to say the least, in the face of Shining Path terrorism, something not very acceptable in Peru.

It is no secret that it was because of their appointment that two non-“Cerronistas” did not initially agree to integrate the Cabinet into crucial portfolios: Economy and Justice. They took office two days later. But only after Bellido’s office officially announced concepts diametrically opposed to the unacceptable ones that he himself had exposed before. He was explicit, now, in rejecting “all forms of violence and terrorism” and his commitment to overcome “racism, classism, machismo and homophobia that are deeply rooted in society.” Purpose of amendment? Could be. But, in any case, certainty that he was forced by Castillo.

In parallel with this rectifying step, however, there is an alluvial process of removals of senior management positions in various ministries, which in many cases have been occupied by people with little or no experience in managing the complex state machinery. Or, what is more serious, with trajectories that, in some cases, seem more like medical records than CVs.

The Peruvian state is tremendously complex and inefficient. This massive and simultaneous replacement of senior officials in various ministries by inexperienced ones in many cases can be lethal for an already pachydermic state machine. Substitution by people who, moreover, in several cases have not passed through the most elementary probity filters; Thus, a prelude to state ineffectiveness and danger of corruption.

These are very delicate circumstances, in which extreme and opposing forces could end up converging in the demolition of governance.

Those of right-wing extremism, on the one hand, who believe that they should choose the ministers, when they are not the government. That makes no sense or constitutional or political foundation. They ignore that the Castle, whom they want to overthrow three days after assuming the presidency, received votes from 80% of the population in several very poor Andean areas that would not remain impassive in the face of a quasi-coup conspiracy.

And, on the other, a radical sectarianism that is now expressed in the desire to take over public positions with people who, with few exceptions, constitute a threat to the execution of any serious project of responses to the challenges that the present poses. And that begins to manifest itself harshly and confrontationally in the face of government appointments that are nourished by other quarries. It just happened with the appointment this Wednesday of the new representative of Peru to the OAS, H. Forsyth, in an act that is indisputable presidential attribution. A bad sign that a few minutes after the announcement, Peru Libre officially expressed: “it does not represent us.”

There are those who forget that Pedro Castillo was not elected as a radical. Above all, it was the electoral alternative to the one who is accused by justice as the head of a criminal organization. It was also a letter and option for an expected and indispensable change towards a more proactive society in generating health, education and well-being.

Due to the pragmatism that he has made use of in various circumstances, it should not be ruled out that sooner or later that same pragmatism could lead Castillo to open his range of allies to govern, be viable and establish himself. And thus, be able to advance and weather, with its own profile and announced concerting proposal, the onslaught of the intense frond winds that blow.