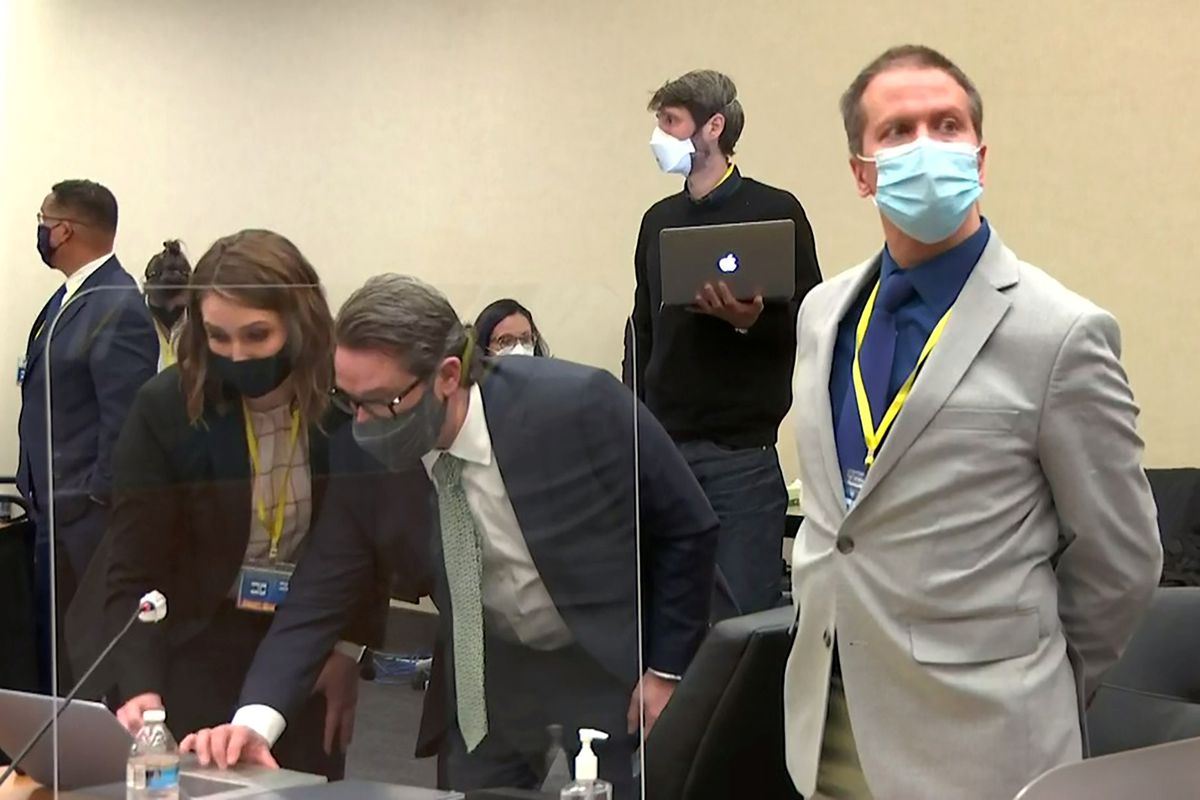 The United States closed on Tuesday a momentous chapter in its racial history, the original sin of this country. The jury has found former police officer Derek Chauvin guilty of three counts of murder for the death of African American George Floyd in a brutal detention on May 25 in Minneapolis. The tragedy, which occurred in broad daylight and videotaped by passersby, circled the globe and sparked a global mobilization against racism, making this more than a trial of a man and more than a verdict . In a country with few sentences to the security forces, for many activists, this could become a turning point in the long history of police brutality against blacks.

As soon as the sentence was read, the screams of euphoria began next to the court and at the crossroads today known as “George Floyd Square”, the place where Chauvin killed him. The tension and protests in the streets have marked this process that has had the United States in suspense and the deliberations have lasted less than could be expected.

The jury, made up of seven women and five men of different races, only required 10 hours between Monday and Tuesday to reach a unanimous decision. The harshness of the images, the nine minutes of Floyd’s agony under the knee of an impassive agent, have played a major role in this process and in the global stupor generated.

On May 25, a patrol went to a store in the south of the city for the notice that a customer had paid for his tobacco with a false 20 dollar bill. It was Floyd, still in a car parked in front of the store. To overcome his initial resistance, Chauvin pinned him to the ground along with two other agents and then this fatal trance took place. Chauvin’s knee clenched the neck of a black man who was no longer moving, who claimed he could not breathe and then appeared dead without Chauvin taking the pressure off or heeding the complaints of helpless and bewildered passers-by.

During three weeks of trial, by the court of Hennepin County, where the city of Minneapolis is located, some of them have paraded among the 45 witnesses. “Use common sense, believe what your eyes saw, you’ve seen what you’ve seen,” said prosecutor Steve Schleicher. This process, he stressed, “is not against the police, it is a process in favor of the police.” His two companions are also awaiting trial, albeit for minor offenses. All were fired from the body after the incident.

The ‘Floyd Affair’ sparked the largest wave of anti-racism protests in the United States since the assassination of Martin Luther King and sparked a true national catharsis. Companies and institutions, even the Pentagon itself, made a new examination of conscience on the racial burden of their symbols and the glorification of the emblems of the Confederate and slave-owning America.

This time it was not a prominent man from the community who was killed, nor was it a notable civil rights leader who was killed. George Floyd was a man with a complicated life, with a prison past that he tried to overcome with religion and a present with drug problems, but precisely that raised a deeper conversation, because his marriage illustrates the situation of daily vulnerability faced by the black detainees, versus white suspects, and recalled the odds that an African American has over a white to end up on the margins of society and die in an arrest.

It is rare for a court to convict a police officer in the line of duty. A decision of the Supreme Court of 1967 established the violations of law on the part of the forces of order, when they are carried out “in good faith”, in an operation, they enjoy “qualified immunity”. In 2015, the same court specified that this dispensation excludes the violation of “clearly established statutory and constitutional rights”, but the wording served as a drain for cases that today are remembered with indignation. Rodney King has been remembered these days, one of the first abuses that the world can see with its own eyes. One night in 1991, the police arrested King, who was drunk, and gave him a brutal and incomprehensible beating. The subsequent acquittal of the officers sparked another wave of protests.

Susana Baca wishes a duet with Christian Yaipén from Grupo 5: “I would love it”

Lotto on Saturday May 1st, 2021: These are the current winning numbers

Bordalás: “We want three points, Getafe is like that”