Julio Mayora wins the silver medal for Venezuela in weightlifting 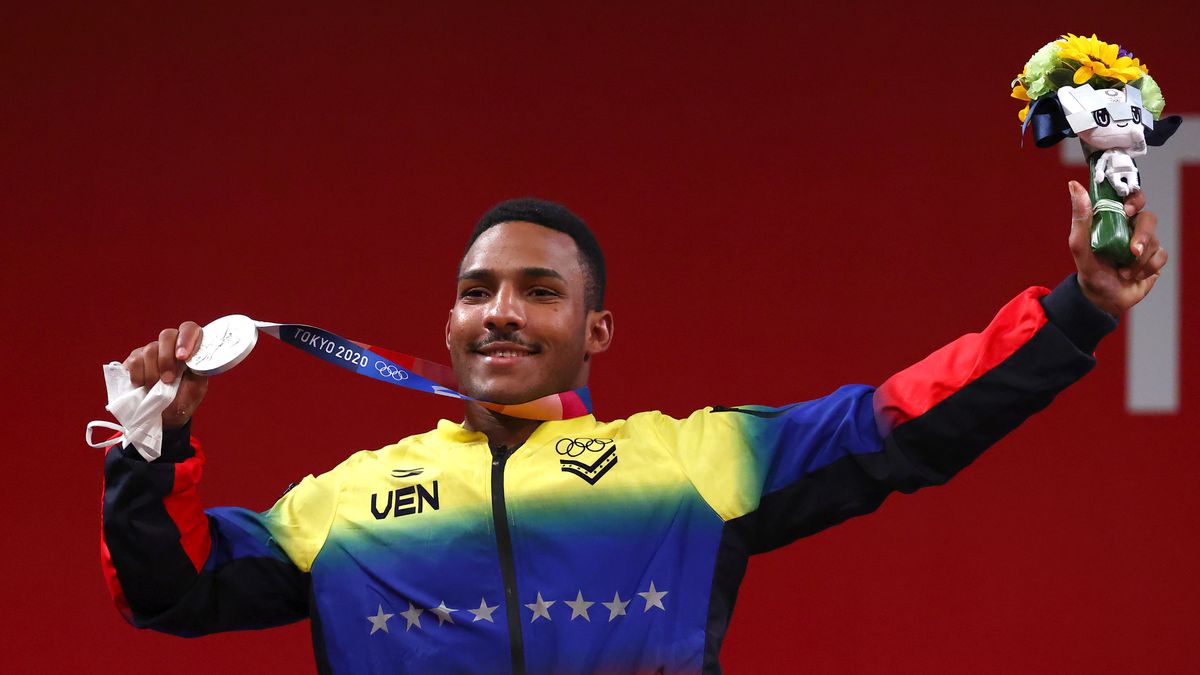 Venezuela reaches the medal table in Tokyo 2020. The weightlifter Julio Mayora (Maiquetía, 25 years old) took the silver medal in the division of less than 73 kilograms. Mayora was one of the great promises of the South American country, being in fourth place in the world ranking of the discipline. The Venezuelan made a place between the Chinese Zhiyonh Shi and the Albanian Briken Calja.

Mayora, a bronze in the 2018 World Cup, took silver with her good performance at the start by carrying 156 kilograms. After two attempts in two halves, at 186 and 190 kilos, he made one last round to get closer to the Chinese’s score, but it was unattainable. Julio Mayora gave his country the 18th medal in its history and it is the second in weightlifting after Israel Rubio’s bronze in Athens 2004.

Venezuela, mired in the worst crisis in its history, has the smallest delegation of athletes since Sydney 2000. Athletes lead a sacrificial life. In Venezuela it means crossing a path full of obstacles that have nothing to do with your discipline. Lack of resources, the impossibility of complying with training due to lack of equipment, gyms and courts, and of attending international competitions. The country, however, is confident in the success of Yulimar Rojas in jumping and Daniel Derhs in freestyle BMX.

The sun rises after Bolt

Russia warned of possible threats due to Taliban coming to power