Julio Falcioni: ‘I have a team to protect and support’ 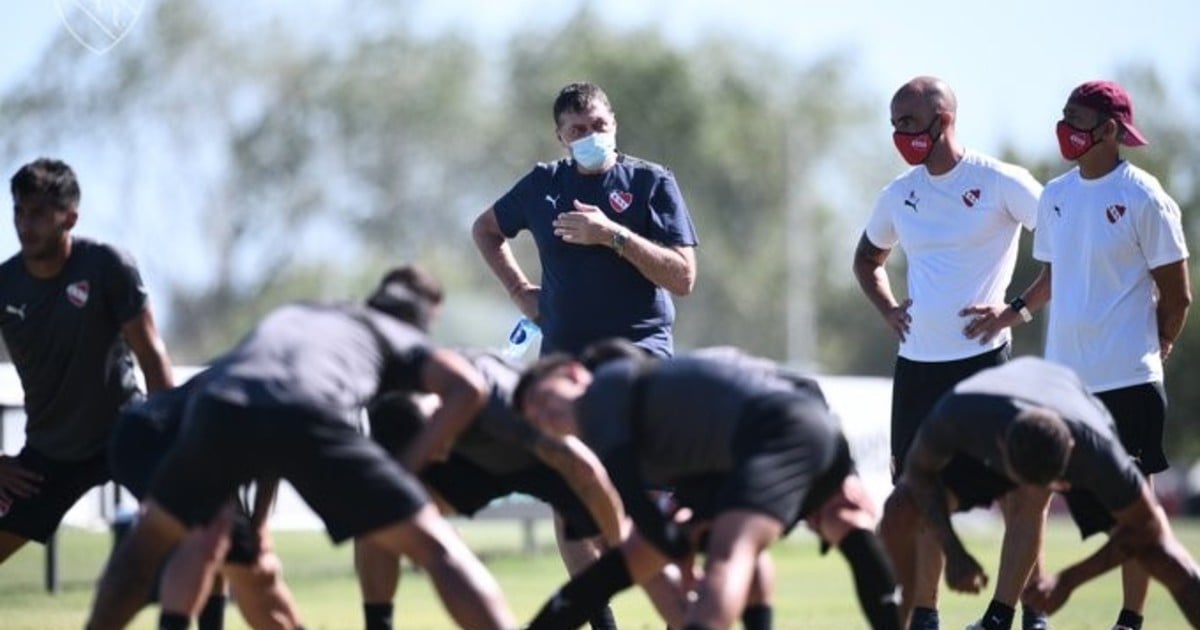 Very few would have imagined that he was going to be the one sitting in that chair to be introduced as Independiente’s technical director. That is why several answers try to solve questions that, as always in football, will have the final verdict when the ball begins to roll.

Julio César Falcioni does not stop to doubt. His voice is no longer heard with the power of before due to the harsh treatment he faced to recover from laryngeal cancer. But the message remains intact. At age 64, the Emperor reverts to Red and take on an unexpected but motivating challenge.

“We started work, and as always we are clear with the player about what we want. As the days go by we will get to know them more in depth and from there we will define the game format that gives us more guarantees, security and balance ”, said Julio César at a press conference in which the General Secretary of the club accompanied him , Héctor “Yoyo” Maldonado, and the Sports Secretary, Sergio Palazzo.

And about his idea of ​​the game he deepened: “I am not going to change my philosophy. I like balanced and hard teams and for that we are going to have to work hard. The dream is to fight important things. I have a team to which I have to protect and support“.

He was immediately consulted about the arrival of Pedro Damian Monzón, a historical idol of the institution that will join its coaching staff. Although Falcioni clarified that he will be the one who makes the decisions.

“In several clubs we have been to, there were assistants or physical trainers who were from the club. In Pedro’s case, I had lost my second assistant, we talked to add an important man in the history of Independiente and we agreed that this man could be Pedro, whom I knew from my time in the National Team. He will be an alternate technician, like Omar Píccoli who has worked with me for 15 years. In our coaching staff there is democracy, we all have an opinion but the one who decides is me. Pedro is going to be a very important man also in the corridors of the club ”.

Thinking about what is coming, the Emperor did not want to go into details about the possible reinforcements and passed the obligation to the leaders. “That’s what Yoyo and Sergio are for. I dedicate myself to working, training and talking about the players I have ”, he pointed out.

In this sense, some names have already transcended, among which stands out Jorge Rodriguez, Banfield midfielder whom Falcioni knows from his steps at the Drill and Nicolas Blandi, the former Boca and San Lorenzo striker who plays for Chile’s Colo-Colo.

March 13, 2020 was the last time Falcioni went out onto the pitch. It was in the 0-0 of Banfield in the Forest against Diego Maradona’s Gymnastics for the first date of the Super League Cup that would end up being suspended days later as a result of the pandemic.

The long stop and the risk that the DT carried due to his recent health problems put his intentions to direct again on hold. It was during this period that the proposal to become Banfield’s manager took hold. Until Independiente’s offer made him move the wheel and return to a playing field.

“During this period I consumed a lot of football,” he warns. “I have my analysis of this team and I don’t think my philosophy will change much. I’m looking for balance and solidity. I want a team that fights important things. Every team has to have a little experience, but at the same time, my role is to give the club a promising future in terms of the players that one prepares to compete “, summed up the new coach.

Oscar Parrilli, against the field: The producers fill their pockets with silver and take their foreign currency outside

Morey: the winger of the future who said no to Barça for succeeding in Germany