Judo, Costa wins bronze: “The icing on the cake of a long career” 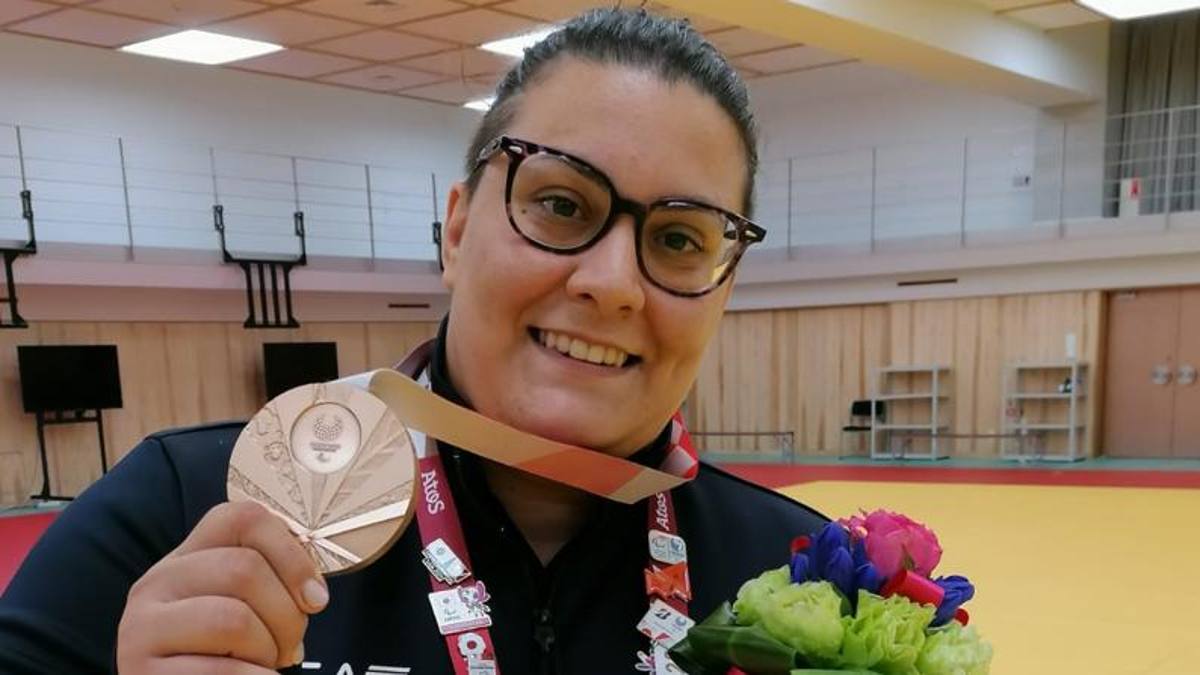 In the +70 kg of visually impaired, Carolina stops only in the semifinals: “I dedicate this medal to my father, my first teacher, who passed away when I was 12”. Seventh place for Lauria in the -70 kg

Blue judo also shines at the Tokyo Paralympics. Carolina Costa took bronze in the +70 kg classes B1-B2-B3 assembled, which include total blindness and the other two degrees of visual impairment. The twenty-seven-year-old judoka from Messina, turned last Wednesday, thus crowns an extraordinary career that began with medals in the categories of able-bodied people: it was then a progressive eye disease that weakened her vision, but not her morale or the desire to fight. This is how Carolina pushed herself to the top of Paralympic judo: from bronze at the 2018 World Championships to the 2019 European title, passing through the victories in the numerous Grand Prix that placed her in the top places of the world ranking. Until yesterday, when she put the long-dreamed Olympic medal around her neck: “It was quite a busy day and full of emotions – said Carolina-. I certainly could have done better in the semifinals and stayed more focused, but the emotion is anxiety took over. However, I made up for it with a beautiful bronze medal, which crowns all these years in which I have always been on the podium, this is certainly the icing on the cake. I dedicate this medal to my family, to my coach and my father “. The dedication to his father is also a thought to his first judo teacher, Franco Costa, who passed away when Carolina was only twelve years old.

Carolina overtook the American Katie Davis and, after the semifinal lost at the hands of the Kazakh Zarina Baibatina, she won in the final for the bronze medal over the Ukrainian Anastasiia Harnyk. “I am very happy for this medal – added Costa -, but soon I will already start thinking about the next World Championships and Paris 2024 which does not seem like it, but is very close”.

Italy led by technical director Silvio Tavoletta and coach Roberto Tamanti therefore hit the target with Carolina’s bronze medal, but also with the beautiful seventh place of Matilde Lauria, who in the 70 kg faced the Brazilian Alana Maldonado, then gold, and the Russian Olga Zabrodskaia. “I feel very excited because being here is a very special thing. -Matilde commented-. My race obviously suffered from this emotion of mine, even if the first opponent was very strong and I am a bit” old lady “. The second instead I fought her fully, I was very sure of myself even though I had already lost with her in the past. I felt like a lion thanks to the teachers who gave me a hand. I hope that this way of being and my way of being doing have meant a lot for anyone with a disability, especially double disability. What can I say, could we have done better? I am satisfied with where I have arrived, because the message has been strong enough. I thank my family, my children who supported me until the end. I thank all the team who followed and supported us “.

Maestro Roberto Tamanti, long-time coach following this team, summarizes this splendid day: “This is the conclusion of a cycle, Tokyo 2020, which began a few years ago. happened like at the Olympics for able-bodied, where there were many big players who lost. It also happened to our athletes, but then Carolina’s bronze gave complete meaning to the whole team. Now we have to continue working on these girls for the next world championships and for the next Olympics in Paris “.

Egypt.. 5 workers drowned in a boiler to refine oil.. and the owner of the factory is in prison

Santiago Solari breaks the silence about his relationship with Santiago Baños