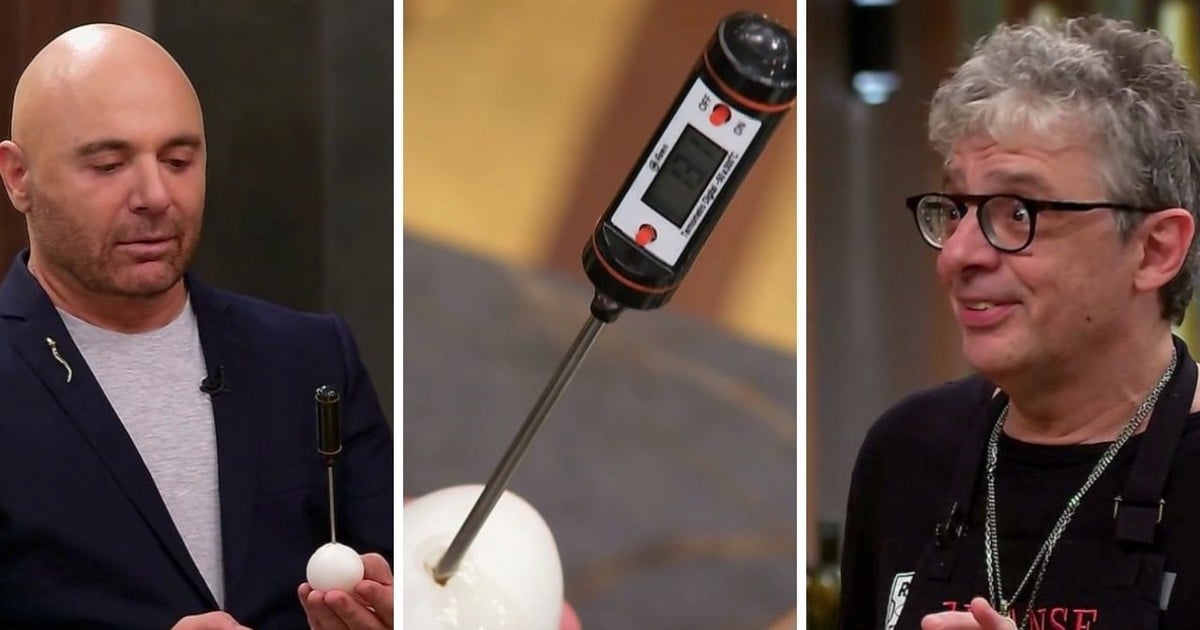 On MasterChef Celebrity (Telefe, Monday to Thursday, at 10:30 p.m.; Sunday, at 10 p.m.), the reality show hosted by Santiago Del Moro, yesterday, Tuesday, followed the instance of revenge in which eight participants compete to return to the program.

The funniest note was given by Juanse when at the time of presenting his plate to the jury he made a hilarious statement about the temperature of the eggs that are provided in the program.

On Monday’s broadcast, the first to go up to the balcony among those who play the playoffs was Flavia Palmiero.

Every day, the one who makes the best dish will come up as well. And on Sunday, in a definition gala, it will be known who changes the gray apron for a white one and rejoins MasterChef.

The jury made up of Damián Betular, Donato De Santis and Germán Martitegui presented them with the following challenge: prepare a dish with tuna, either as the main ingredient or as one of the preparations that make up that dish.

Before, they played a kind of shuffleboard with cans of tuna. From the balcony, Flavia was deciding in what order her companions happened to play.

Afterwards, they went to the market and began to cook until Santiago Del Moro gave them the classic indication “Hands up, participants” as an indication that the time had come to present the dishes for tasting and criticism.

The hilarious moment of the night

Juanse starred in the most hilarious moment of the night when he presented his plate and made a whole question about the temperature of the eggs they are given to work at MasterChef.

The musician cooked peceto with tuna salad with onion, potato, tomato and mayonnaise, egg, tuna and caper dressing. That was not the recipe he had promised to make. The original promise included a stuffed egg, then breaded, and finally fried.

From the outset, very seriously, he told the jury: “I make a clarification: there must be availability of both cold and natural eggs. Unfortunately, the eggs were very cold and that was ruining my initial plan,” he said.

“Yes, I eat sparkling water and still water,” Donato chicanered it. Without losing his cool, Juanse retorted: “I want to tell you that if you have very cold eggs and you have to boil them, that delays everything.”

“It’s not like that,” Martitegui argued. 98 percent of the people who make hard-boiled eggs on this earth take them out of the refrigerator. “.

“Yes, but not from this refrigerator. I bet you what you want! With the temperature that this has, the eggs seem ice, “Juanse planted.

In the midst of a great controversy, Germán Martitegui, thermometer in hand, punctured an egg to take its temperature.

“It is the first time in the history of television that an egg is pricked to take its temperature,” the participant ironic.

Unusual moment in MasterChef: They took the temperature of an egg by a proposal from Juanse. Capture TV.

The time of the decision

In the end, Martitegui, De Santis and Betular had to decide who would go up to the balcony with a gray apron. They chose Fernando Carlos, who cooked stuffed tomatoes in a gourmet version.

A while before, after having presented his plate to the three chefs, Fernando Carlos had made a hilarious imitation of Damián Betular. Look how it was!

In Moscow, a child escaped from a private kindergarten