Juanpe gets to 150: “I will continue to defend the colors with great pride” 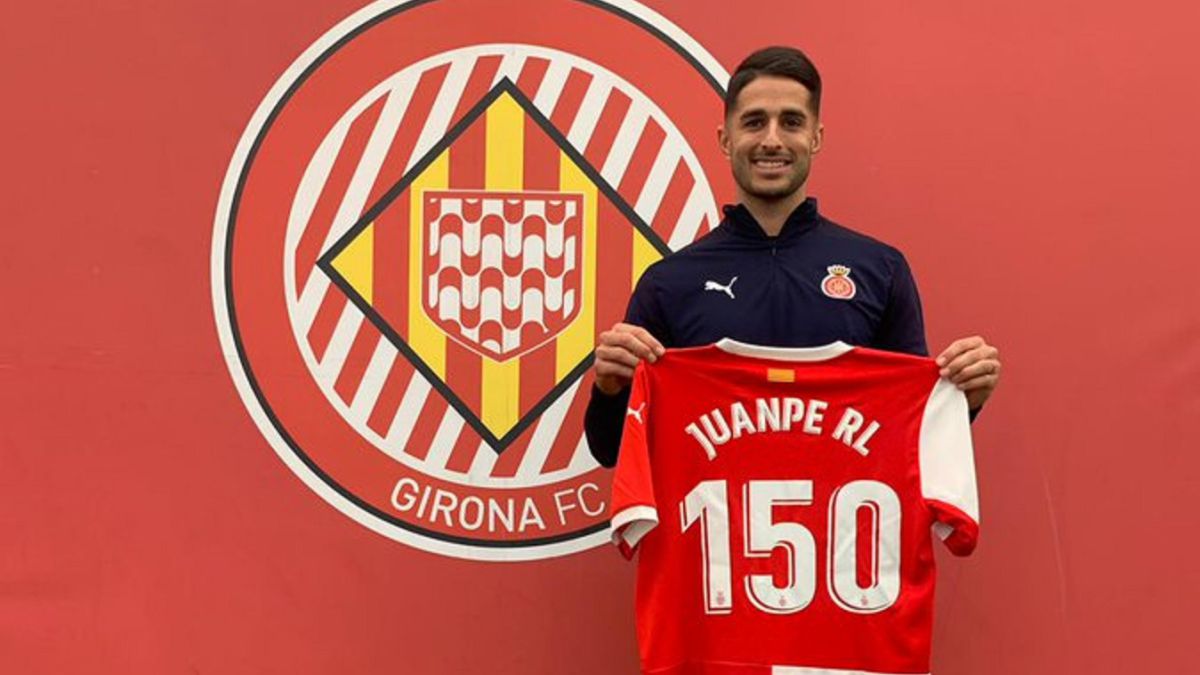 Juanpe Ramirez keep making history with him Girona. The central defender, who reappeared last Friday against Zaragoza after three games without minutes, reached his 150th match with the red and white jersey. “150 times and with the feeling of doing it at home, with mine. Grateful to all who have been part of this long journey. I will continue to defend the colors with great pride“Said a Juanpe that he hopes to have left his injuries behind once and for all this season and that is because he has only been able to play eight games. Now he is happy, Francisco blindly trusts him and he wants to be vital in a final course that seems frenetic and in which Girona dreams of reaching the playoff for promotion to First Division. With seven days to go, he sees Rayo (with one game less) three points away and Sporting four.

Juanpe, what has a contract with Girona until 2022, is one of the most important assets of the Girona entity. The 2016-17 season arrived and since then it has been gaining in importance. The central defender has found stability and happiness in the rojiblanco club and it is that It is the entity with which he has played the most matches in his professional career (150), well above the 71 he played with Racing Santander, 34 with Valladolid and 33 with Las Palmas. In addition, it was with Girona that he managed to fulfill his dream of reaching the First Division because, first, he actively participated in the promotion campaign (2016-17) and then enjoyed the gold category of Spanish football for two years . In the 150 duels he has played with Girona (12,866 minutes), Juanpe’s balance has been 56 wins, 57 losses and 37 draws, and he has scored seven goals and five assists. And it has reached this figure after disputing 68 games in the First Division, 75 in the Second Division, three in the Copa del Rey and four in the playoffs for promotion to First Division.

Nobody doubts the importance of Juanpe in Francisco’s current scheme and against Zaragoza he led the rear along with Santi Bueno and Arnau Martínez. The next day, against Oviedo, the Canarian center-back will remain as the starter and will continue adding matches with the red-and-white shirt. He is currently in the Top-15 and of the current squad, only Aday Benítez surpasses him thanks to his 195 duels. Juanpe is the history of Girona and the next to reach this figure of 150 duels will be Cristhian Stuani, who has 129.

When the storm passes