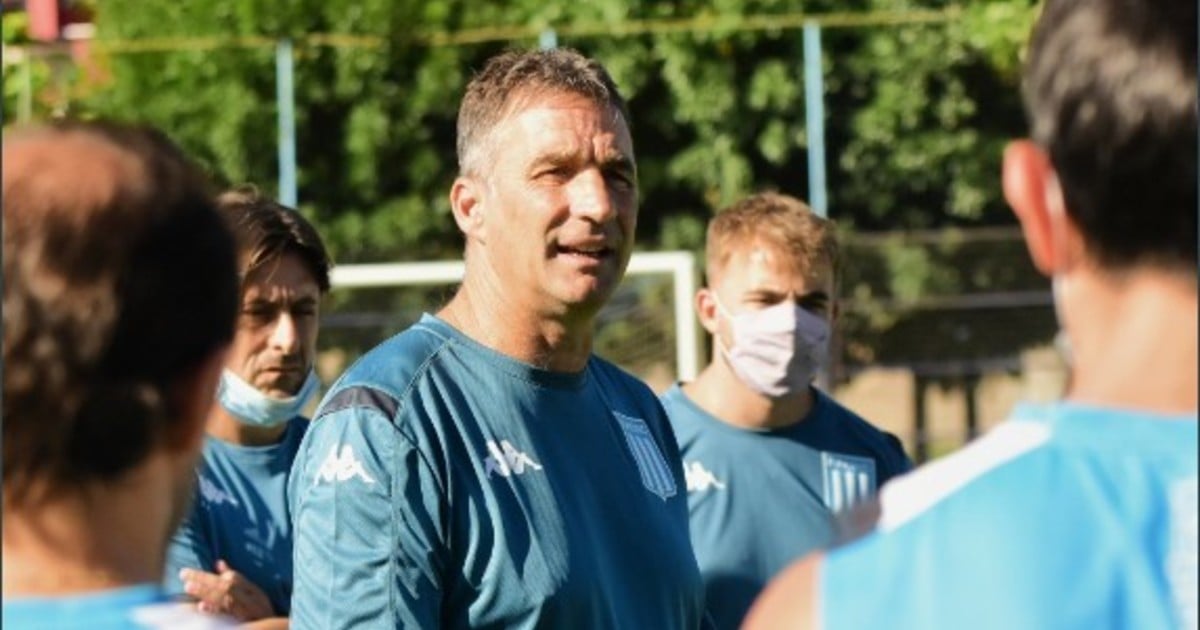 In the same room where two days ago Lisandro López, the symbol of the club, said goodbye, Juan Antonio Pizzi gave his first press conference as a Racing coach and admitted the pain caused by not having the forward in the team.

“De Lisandro is an irreplaceable void. On a football and human level. We understand Lisandro’s decision. But that understanding does not equate the sadness that causes me as a coach not to direct it, to the fan of not being able to see him and to his teammates not having him in the dressing room every day, “he remarked.

With the magician Rubén Capria, new manager replacing Diego Milito, aside and without the presence of Víctor Blanco, the president of the club, Pizzi started: “It is a great pride and privilege to begin to be part of this club and this project. I want to to express my gratitude for the trust placed in the leadership of this club and fundamentally in Rubén, who was the one who contacted me for the first time “.

“I reiterate my happiness and gratitude. Needless to say, that we are going to make all the sacrifice and effort necessary to position Racing in the place that it has historically occupied, deserves to occupy and we believe that we will achieve it in the short and medium term”, added.

The day had started hours earlier, at the stadium, with the first practice after the short break the squad had. Pizzi worked with all the players, except Lorenzo Melgarejo, who could not return from Paraguay in time due to administrative issues related to sanitary controls.

Accompanied by his collaborators Iván Moreno and Fabianesi and Rafael Maceratesi, Pizzi appeared and arranged work on the auxiliary activation court with passes, exercises in the middle zone and elongation, among other tasks supervised by Adrián Gerónimo, one of the physical trainers.

Lisandro López also passed by to say goodbye to those who were his companions. Thus, for a moment, the past and the future of Racing coexisted. From now on, with Darío Cvitanich as leader, the group will start a new cycle with Pizzi, one in which it hopes to recover the successful path that it traveled with Eduardo Coudet,

Carlos Menem died: the resignation of the ballot and the proclamation of Néstor Kirchner