Juan Forn, the man who read on Fridays 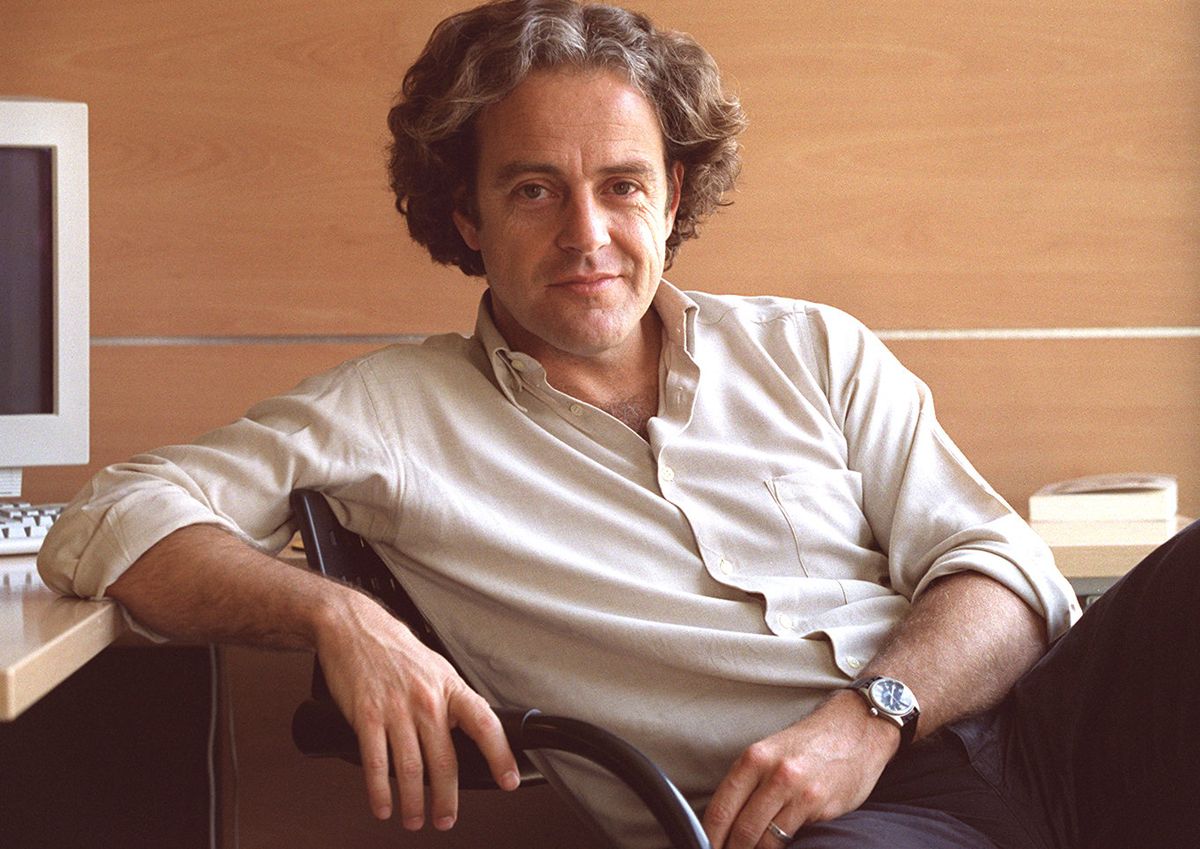 The girl arrived at her office in Buenos Aires with a murderous look and the book handwritten in a notebook. It was 1995 and the then editor of Planeta, Juan Forn, was so captivated by the novel by that irreverent teenager that he wanted to sign it as soon as possible. “It is one of the most beautiful memories I have of my time as an editor”, Forn recounted almost 20 years later. “She smoking, me asking the accountant if they could prepare a standard contract and prepare a check for a thousand pesos-dollars so that that smoking and indifferent minipunk named Mariana Enríquez could go buy a computer.”

Juan Forn, Argentine writer, columnist and editor, died of a heart attack this Sunday at the age of 61. Author of novels such as Hearts or Mary Domecq, and from the storybook Swimming at night, in which he portrayed with irony and tenderness the hardships and contradictions of the Argentine upper-middle class of the eighties, Forn will be remembered above all for his generosity as an editor and his voracity as a reader. It is survived by its mythical columns on the back cover of the Argentine newspaper Page 12, where he dedicated himself every Friday for almost 15 years to share his inexhaustible reading curiosity; and his nose as an editor, which located the first works of writers such as Mariana Enríquez, Rodrigo Fresán or Camila Sosa Villada. “Juan Forn changed my life. There’s not much else, ”Enríquez, winner of the 2019 Herralde Novel Prize, said goodbye to him.

The son of a wealthy family, Forn was born in 1959 in Buenos Aires. Hearts, his first novel published in 1987, recounts in the second person the first love and orphanhood of a boy who visits his grandfather in the Sierra de Córdoba, in the center of the country. On Swimming at night, his only collection of short stories, describes the youth in Buenos Aires in the late eighties, between the trauma of a veteran of the Falklands War and the apartments in trendy neighborhoods full of cocaine and sadness. The eponymous tale, the story of a deceased father visiting his son very late one night, became a phenomenon and catapulted him to fame. “When hyperinflation bombed Buenos Aires, Forn and Rodrigo Fresán were our Salinger and Carver, role models for those of us who wanted to be writers ”, wrote this sunday the writer and editor Santiago Llach.

While bringing literature to the fore in the age of television, Forn climbed the pyramid of the publishing industry. He began as a messenger in Emecé, where he became a literary advisor, and consolidated himself in the Planeta publishing house. There he became one of the architects of the modernity of Argentine literature. His collections, Biblioteca del Sur and Espejo de la Argentina, where he published authors such as Fogwill, Tomás Eloy Martínez, Matilde Sánchez and Alberto Laiseca, inaugurated a new panorama in the country. Argentina turned to read authors who “began to write in the shadow of French existentialism, the beatniks and the Cuban revolution, or the birth of pop, the sexual revolution and structuralism; or the advent of punk, computers and AIDS ”, as Forn himself described them in the prologue of a selection he edited for Anagrama in 1992.

In it, he also published for the first time in Spain César Aira, the last Formentor prize winner and eternal figure in the lists of favorites for the Nobel Prize. Accompanying Aira with names like Ricardo Piglia, Alan Pauls, Abelardo Castillo and Sylvia Iparraguirre, her selection shines to this day. “When it was published, the divorce that existed between Latin American authors and Spanish readers was bordering on tragedy,” Enrique Vila-Matas wrote about the anthology. “In those days, the Argentine narrative was, for Spanish readers, only Borges and Bioy Casares, whom they mistook for their squire.”

Founder of the magazine Radar, the cultural supplement of the newspaper Page 12He spent almost 15 years writing the back cover of the newspaper. “Los Fridays”, the name of his column published before each weekend, was a personal cartography of Argentine and global culture. In them he could describe the inbreeding and myopia of the upper class from which he escaped (about Mauricio Macri, with whom he shared the school, the Cardenal Newman school, he wrote: “More than president, what he wants is to have been president, to finish a time his political adventure and return to the only nucleus of belonging that he recognizes: that of the Newman Boys ”) with the same ease with which he reviewed the list of nine assistants who had the funeral of Karl Marx or dissected the dreams that Borges told him to Bioy Casares.

Forn published his last fiction book in 2007, but he never stopped reading and sharing. In 2017, he began curating the Rara Avis collection, published by the Tusquets publishing house. Among the texts of the Argentine writer Isidoro Blaisten, the original of The Great Gatsby that Scott Fitzgerald submitted to his publisher under the title Trimaltion, or the memoirs of Frigyes Karithy, a Budapest columnist who in 1936 documented a trip through interwar Europe to undergo surgery for a brain tumor, the editor continued to share his discoveries. The last, at the beginning of 2019, was the publishing phenomenon The evil ones, by the writer Camila Sosa Villada, who the following year won the Sor Juana Inés de la Cruz prize.

In the prologue to the story of the pain and enjoyment of a trans woman who finds herself in one of the most conservative regions of Argentina, Forn summarized the rule that forged her reading and her life: “It is that kind of book that, in when we finish reading, we want the whole world to read it ”.