Jovic the reborn: another goal with Eintracht against Arminia Bielefeld 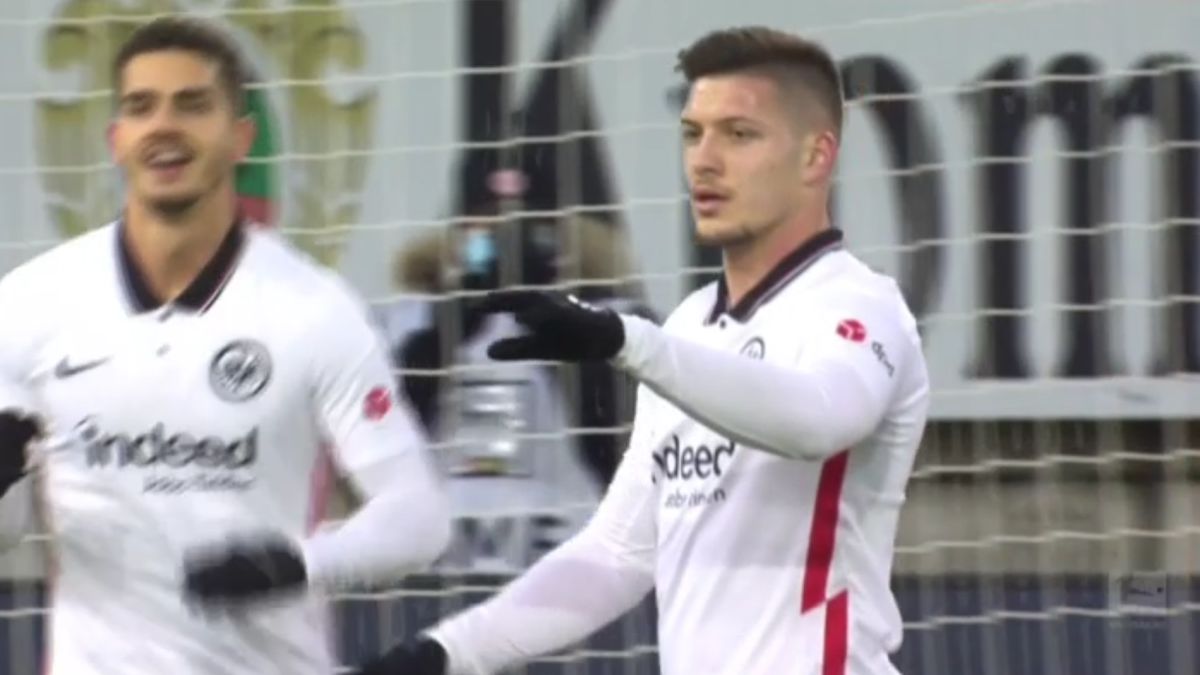 The Jovic effect continues to give wings to a Frankfurt who sneaked into the European positions after endorsing a hand (1-5) to Bielefeld. Without Luka Jovic in the eleven, Adi Hütter’s pupils sentenced the game in just eight minutes of pure madness, but the moment of the striker owned by Real Madrid came again after entering the field in the second half. Just like a week ago, when the striker rebooted in Frankfurt with a double in half an hour, Jovic entered the second 45 minutes and got wet again. There are already three goals in three games. It is the reborn.

Hütter left out the former Madrid player to opt for André Silva from Sevilla, a bet that could not have gone better. It didn’t take long for Eintracht to take over the dominance at SchücoArena, but they had to wait until about half an hour for the goals. Of course, they all came at once. André Silva put Frankfurt ahead in the 25th, Kostic went up second in the 27th and, once again, André Silva left the clash resolved in the 33rd although Córdova cut differences in the 36th minute. Bielefeld’s madness took over.

The pace dropped in the second 45 minutes, also due to an own goal by Nilsson that, this time, was the final sentence in favor of an Eintracht in which Jovic was still on the bench until Hütter, finally, decided to give him half hour to the loan of Real Madrid. He did well. At nine minutes on the field of play, Jovic controlled a Kamada cross near the penalty spot and finished with a low left foot, unstoppable for Ortega in the local framework. He has three goals in 75 minutes on the pitch for Frankfurt. One every 25 minutes. They will find out at the Santiago Bernabéu offices.