Journey to ground zero for floods in Europe 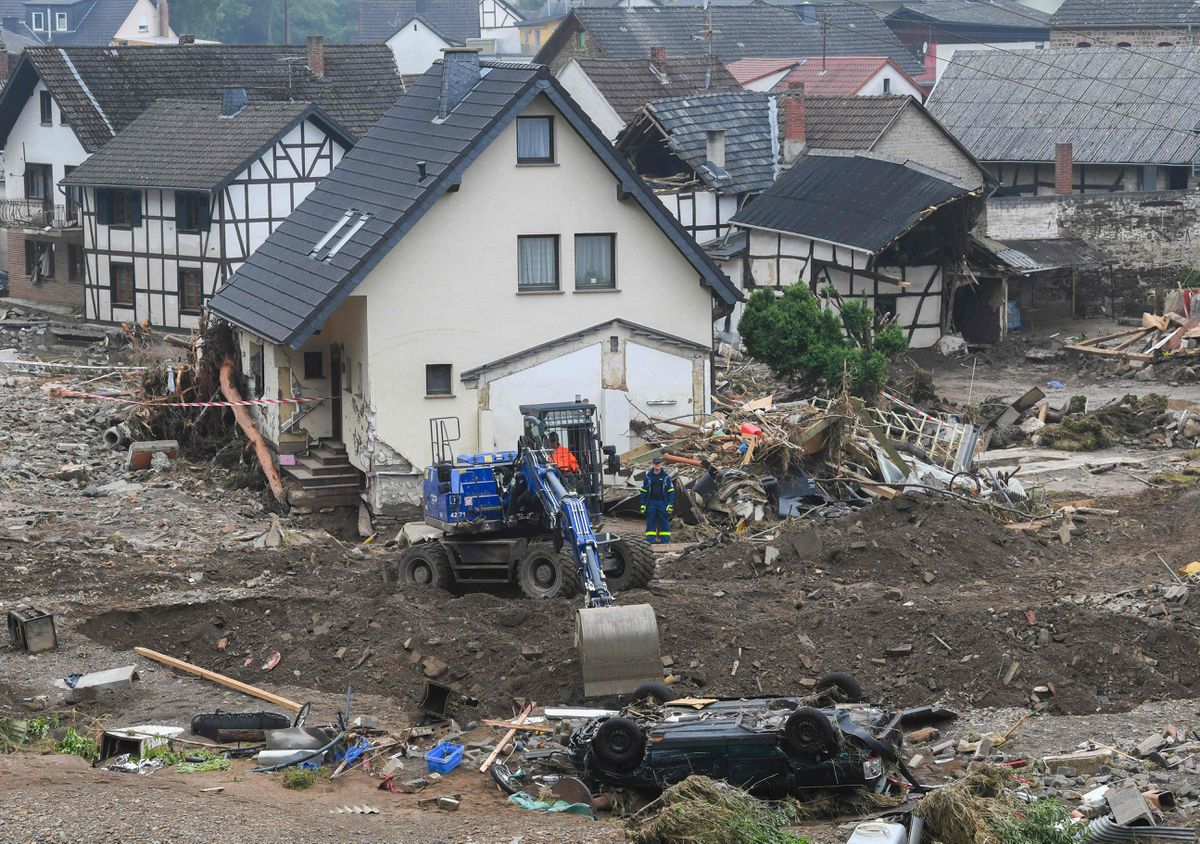 The sun has risen in Schuld and two eighty-year-old neighbors are sitting outside the house of one of them. The views on this side are not very pleasant: trucks, fire engines, backhoes go up and down its steep street without a break. On the other side, from Gertrud Trimborn’s stunning terrace overlooking the river, they are bleak. “It is very sad. There is nothing left, ”says the woman as she invites us to pass to look down the slope towards the Ahr, a usually harmless river, almost a stream at certain times of the year.

In Schuld, a town of almost 700, the Ahr meanders so steeply that it almost closes in on itself in a circle. It was one of the things that made the town such a picturesque place. On Wednesday afternoon the raging waters washed over it. Four houses disappeared, as if uprooted. There is hardly any wall left of the other two. Fifty, says one of the firefighters who work in the area, are so damaged that they are unrecoverable.

The sun has dried the mud and the passage of heavy vehicles causes a few dust clouds that make the neighbors and those who have come to help cough. The part closest to the river is still muddy. There are mountains of rubble. Two helicopters come and go constantly. In the first hours many people were rescued by air. Several of the roads in the area are closed. Some to facilitate the passage of emergency vehicles, but in others the water has caused sinkholes and landslides that make circulation very dangerous. Schuld, in the state of Rhineland-Palatinate, south of Bonn and 50 kilometers from the Belgian border, is the town most affected by the serious floods that have claimed at least 143 deaths in Germany. In Belgium there are at least 27 deaths

Schuld was practically isolated after the flood. There is still no running water or electricity, and telephone coverage has recovered this Friday. Despite the discomfort, Margret Gremm, 82, has not wanted to leave her home, which is located right in front of the river but in a slightly higher area. “We have been very lucky. The water came so fast… There was no time to react, ”he says, pointing to two stone cairns that were part of a bridge that crossed to the other side of the river. It’s the only thing left. “It was like a tsunami that washed away everything in its path: big trees, electrical appliances, cars …”.

The force of the rain, which fell with an intensity never seen in the area, washed away two other bridges. Meteorologists had warned of heavy rainfall, but no one thought that so much water could fall. The rivers, many tributaries of the Rhine, could not assume as much flow and overflowed.

In the entire Ahrweiler district, to which Schuld belongs and the most affected by the floods with 98 fatalities, flooded areas could be seen on Friday. Experts have explained that the terrain was very wet after many days of rain and the record rainfall this week made it impossible to filter such an amount of water. “The river Ahr grew two inches every minute,” explain two teenagers, Alanna and Anna, who come out of ground zero of the wreckage full of mud up to their knees. The ground floor of Anna’s house has been washed away by water and mud. “The kitchen, the living room … You have to take everything out and throw it away,” he enumerates. She, her parents and her sister are living with her grandparents. “It was all so fast … In just over 10 minutes the water reached us here,” he says, pointing to his waist: “It is a small river … I would never have thought that it could cause so much destruction.”

The floods have also affected Holland, Luxembourg, Switzerland and eastern France, but it has been in Belgium and, above all, Germany where they have left a trail of devastation and images of entire towns flooded under the waters of rivers such as the Ahr or the Erft, tributaries of the Rhine, in large areas of two Länder, Rhineland-Palatinate, and North Rhine-Westphalia. In Belgium, the Moselle, whose waters also go to the Rhine, is the one that has caused the most damage. “Entire roads and highways have disappeared, said Fabien Beltran, mayor of Trooz, one of the towns with the fatalities. For Germany it is the worst natural catastrophe since 1962, the year in which floods in the North Sea killed 340 people.

Among those killed by the floods are 12 residents of a center for people with intellectual disabilities in Sinzig, at the confluence of the Ahr with the Rhine. “The water reached the roof of the first floor in a minute,” he told ARD public television. Managing Director, Matthias Mandos. Workers on duty at night managed to move some residents to upper floors, but did not reach all. “When they went looking for the next ones, it was too late,” Mandos said. On Friday, according to the images of the chain, the mud marks were seen on the walls of the building up to three meters high. Among the victims of the storm there are at least four firefighters, according to German media.

Since Wednesday the number of deaths has not stopped increasing. Dozens of people remain unaccounted for. On Thursday the Ahrweiler district reported 1,300 missing people, but the area has been without telephone coverage, which could explain why many people have not been able to tell their families that they are well. In another district, Heinsberg’s, emergency services had to take hundreds of people to safety Thursday night after a reservoir ruptured. Around 700 people had to leave their homes. The situation remains tense in this area, close to the border with the Netherlands.

German Chancellor Angela Merkel is scheduled to go to the affected towns on Sunday – Schuld will probably be one – after returning from her official trip to Washington. This Saturday the German president, Frank-Walter Steinmeier, and the conservative candidate for the September general elections, Armin Laschet, also president of the state of North Rhine-Westphalia, visited the area. Both toured Erftstad, another of the districts badly hit by the storm. Laschet was involved in a controversy on social networks because in the images in which Steinmeier appears to express his condolences to the families of the victims, he is seen in the background laughing with other participants in the visit. Less than two months until the general elections.